Award-winning author Louise Penny resisted many offers to take her books to the small screen. Now, a CBC film adaptation of her book, Still Life, is scheduled for this fall. Penny spoke to Chatelaine about why she decided to make the movie. 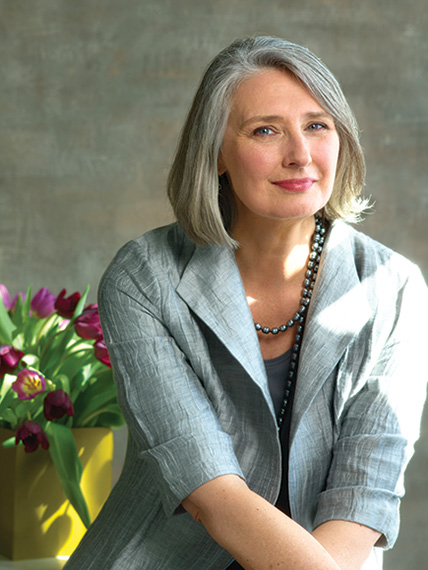 Why she agreed to TV

“I said no to filming three times, but they kept coming back! I was drawn to this production company because one of the partners is Phyllis Platt, who was the head of CBC television drama, so she really knew what she was doing. I also felt very strongly that it had to be a Canadian company and that it had to be shot in Quebec [which is where the book is set].”

Why actor Nathaniel Parker is fab

“In the books, Gamache speaks English with a British accent, which is inspired by Jacques Parizeau, the former head of the Parti Québécois. He learned English in Britain, so he speaks like a member of the House of Lords, and it always struck me as very charming. That was in the back of my mind when I was writing Gamache. Nathaniel Parker is a genius actor, and it was important for me that he look the part, but more than that, he had to capture the essence of the character.”

Her ninth Inspector Gamache book, How the Light Gets In, has just hit the shelves. The title is from a Leonard Cohen song, and it seems he might be one of Penny’s biggest fans: He let her use the name for free. “Instead of asking for thousands, he asked for nothing. I cannot begin to imagine the light that floods into that man.