Against Amazon: The Story Behind A Canadian Publishing Phenomenon

The Spanish writer Jorge Carrión loves books, and hates Amazon. The indie publisher Biblioasis didn't expect his essay about it to go viral. 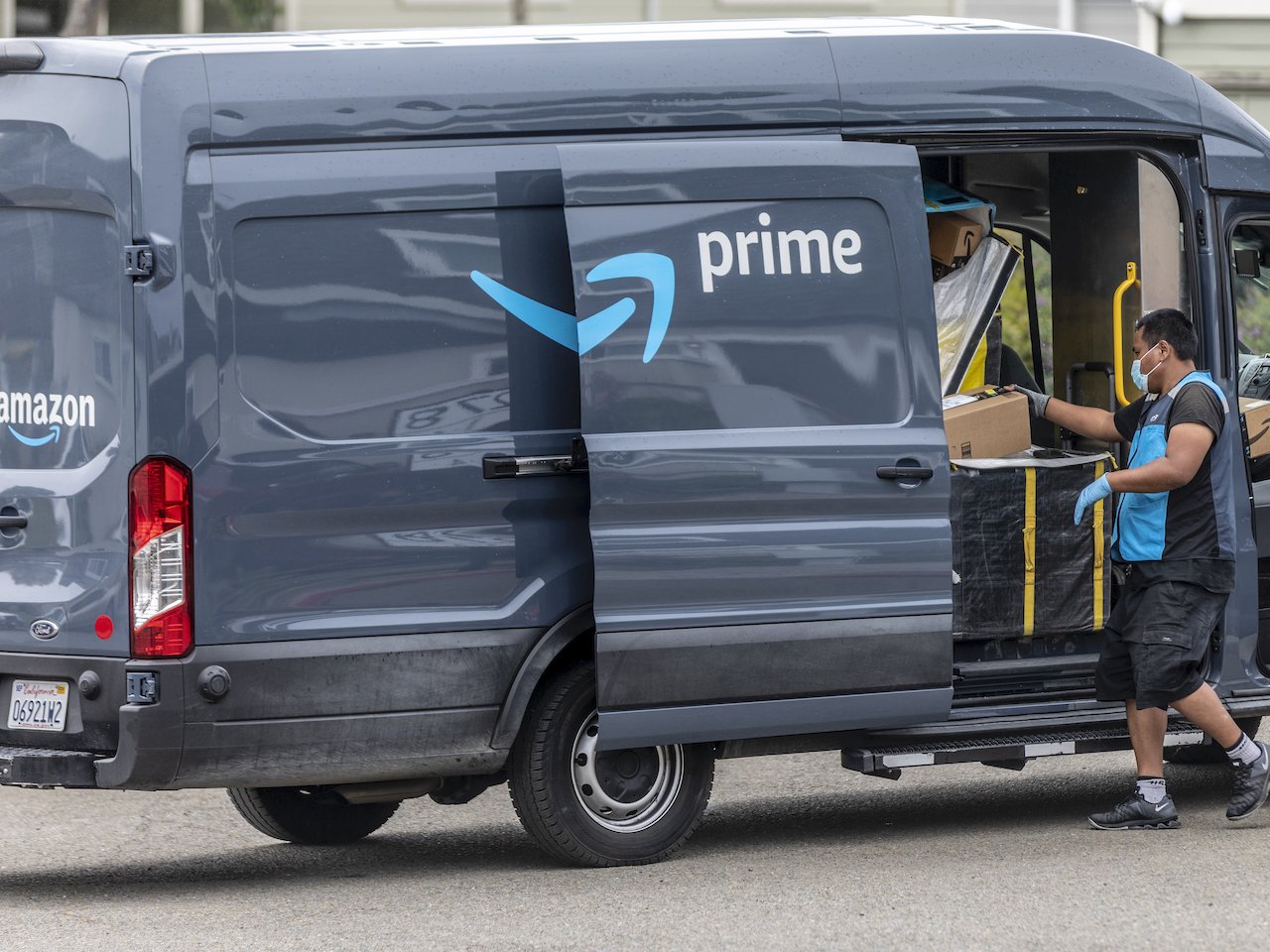 The Spanish writer Jorge Carrión loves books, and hates Amazon. In 2018, the indie Canadian publisher Biblioasis released an English-language version of Bookshops, his global history and loving ode to brick-and-mortar bookstores. The small Windsor, Ont. company also printed a few copies of “Against Amazon: Seven Arguments,” an essay that Carrión had written for a Spanish magazine about his distaste for the behemoth online marketplace.

The little hand-bound book was meant to be a gift for booksellers and journalists, but became a phenomenon. Demand was so high, Biblioasis had to scramble to produce several thousand copies. Carrión’s argument that Jeff Bezos “built the world’s biggest hypermarket behind a huge smokescreen shaped like a library” had hit a nerve.

This past October, Amazon reported that online pandemic shopping has made 2020 its most profitable year ever, and the holiday season hadn’t even started yet. According to the anonymous Canadian Amazon Workers Collective, this time of year usually means the mass hiring—and eventual mass firing—of warehouse workers and drivers, tasked with thousands upon thousands of deliveries on very tight deadlines. This year brings an added risk: after much prodding, the company reported that between March and mid-September, 20,000 workers contracted COVID-19.

Biblioasis has just released Against Amazon And Other Essays, which reprints Carrión’s original manifesto alongside new pieces exploring his appreciation for literature, books and reading as a real-life experience. Here’s an excerpt of “Against Amazon: Seven Arguments,” which started it all. —Denise Balkissoon 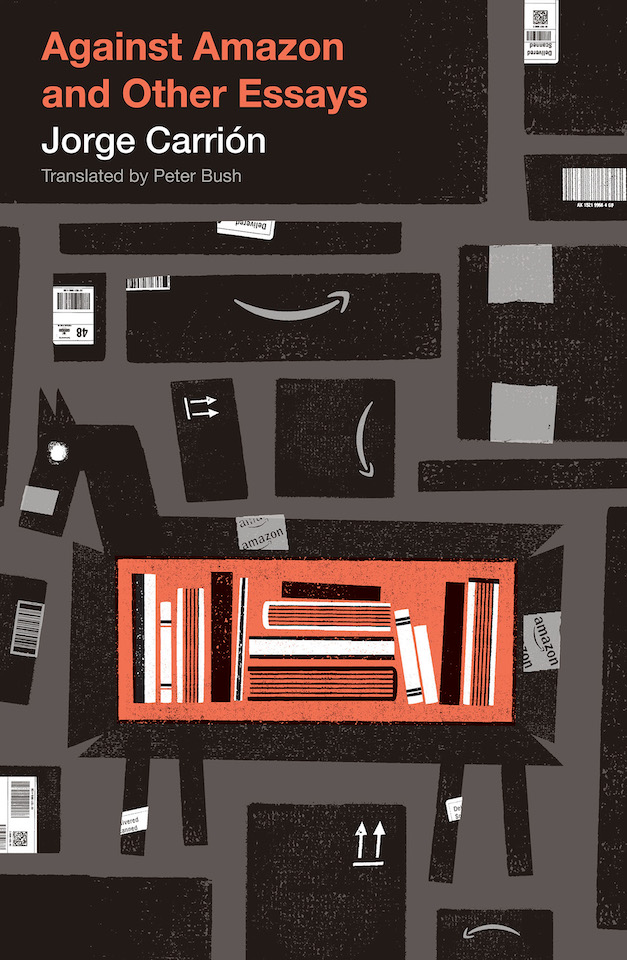 IV: Because I don’t want to be an accomplice to a new empire

There are no booksellers on Amazon. Human book recommendations were eliminated because they were understood to be inefficient and because they torpedoed speed, the only value the company recognizes. Recommendations are now in the hands of an algorithm. An algorithm represents the height of fluidity. The machine transforms the customer into the prescriber. Customers who bought this product also bought. Self-publishing puts the process in the hands of the producer. Amazon eliminates intermediaries or makes them invisible as if they were so many robots. The company is like an ordering machine. It wants to be so streamlined as to seem invisible. Eliminating dispatch costs and haggling with clients means it gets the lowest possible price for the individual customer. Amazon seems cheap. Very cheap. But we now know that cheap means expensive in the long term. Very expensive. Because that invisibility is mere camouflage: everything is so quick and streamlined that there seems to be no middleman. But there is, and you pay for it with money and data.

Order, items, price and dispatch: individual processes dissolve in the flow’s non-material logic. For Jeff Bezos—as for Google or Facebook—pixels and links have a material correlative: the world of things can work like the world of bytes. The three companies share an imperialist desire to conquer the planet by defending unlimited access to information, communication and consumer goods while forcing their employees, and their publishing partners, to sign contracts with confidentiality clauses, hatching complex tax-avoidance strategies in the countries where they are based, and constructing a parallel, transversal global state, with its own rules and laws, its own bureaucracy and hierarchy and its own police. And with its own intelligence services and its own ultra-secret laboratories. Google X, the research and development centre for that company’s future projects (from 2015 called Company X), is in a location not far from the firm’s central headquarters that for a long time remained undisclosed. Its five-star plan has now become a network of stratospheric balloons called Project Loon that will bring billions of people around the world online, many for the first time. A parallel project is Amazon Prime Air, the company’s new distribution network, which relies on 25-kilogram hybrid drones that are half-airplane, half-helicopter. In 2018, the US Federal Aviation Administration changed its regulations to facilitate the use of drones for commercial purposes and to make it easy to qualify for a drone-pilot certificate. Long live lobbying! Let our skies fill with robotic distributors of Oreos, cuddly toy dogs, skateboards, toasters, rubber ducks and… books.

Unlike Facebook and Google, who’ve to wrestle with the possibility that your name and data may be false, and who do all they can to get your phone number because they failed to request it when you originally opened your account, Amazon, from the very start, has had all your data: real, physical and legal. Even your credit card number. The company may not have as much access to your emotional and intellectual profile as Google or Facebook, but it knows almost everything about what you read, eat or like to give as presents. It’s simple enough to deduce the state of your heart or brain from the goods you buy. Amazon’s empire was born from items that enjoy the most cultural prestige: books. It built the world’s biggest hypermarket behind a huge smokescreen shaped like a library.

V: Because I don’t want them to spy on me while I am reading

In the beginning was a single piece of data.

In 1994, Jeff Bezos read that the World Wide Web was growing at a monthly rate of 2,300 percent. So he left his Wall Street job, moved to Seattle and decided to start selling books on the internet.

Ever since, the data has been multiplying, piling up organically like a monster with tentacles, a storm cloud or a second skin: we have been turning into data. We leave it behind us in thousands of everyday operations that trace our fingerprints on the internet. Our cell phones send it out. We are constantly delineating our autobiography with our every act or tap on our keyboards.

On World Book Day in 2018, Amazon revealed what the most frequently underlined sentences on their Kindle platform were. If you read on your device, the company can find out everything about your reading habits. On what page you gave up on a book. Which pages you finished. How fast you read. What you underline. The great advantage of a print book isn’t its portability, durability, autonomy or even reading’s close relationship with the memorization and learning processes, but the fact that it is permanently disconnected.

When you read a print book, the energy and data you release through your eyes and fingers belong only to you. Big Brother can’t spy on you. Nobody can take that experience away or analyze and interpret it: it is yours alone.

That’s why Amazon launched its global campaign, the “Kindle Reading Fund,” ostensibly to encourage reading in poor countries, but in reality to accustom a new generation of consumers to read on screen, and to have the ability to study them and to get all five continents on its database. That’s why the Planeta Group—a multimedia corporation that welds together more than a hundred companies, making it the sixth biggest communications group in the world—is investing in business schools, academies and university institutions: because it wants to maintain high levels of literacy to ensure future sales of the novels that win the Planeta Prize. We’ll see who wins out.

More specifically, let’s see if we all win.

Excerpted with permission from Against Amazon and Other Essays by Jorge Carrión (Biblioasis, November 2020).