The Case For Black Joy

For Black people, being publicly joyful is an act of resistance. So, let’s have more of it. 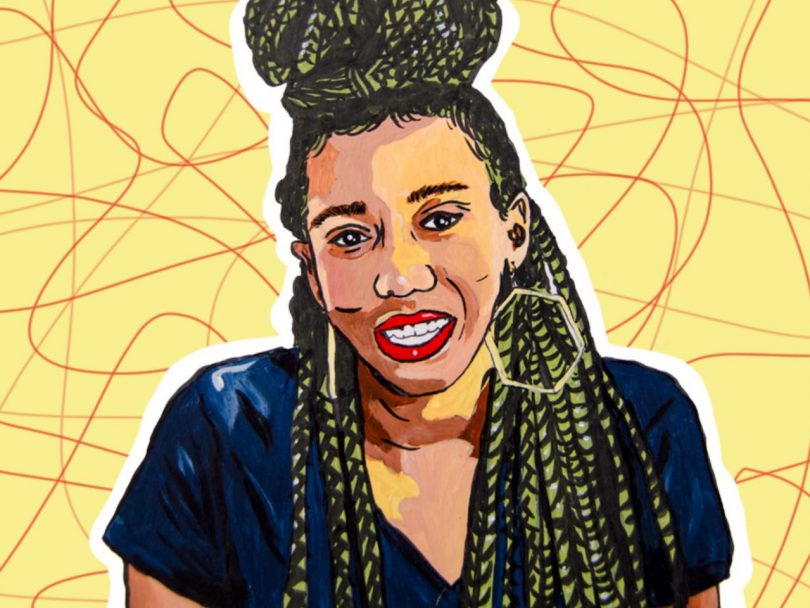 Around this time last year, I saw Black Panther in the theatre. It was a revelation. I loved it so much and felt so seen, that I contemplated finding Ryan Coogler and just throwing my money at him in advance for his next film. The next day, still buzzing, I made the following post on my Facebook page: “Just saw Black Panther. Now understand what it feels like to see a cast of people who look like you being awesome and kicking ass in a movie, for pretty much the first time in my life. We need like 100 more Black Panthers and their ilk. #wakandaforever #afrofuturism.” Then, I added a link to a shortlist.com article titled “Why Black Panther matters so much to Black people” and hit post.

But my brief expression of joy was apparently too much for a distant high school acquaintance that I hadn’t spoken to in over 20 years, who quickly responded, “I guess nobody remembers Blade, The Matrix… all kickass.” Given that she was the second person to comment, “nobody” obviously meant me.

Oh, the Beckery. She didn’t like my simple expression of joy at seeing Black Panther. At a dark-skinned love interest. At a Black, teenage genius who leaves Tony Stark in the dust. At a wise, regal, dreadlocked Queen. At seeing a multitude of Black excellence represented for the first time.

No. According to her, I should have paid homage to The Matrix and Blade, two films that formed some prior pantheon of mostly Black afro-futuristic cinema that, in her mind, displayed Black excellence on par with Black Panther. (Spoiler: They are not. Not. Even. Close.) To her, my comment was an insult to those movies.

I responded, bewildered: “The Matrix? You mean the one starring a white dude and his white love interest and white main villains? Sure, it’s got some POC, but seriously, you don’t see the qualitative and quantitative difference between that and Black Panther?” I added a screenshot of the top billed actors, Chadwick Boseman, Luptia Nyong’o and Danai Gurira’s dark brown beauty standing in stark contrast to Wesley Snipes and… a bunch of people whose skin looked nothing like that of Wesley Snipes.

She couldn’t let it go. “I see it as the progress, the little steps towards making a movie like black panther [sic]. you [sic] gotta start somewhere, and those movies definitely paved the way.”

Utterly confused, I asked her if she had even read my post. I had been celebrating Black Panther’s landmark achievement. It was the first time I saw an almost entirely Black cast portraying excellence, I said. And I was not talking about the past or other movies, but my own personal experience with THIS movie, and how it had never happened before for me. I pointed out that her comment literally meant, “I guess nobody remembers these movies that are not the same as this at all,” and that what she COULD have said is, “Yeah, it’s great to see Black people represented in such a powerful way” with some comment about how steps were made in previous movies, if she really wanted to give Blade and The Matrix what she thought was their due. Instead, she came riding into my comments trying to diminish my Black joy.

What we mean when we talk about Black joy

Because that is exactly what this was. Her intent and effect was to stifle and dampen my joy. What else could it have been about? Her subsequent attempts to “explain” got more and more confusing, nonsensical and in some warped way, hilarious. At one point, she devolved into revisionist history that was easily disprovable with a scroll. She claimed that in my original post I, “said ‘Black superhero’ specifically.” (I didn’t.) Then she said that’s what made her remember “some good movies with Black superheroes and merely mentioned them.” (Nope. To quote Bianca Del Rio, “Not today Satan, not today.” Also, Morpheus and Blade? Not superheroes. At least stan correctly.)

Simply put, Black joy is the unabashed enjoyment of Black culture without apology, hesitancy or shame. It’s Sterling K. Brown and Susan Kelechi Watson doing the #InMyFeelingsChallenge on the set of This Is Us. It’s photos of Black Panther’s cast at this year’s awards shows, proudly rocking their natural hair and dark skin. It’s every single post in the #BlackBoyJoy hashtag on Instagram.

But outside of those examples, it’s still very rare to see Black joy in mainstream media and other spaces, and reactions like “Becky’s” are one of the reasons why. Our expressions of joy are not granted space to thrive; instead they’re met with skepticism, pushback and resistance. And at a certain point, it becomes exhausting to even be joyful.

“There is a certain level of suspiciousness that white people have when they don’t get things. When you see Black people enjoying something, and you can’t own or consume it yourself, it’s like ‘they’re having all this fun without me, I have to go ruin this,’” says Andray Domise, a writer, pop culture commentator and co-host of the podcast Black Tea, which covers issues that matter to Canada’s Black communities. My interaction with “Becky” clearly showed that she felt some negative feelings about my joy, though she was unable or unwilling to admit it when I called her out on it. In fact, that she felt entitled to weigh in on my joy in the first place is a clear example of another dynamic at play: people like “Becky” don’t just feel like they can comment on Blackness, they also don’t think they need to listen when Black people speak. It’s just one example of the ways Black people aren’t listened to, but rather talked over.

Black joy is also rare because the mainstream media would rather focus on Black pain. Think about the roles that Black people occupy in movies and literature and media narratives. Turn on your TV, or log into Twitter. You will see Black pain and Black struggle exploited, from images and footage of police shootings playing on a loop, to Luke Willis Thompson’s Autoportrait to Django Unchained. You will see stereotypes, and not the broad spectrum of our realities. And that has real-life consequences. Delia Douglas, a scholar and sociologist who studies the impact of slavery, imperialism and colonialism on social relationships, points out that “the hypervisibility of Black pain and anti-Black terror … undermines our existence, because it contains us. It becomes the only way we can be seen.”

Sajae Elder, a writer, editor, podcast host and producer who edited the Joy Issue of The Ethnic Aisle, an online magazine focused on multicultural views, agrees, noting that, “there’s headway being made, but Black representation can be one-dimensional and almost like we aren’t ‘allowed’ to be anything besides downtrodden, re-telling the stories of trauma that give an understanding of our experience.”

Black joy is a way to protect ourselves from anti-Blackness

So, when Black people express joy, we’re not just happy; we’re also signalling our strength and humanity in the face of a history and culture that sought to keep us down. But our joy is confusing to the dominant culture. It is dissonant, pushing back against an overwhelming and limited narrative. That’s why my small, celebratory post was an act of resistance, though I didn’t necessarily intend it to be.

Such acts of care and joy have long been a way in which we cope. Charmaine A. Nelson, a professor of art history at McGill University, notes that during slavery, our ancestors were denied access to self-care and things that bring joy—choosing love, grooming and anointing our bodies—because of a lack of leisure time and demand for constant labour. “You think, who is going to bother to do that in those circumstances? But our ancestors did bother, because it’s how they maintained their humanity,” she says.

More Black joy, and more of its resistance is sorely needed. But it’s not just the responsibility of Black people to create and share that joy. Media and artistic communities have a responsibility to seek it out and show it, given the large role they have played in fetishizing and popularizing Black pain. I asked Douglas what she thinks would change if there were more expressions and open portrayals of Black joy. “It would communicate on multiple levels to multiple audiences our diversity our complexity, our taking up space, our claims to belonging, contrary as they may be, as we are in a context of dispossession and settler colonialism. It would create spaces of opportunity, possibility, and affirmation.”

What needs to happen now

Elder concurs. “It’s important obviously to discuss and understand the ways Black people have been and continue to be marginalized, but I also think that showing the full scope of our humanity involves happiness and not just after overcoming a trial or tribulation but as the central idea. It would serve to create even more diverse and rich output in media and the arts, and create more opportunities for a larger variety of stories to be told.”

And so, I call on mainstream media to make a Black History Month resolution: To make space for, highlight and cultivate Black joy. The depth of it. The range, the bliss, the rapture. Do your part to shape an accurate narrative, to undo past harms. To portray the full range of our humanity.

I wanted to feel joy that day, with that post. I wish my interaction with “Becky” got better. I stayed calm as she made comment after thoughtless comment, the point sailing over her head while a little of my joy was taken away each time. But my friends saw our interaction and took action, stepping up to try to collect her. They saw how I couldn’t even simply celebrate something that is important to me culturally without someone trying to diminish its importance, underhandedly telling me that a historic Black accomplishment is actually not so historic. That someone thought that my celebration needed to be qualified.

She might not have learned a lesson from their comments, but I know they did. And so, I will keep on being joyful. I will confront those who resist, and notice those who listen and more importantly, those who step up.