According to a recent survey (via Maclean's), there is one place where Canadians abandon their oh-so polite demeanor and let their jerk flag fly. That magical location: the nation's highways, roads and city streets. 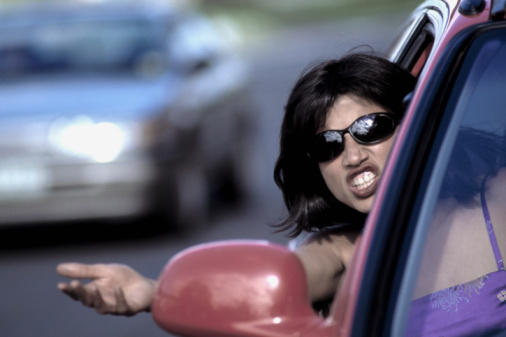 Canadians have a reputation for being modest and unassuming, especially among our supremely confident neighbours to the south. Maybe Americans need to do more road trips in the Great White North to correct their incomplete impression of us, because according to a recent survey (via Maclean‘s), there is one place where Canadians abandon their oh-so polite demeanor and let their jerk flag fly. That magical location: the nation’s highways, roads and city streets.

Canadians are downright rude on the roads, suggests a poll by the Canadian Automobile Association (CAA).  The poll asked more than 5,000 Canadians around the country to rate the current driving culture. In the end, three out of four people seemed to feel that driving habits have gone downhill and motorists have become less polite and more impatient than they were even five years ago. Only two percent felt that drivers had become less impatient over the past five years, while 21 percent felt that drivers were no more nor less annoying than before.

What are some of the infuriating behaviours drivers are doing in excess right now? The poll listed road rage, cutting someone off, and texting while driving as the top three sins a driver can commit on the road. Following too closely, talking on the phone, and throwing trash out of the car window were listed as numbers four through six, respectively. Oddly enough, speeding and frequent lane changing were considered less annoying and ranked at numbers nine and ten on the list.

Don’t despair of the end of civility on Canada’s highways and side streets. In this case, it may be better to see the trunk half-full rather than half empty. In a statement that accompanied the survey release, CAA’s vice-president of public affairs, Jeff Walker emphasized the bright side of the poll. Said Walker: “The good news is these are all correctible behaviours. If we concentrate more on good driving habits, and on being courteous to fellow motorists, we will all benefit.”

So be the patient, courteous motorist you’d like others to be on the road and say a little prayer that you’re not the only one refraining from texting and raging while behind the wheel.