As Americans brace for a rollback of reproductive rights after a vote to overturn Roe v. Wade, Canadians consider how to protect our rights to abortion. 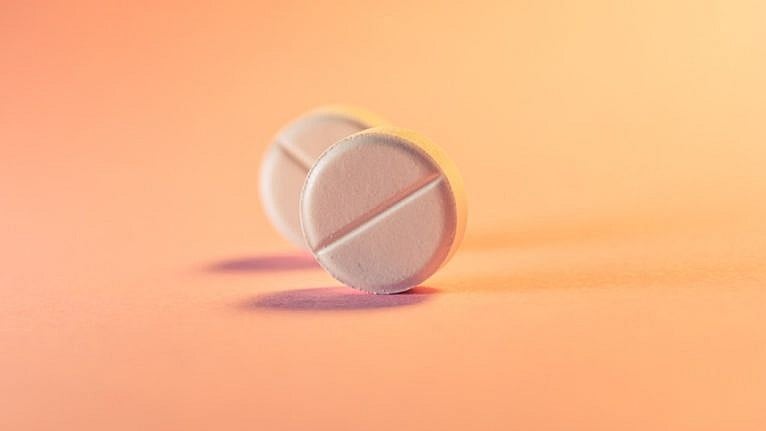 On May 2, a leaked document revealed that the U.S. Supreme Court is preparing to overturn Roe v. Wade, the landmark ruling that affirmed pregnant people have a constitutionally protected right to access abortion without government interference. This decision will have disastrous effects for people who need abortions in the States, effectively eliminating access to this health care procedure in many parts of the country.

As Americans brace for a rollback of reproductive rights, many Canadians are worrying that the same thing could happen here. How secure is access to abortion in Canada?

What’s the legal status of abortion in Canada?

As in the U.S., abortion rights in Canada largely stem from a particular Supreme Court case: R. v. Morgentaler. Prior to this 1988 ruling, Canadians seeking an abortion were required to ask for approval from a therapeutic abortion committee, made up of three doctors. Only if those doctors decided the abortion was medically necessary would an abortion be granted. Dr. Henry Morgentaler, a reproductive rights advocate who operated abortion clinics in Montreal, Toronto and Winnipeg, challenged this law and won: In a 5-2 decision, the Canadian Supreme Court ruled that therapeutic abortion committees were unconstitutional.

According to Margot Young, a professor of law at the University of British Columbia and an expert in constitutional law, this ruling is an important distinction. “The Supreme Court of Canada didn’t find that there was a right to abortion,” says Young. Instead, it found the use of therapeutic abortion committees was contrary to Section 7 of the Charter of Rights and Freedoms, which guarantees security of the person. That leaves the door open for future legislation that could restrict abortion access in some way.

But historically, Canadian politicians have avoided discussing abortion, which is widely supported by Canadians across party lines. Former Conservative Party leader Andrew Scheer lost support when he came out as personally anti-abortion in 2019, despite vowing not to “re-open the abortion debate,” and resigned as party leader shortly after losing the federal election that same year.

The last serious attempt to to pass a new abortion law was made by the Conservative government a year after the Morgentaler ruling was issued, but it failed at the Senate. “Since then, there have been no more attempts besides really unsuccessful private members’ bills,” says Young, referring to bills introduced by individual party members, such as the failed “sex-selective abortion” bill introduced by Conservative MP Cathy Wagantall in 2020. This puts Canada in the atypical position of having no abortion laws at all.

How hard is it to get an abortion in Canada?

Even though the legal status of abortion is the same everywhere in the country, access varies widely depending on where you live, and how far along your pregnancy is.

For those who are less than 10 weeks pregnant, access in Canada has changed dramatically in recent years— for the better. “Before 2017, there was basically only one option available: surgical abortion, provided mainly in urban centres by specialized physicians in hospitals and clinics,” explains Dr. Sarah Munro, a health services researcher in the Department of Obstetrics & Gynaecology at the University of British Columbia. “People who lived in rural or suburban communities, or who didn’t want to access hospitals or clinical settings because of concerns about the quality of care they might receive, just had a really difficult time.”

The introduction of medical abortion in 2017 provided a new option for care that doesn’t require visiting a clinic or hospital. Commonly called “the abortion pill,” Mifegymiso is a combination of two medications that can be used to terminate a pregnancy of up to 10 weeks, or 73 days. During COVID-19, she adds, many providers shifted to “low-touch or no-touch abortion care models,” dispensing prescriptions through telehealth appointments. People pick up their prescription at the pharmacy like any other medication, and the cost is covered by provincial health care.

These changes have increased the number of providers for who can offer abortion care during the first trimester, when close to 95 percent of abortions in Canada take place. Munro’s research team administers the Canadian Abortion Providers Support Platform, an online platform to support providers interested in providing medical abortions to patients, which has more than 1,000 members across the country, including physicians, nurse practitioners, pharmacists, and midwives. A significant number are providers who had no previous experience with abortion care, and many are working in underserved areas.

Could the federal government introduce a law to protect abortion?

A recent poll by market research firm Leger and the Association for Canadian Studies found that 64 percent of respondents thought the government should introduce a bill to protect the right to abortion. And in a recent press conference, Prime Minister Justin Trudeau said, “We will stand up and ensure that women’s rights are always protected in this country.” But Young is skeptical about the lasting impact of a bill.

“The only thing that binds Parliament is a constitutional right,” says Young, adding that amending the Constitution would be incredibly difficult, particularly for an issue as contentious as abortion. Meanwhile, any other type of bill or law could be changed by future governments. “When Trudeau says, ‘I want to get a right to abortion [bill] that can’t be changed by future Parliaments,’ that’s not really reflective of the way politics and law around abortions currently work in Canada,” Young says. “Could they pass a bill of reproductive rights or abortion rights? They could, but the gesture would be largely symbolic.” That’s because health care services, including abortion, are delivered by provinces and territories. And laws affirming rights don’t necessarily create access: just look at P.E.I., which had no abortion providers at all until 2017.

One thing Young suggests the federal government could do is put more financial pressure on provinces that limit access to abortion. New Brunwsick, for example, still refuses to cover the cost of abortions provided in clinics, a violation of the Canada Health Act. Premier Blaine Higgs, who has been open about his anti-abortion beliefs, claims that there is sufficient abortion access provided by three hospitals. The province has been penalized by the federal government, which temporarily withheld a portion of its transfer payment—i.e. federal money used to pay for provincial healthcare—and are currently being sued by the Canadian Association of Civil Liberties. But so far these efforts have been unsuccessful in persuading New Brunswick to remove barriers to abortion access. Young suggests that Trudeau could try to amend the Canada Health Act to increase penalties, which might have a stronger impact at the provincial level.

How can I find an abortion provider?

It’s hard to find accurate information on the number of abortion providers. Action Canada for Sexual Health and Rights has an infographic on their website that has been widely shared, but its data is from 2014. Because of ongoing stigma, many abortion providers keep a low profile, which can make it challenging to search online for a provider near you.

The Choice Connect app is a free, confidential tool for locating a nearby provider. The National Abortion Federation and Action Canada for Sexual Health and Rights both offer free, confidential hotlines to provide counselling, support and referrals. The Abortion Rights Coalition of Canada also maintains an up-to-date list of abortion clinics across the country, though it doesn’t include medical abortion providers or hospitals.

Even though abortion has been legally unrestricted in Canada for 34 years, access issues have persisted due to stigma, misinformation, conscientious objection by anti-choice physicians and a lack of providers.

Most surgical abortion care is still concentrated in major urban centres, creating geographic and financial barriers to access essential care. But Munro emphasizes that this is not just an abortion issue. “I hear a lot in the media about challenges for rural and remote clients seeking services,” she says. “But the challenges are no different when trying to access ORs for reproductive health, or the shortage of family physicians or maternity providers all across Canada.” Canadians in rural and northern communities need more access to all kinds of health care services, including abortion. Likewise, Indigenous people, people of colour, and LGBTQ2S+ folks are more likely to encounter discrimination when seeking reproductive health care. These nuanced issues can’t be fixed with a national bill or a new law. Fortunately, the federal government has already committed $3.5 million to Action Canada and the National Abortion Federation to help them address these gaps.

While Canadians should be alarmed and outraged by what’s happening in the U.S., Munro stresses that our national context is very different. “This is a time where those who are opposed to abortion will be very vocal, but I think that’s where we need to provide the counter-argument: people are accessing abortion more easily now, and that there are more abortion providers than ever in Canada,” says Munro. Should Roe v. Wade end up being overturned in the U.S., abortion medication will no longer be legal in states that seek to ban abortion entirely–though it may not necessarily prevent people from seeking the medication out-of-state. “The draft decision that came out from the Supreme Court is not based in science. But in Canada, we have followed the science, by approving medical abortion, making it easier for doctors to dispense, making it publicly funded across Canada. This reflects a very different context where abortion is supported and normalized, and it’s important to continue amplifying that.”