A bit of a chat with Clare Allan 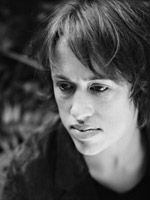 Chatelaine: You have first-hand experience with mental illness, the subject of Poppy Shakespeare – you spent a third of your life being treated as a patient in London psychiatric hospitals. Was it a natural decision to write your first novel about the same subject?
Clare Allan: That was the sort of material I had to work with, really. Being a part of the system was such a transforming experience. It’s a bit of a gift in a way, that sort of material, to a writer.

CH: You’ve stated that Poppy Shakespeare is not a memoir. Did you ever consider writing it that way?
CA: I suppose I did. That sort of seems the thing to do these days; there are so many of them. But I just would have found writing a memoir tedious. I lived it, and I didn’t want to live it again. I think I’m quite boring, to be honest. I was much more interested in exploring other people’s experiences. People I’ve invented, sure, but perhaps people coming from a different perspective than my own.

CH: The novel is sometimes very funny, with the main source of humour being the observations of the narrator, N. Actors say it’s harder to make people laugh than cry. Did you find the same is true with writing?
CA: No, I didn’t really. I certainly found the entire book quite hard to write. I found it hard to control N. She’s quite mouthy; she doesn’t shut up! In terms of humour, I think it is often found in the darkest, most desperate places, which can also be the funniest. That’s something I wanted to portray. When people write about mental illness it’s quite worthy, and people can get defensive. I think people are very funny in those situations – not always, there’s pain, too – but humour is a survival mechanism. I find it inspiring that people are like that.

CH: One of our online book club members thought Poppy Shakespeare would make a great stage play, and I agree. Would you ever consider a stage adaptation?
CA: Well, I’d love that. I love the stage and drama partly because it’s so immediate. The theatre can engage with contemporary political situations in a way that film can’t. The novel is coming out as a TV film next year on England’s Channel Four. It’s just such a different area; a film is so different from a novel. A play is more like a novel because it’s word-driven, whereas films are quite visual, really. It will be amazing to see it on the screen. Completely bizarre, really.

CH: What are you reading these days?
CA: Right now I’m reading another first novel, British author Nicola Monahan’s The Killing Jar . I’m really enjoying that. I read a lot of non-contemporary writers, too. I love Charles Dickens and Christopher Isherwood is the writer who made me want to write. What I love most about him is his humanity. I love the affection he has for his characters, and his ability to portray the most morally dubious behaviour with understanding, humour and empathy whilst maintaining his own separate moral viewpoint.

CH: What’s next for you? Are you working on a second novel?
CA: I’m not very quick. I’m very much at the idea stage. It’s going to be about lying. The central theme is that when people lie they reveal more than when they’re telling the truth. By trying to cover up, they’re being revealing. I want to explore that. Until I’ve got the characters, though, I can’t. I always feel as if the characters write it, really, then I have to try and edit it.