The Toxic Effects Of Workplace Stress

You know that little voice in your head that says your job is killing you? It might be right: New research has found that workplace stress can be as toxic to your body as second-hand smoke. 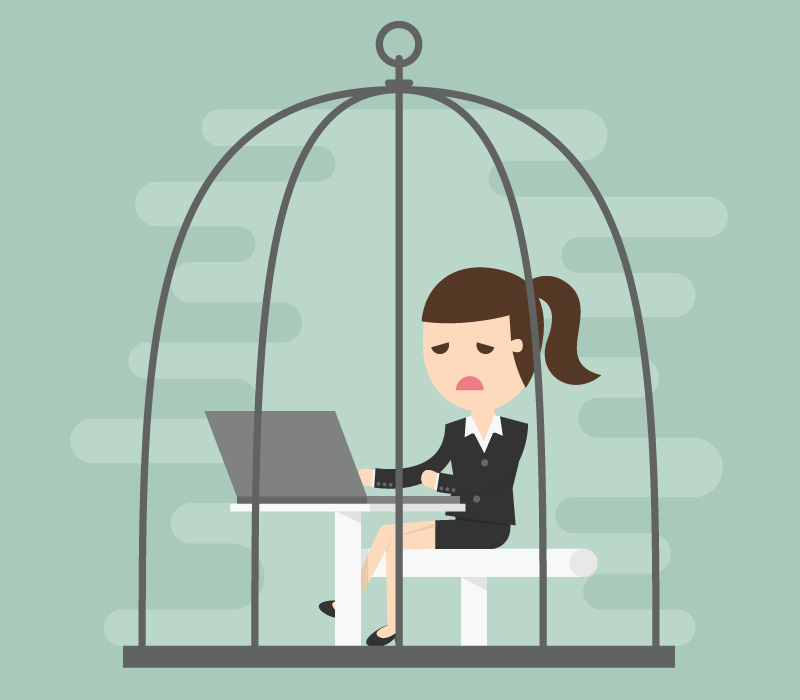 There’s a particularly cold prickle of fear that pops up when work leaves you feeling overtired, overwhelmed and under siege. It might seep in during a meeting, when your left eyeball starts to throb, or it might hit you later, when it takes far too long to realize your work pass will not open the door to your house. It lurks in the back of your mind when you’re wondering where exactly your short-term memory went, and it most definitely trickles in during the loneliest moment of your third consecutive night of insomnia.

With this nagging sense of dread comes a question you don’t want to answer: What is your job actually doing to you?

Most likely, you brush it off and get back to work. A roiling gut, a racing heart, that weird knot of pain in your shoulder — aren’t they just the price of admission to being employed in this sluggish, recessionary economy? “People think that stress is a normal part of work and everybody experiences stress, so they just have to suck it up and get over it,” says Mark Henick, a program manager with the Canadian Mental Health Association (CMHA), who works with supervisors and employees across the country.

But as new research suggests, concerns that the modern workplace may be harmful to our health are well-founded. As dramatic as it may sound, work and the chronic stress that can come with it may be slowly killing us.

In a meta-analysis done in 2015 of 228 workplace studies, researchers from Harvard and Stanford found that workplace stress can be as toxic to the body as second-hand smoke. High job demands increase your odds of being diagnosed with a medical condition by 35 percent, and if you consistently work more than 40 hours a week (perhaps to meet those high demands), you are almost 20 percent more likely to die a premature death. Constant worry about losing your job, the meta-analysis found, raises the risk of developing poor health by 50 percent. 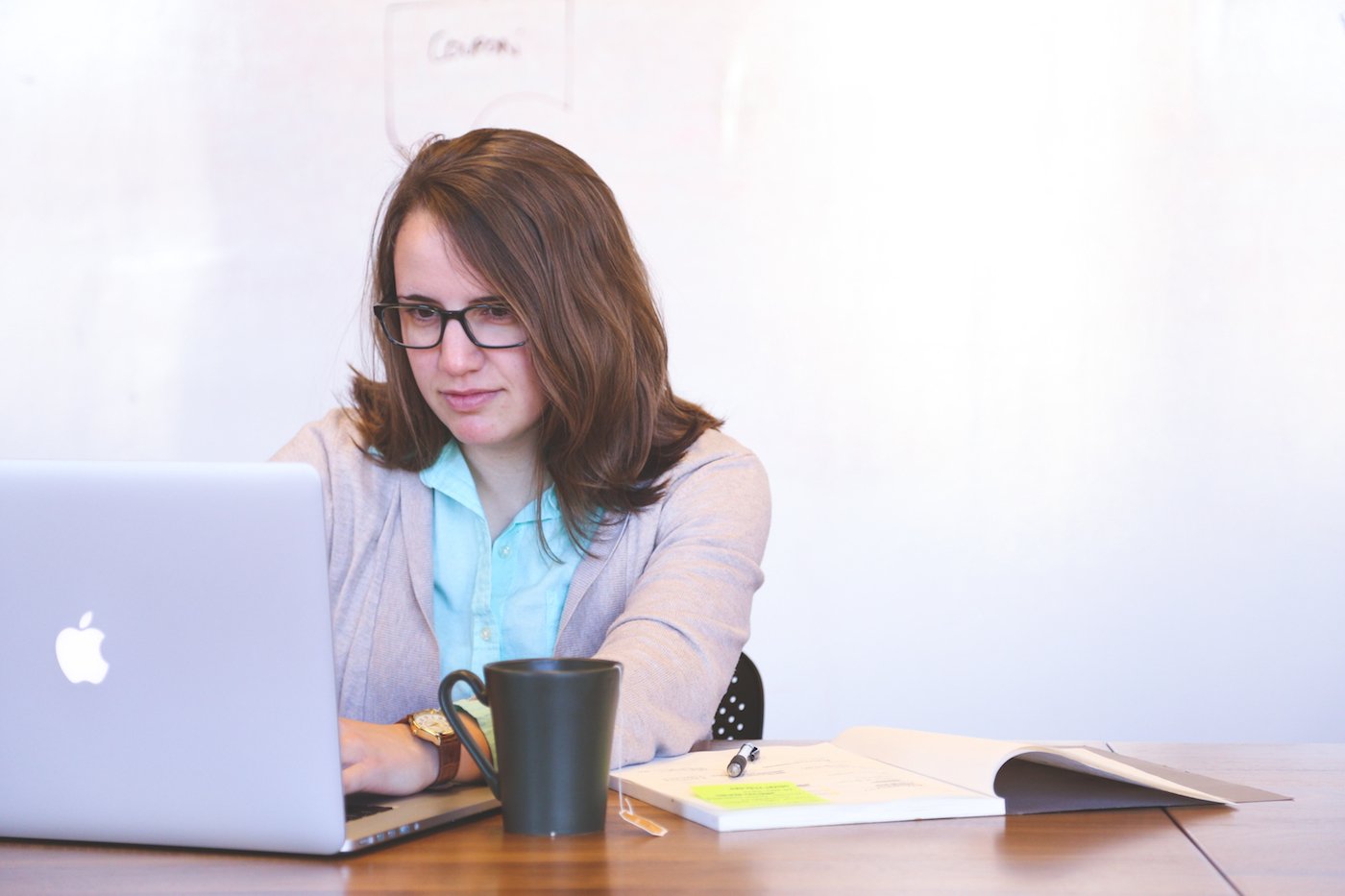 10 unmistakable signs it’s time to look for a new job
That’s not all: A review published in The Lancet August 2015 showed if you work more than 55 hours a week, you are 33 percent more likely to have a stroke, while several studies confirm that long hours put you at a heightened risk of cardiovascular problems. A 2018 study out of Virginia Tech found that just receiving an email during non-work hours triggers anxiety (whether you open it or not). And here’s some disconcerting news for anyone who checks email during meetings: High levels of the stress hormone cortisol, which is created when we multi-task, can cause the dendrites in the brain’s nerve cells to atrophy, leading to memory problems. Then there are the proven elevated risks of diabetes, anxiety and depression. And let’s not even talk about the dangers of a sedentary workday.

Dr. David Posen, a physician based in Oakville, Ont., who began to specialize in stress management 30 years ago, has catalogued a list of more than 125 early warning signs of chronic stress. In addition to headaches and chest pain, they include cold hands, compulsive shopping, even excessive sarcasm. “We weren’t designed to have ongoing stress,” he says. “It’s like driving your car in fifth gear all the time — it’s just not going to be good for the motor.”

It’s not that we’ve become lazier, less able to meet demands or more emotionally fragile than previous generations; workplace culture has changed, and when it comes to our health, not for the better. Posen has seen an uptick of stress in patients ever since the recession in the early ’90s, when, he says, “companies basically kept hiving off people and telling the so-called lucky survivors to do more with less, pick up the amount of work that other people had been doing.”

Demands have only increased since then, as companies try to keep up with the pace of technology and the pressures of globalization. And as more boomers retire, workplaces are experiencing catalyzing shifts in culture and values. A 2012 study from Carleton and Western Universities confirms that the feeling of work-hour creep is real, reporting that 60 percent of white-collar workers in Canada log more than 45 hours a week. (And 54 percent of them say they take home more work, amounting to another seven hours a week.) The study also found that 56 percent of respondents who work long hours at demanding jobs have partners who do the same. And if you’ve ever had to negotiate who will handle the daycare pickup or conjure up dinner, you know that two busy people means twice as much stress. 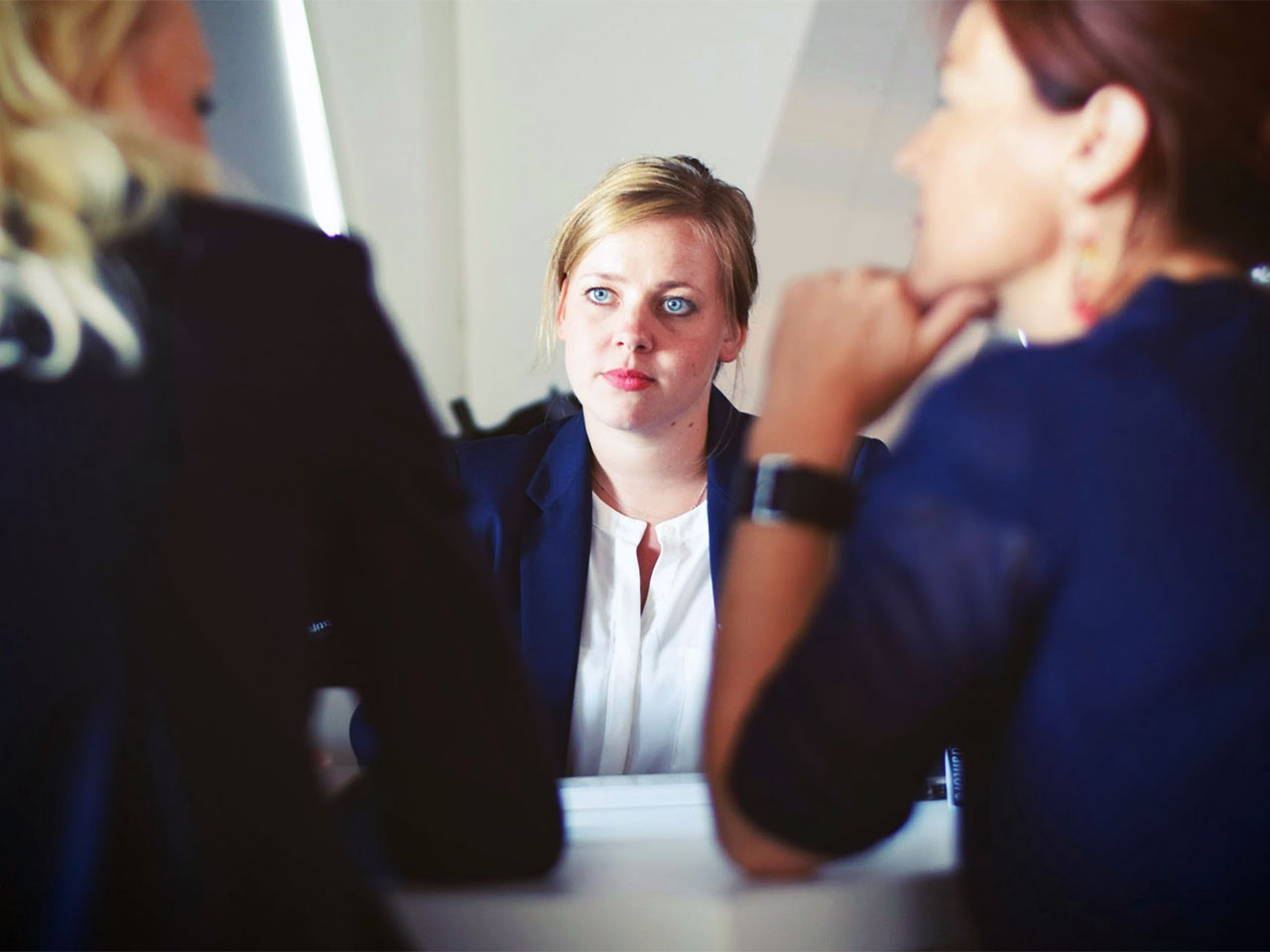 Why Most Women Don’t Want Their Boss’s Job
The very modern conveniences that were supposed to make our jobs easier have, of course, made it easier to work any time of day or night. (A study in 2016 found that the average employee processes 100 emails a day, answering a quarter of them from home.) It’s liberating to take care of some tasks from the cottage or send work emails while at the dog park — unless, that is, you’re no longer getting satisfaction from completing those extra tasks, and the stress is outweighing the benefits.

It’s easy to blame the boss, and it’s true that some could benefit from having a bit more compassion alongside their strategic vision and unrelenting drive. But we shoulder some of the responsibility too. Even in the absence of explicit expectations that you will check email or monitor social media on weekends, people will “fall into that because of their own desire,” says Dorothy Kudla, founder of a training and development company, Full Circle Connections, who has worked with hundreds of managers at companies from BlackBerry to Cineplex Odeon.

Human beings, by their very nature, want to be successful and add value, Kudla says. But in a workplace that is constantly changing and where the goalposts keep moving, resentment and burnout can easily set in. And that, in turn, can lead to anxiety, depression and, if employees have poor coping strategies, addiction issues. It may also increase employees’ risk of developing lifestyle-related illnesses such as diabetes or angina.

For employers, it’s a bit of a Catch-22. They want to drive innovation and productivity, but to do so, they may need to ask employees to do less or at least change the way they work, says Joel Goh, an assistant professor of business administration at Harvard Business School and one of the co-authors of the second-hand smoke study. “We need to think very carefully [about] not just what employers can do, what programs they can offer to mitigate stress, but what employers are doing to their employees in terms of stress.”

So what do you do? We’re told to prioritize and delegate. Work efficiently. Set goals. These are the motivational slogans of an autocratic boss who is herself a workaholic. But the thing is, no flextime policy will alleviate your tension headaches if you don’t solve the underlying issues of how you work.

You have to learn to “control your controllables,” says the CMHA’s Henick. “You can’t control how other people think or what other people do or the workload that other people are putting on you, but that’s that. You are in absolute control of your reactions.” (Tellingly, several of the experts consulted for this story requested that the interviews happen during regular hours, and they have a policy of not checking their email after 5 p.m.)

Posen exercises every day, and while he doesn’t expect his patients to adhere to his fitness routine, he does advise them to take better care of themselves. “When people are stressed out, they reach for something that will comfort them. The first things that they can think of are things like smoking, drinking, drugs and foods that are high in fat and sugar,” he says.

There is a big difference, however, between knowing your behaviour isn’t healthy and adopting better habits. Corporations have been trying to bridge that gap more aggressively in recent years by implementing wellness programs. While they are a positive step, these programs don’t address the root problems, Goh says. “With wellness programs, we are shifting everything to the employees. It’s like, ‘Well, if you are stressed, we’ll offer you counselling classes, we’ll give you free gym memberships and yoga classes so that you can deal with your stress and your unhealthy lifestyle on your own.’ ”

Despite the seemingly intractable problems in balancing what is good for business with what is good for our health, there is cause for optimism for the next generation. Workplaces are on the cusp of a major shift as boomers retire, and Kudla says she’s already seeing major changes in workplaces with younger staff. Unlike boomers, who tend to respect hierarchy and crave prestige, millennials prefer collaboration and seek out valuable experiences. And in the next few years, they will make up the majority of the workforce. Whereas boomers “were not necessarily willing to sacrifice promotion, millennials are not willing to sacrifice fulfillment,” Kudla says.

This quest for fulfillment may be the key. As Posen says, “When people are stressed, they don’t create as well, they don’t feel as engaged, they are distractible, they’re tired, and it’s costing the bottom line.” And the inverse is also true. If we are motivated, challenged and supported, not only will we be more productive — we’ll be healthier too.