Can an early cancer diagnosis be harmful to your health?

Fifteen to 25 percent: That’s how many women are overdiagnosed with breast cancer and endure radiation and chemotherapy unnecessarily. 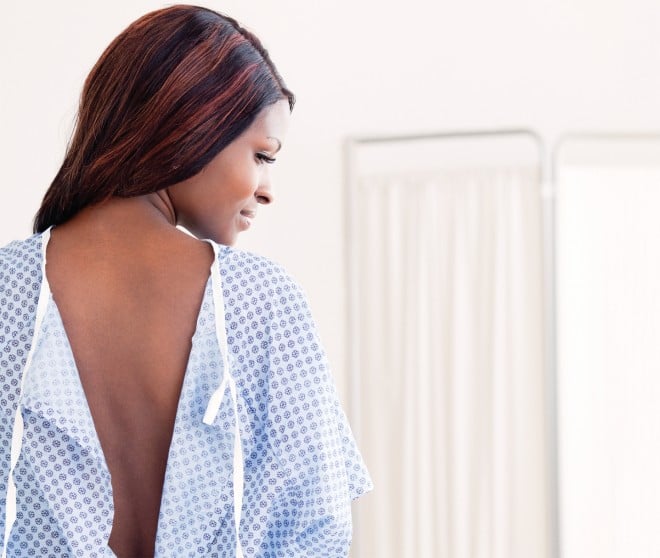 We’ve been taught that catching illnesses early is our best chance for a long, healthy life. That early diagnosis means we can treat diseases when they’re in the beginning stages, and most likely to be curable. But new research shows we are finding — and treating — some diseases too early, including many that would never have developed into anything harmful. Welcome to the frustrating phenomenon of overdiagnosis.

It happens when medical tests, such as X-rays, CT scans and mammograms, detect abnormalities in the body — and the problem is that doctors can’t tell if they will be fatal or completely harmless. So they treat what they see. “The fact is, all sorts of hidden dangers lurk inside us,” says Dr. H. Gilbert Welch, professor of medicine at the Dartmouth Institute for Health Policy and Clinical Practice and author of Overdiagnosed: Making People Sick in the Pursuit of Health. “While early diagnosis has the potential to help some, it also has a greater chance to detect problems never destined to bother us. It may lead to excessive treatment, which can really hurt you.”

A recent study of 40,000 Norwegian women pegged the rates of overdiagnosis of invasive breast cancer at 15 to 25 percent — consistent with findings in Canada and the U.S. Translation: As many as one in four women who are told they have breast cancer will be treated unnecessarily with chemotherapy, radiation and possible mastectomy for a disease that would never have hurt them. “As doctors, we know if we find breast cancer, some will be life-threatening, and some won’t,” says Dr. NancyWadden, medical director of Newfoundland and Labrador’s breast-screening program. “The problem is, we can’t say which is which. We can’t not treat the women because some might be overdiagnosed. So we must treat them all.”

Overdiagnosis happens in almost every area of medicine, but it made national headlines last year when the Canadian Task Force on Preventive HealthCare suggested new guidelines for screening 40- to 49-year-old women with average risk of developing breast cancer. The task force called for change after a series of studies found routine screening mammograms in that age group resulted in considerable overdiagnosis. The recommendations provoked provinces to review their screening programs, and divided the medical community.

Selling screening
In the 1960s and ’70s, ad campaigns praised mammograms — then brand new technology — as a woman’s knight in shining armour. The push started in the U.S., as the American Cancer Society tried to convince women to get tested, says Dr. Cornelia Baines, who is in remission from breast cancer and is deputy director of the Canadian National Breast Screening Study. Even in the ’80s, the society published ads that said, “If you’re over 35, be sure to schedule a mammogram. Unless you’re still not convinced of its importance, in which case, you may need more than your breasts examined.” Following these campaigns, women signed up to be screened in record numbers, and new-found fears of breast cancer were relieved by the promise of a test to seek out rogue cells before they had a chance to do damage. “The medical community believed early-detection screening would lower the rates of advanced, lethal cancers,” Baines says. “But guess what? That never happened.” That’s one sign that overdiagnosis was happening. More proof: In Canada, where many women are screened in their 40s, there’s a higher rate of breast cancer than in countries where they aren’t. But death rates from breast cancer are the same. Experts believe many of those extra catches are overdiagnosed women.

Redefining the C-word
Overdiagnosis means we may have to change what we think when we hear “cancer,” says Welch. “The current definition is too narrow.” Some experts believe that the word cancer is needlessly frightening, particularly when it comes to stage 0 (very early) cancers. Many pathologists regret calling stage 0 breast cancer “cancer” at all. It’s non-invasive, and it may regress by itself, making it most likely to be overdiagnosed. In 2009, an expert panel at the U.S. National Institutes of Health suggested the name be replaced with “high-grade dysplasia.” It’s not catchy, but it certainly sounds less earth-shattering than the C-word.

The prostate-cancer connection
As big a problem as overdiagnosis is in breast cancer, it’s an even bigger problem — and more well-known — in prostate cancer. “It was hard to imagine that overdiagnosis could apply to cancer,” Welch says. “But then prostate-cancer screening came along and forced us to alter our views. Now it’s the poster child for overdiagnosis.” One in seven Canadian men will be diagnosed with prostate cancer over their lifetimes, but only one in 28 will die from it. In a review by Welch and his associates published in the Journal of the NationalCancer Institute, they estimated that overdiagnosis occurs in 60 percent of prostate cancers detected with a PSA test. That’s because prostate cancer often grows slowly and stays contained in the prostate. In fact, many men with prostate cancer will die of heart attacks or old age before the cancer harms them. PSA testing shows how overzealous screening can turn healthy people into patients unnecessarily. “Our experience with prostate-cancer screening has made one thing crystal clear: The goal of cancer screening can’t be simply to find more cancer. We have to find the right cancers,” says Welch. The risk of overdiagnosis is one of the many reasons the U.S. Preventive Services Task Force (USPSTF) recommended against routine PSA testing this year. It’s a lesson that applies to all cancers, Welch says. “As counterintuitive as it seems, finding the right cancers, the ones that really matter because they could be fatal, may mean not looking so hard.”

To screen or not to screen?
The debate continues to rage about whether women in their 40s without risk factors should have regular mammograms. Four doctors share what they’d tell their patients.

“There are definite advantages to screening, and they increase with age. [The USPSTF] estimates that with annual testing there’s a 15-percent reduction in the chance of dying from breast cancer. So strong cases can be made for screening. If you’re 40 to 49 years old, breast cancer occurs less frequently, but if it does occur it tends to be more aggressive, because it’s hormone-driven. “I encourage women in this age group to be screened, but also to understand the consequences. I think that women that age are educated and aware — this is the generation that researches everything online and takes charge of their health. Across the country, women are demanding these tests. And I support them.” — Dr. Nancy Wadden, medical director of Newfoundland and Labrador’s breastscreening program

“As in many other diseases, early detection saves lives, and screening is important. I’m advising my patients to think critically about what the new recommendations mean for them. We know that breast cancer affects one in nine women, many in the prime of their lives. As I tell patients, cancer doesn’t wait. It can develop between screening years. “There are the official recommendations, and then we need to assess each person individually. I’m averse to a one-size-fits-all solution. Statistical patient care is cost-effective, but I often think about only one person: my patient. She is someone’s daughter, sister, mother. That one person is not a statistic. Each woman is unique and her screening plan should be customized to her situation.” — Dr. Elaine Chin, MD, Chatelaine health adviser and founder of Executive Health Centre in Toronto

“I would explain to a patient that for every 2,000 women screened in their 40s, one will have their life prolonged and 10 will be diagnosed with a breast cancer that would either regress or never progress. “I would say that with a screen-detected cancer, her risk of getting a mastectomy increases by 20 percent. I would tell her death rates from breast cancer have declined as much in countries with no screening for women in their 40s as in countries with screening, and that the current therapy for cancer diagnosed outside screening programs is working very, very well. And that if she understands all those probabilities, she can reach her own decision.” — Dr. Cornelia Baines, deputy director of the Canadian National Breast Screening Study and professor emerita at the University of Toronto’s Dalla Lana School of Public Health

“Doctors don’t have a single right answer on whether you should take a test: All we can do is tell the truth, and that means both sides of the story. With routine mammograms, I say it’s a close call: If you look at Norwegian research, screening 2,500 women saves one, scares 1,000 with false alarms and leads to the treatment of five to 15 for cancers that would never have ended up bothering them. I understand women wanting annual screenings, and I understand women saying, ‘I don’t want to touch this.’ Screening is an individual choice. It’s like gambling: There are winners, and there are losers. And while the few winners win big, there are a lot more losers.” — Dr. H. Gilbert Welch, professor at the Dartmouth Institute for Health Policy and Clinical Practice and author of Overdiagnosed:Making People Sick in thePursuit of Health

Do you get regularly screened for breast cancer?