The truth about vitamin D

The Statement: “If your skin is super pale, you’re already well aware of your must-have items: sunscreen with a high SPF, and a hat (for shade). But a new study suggests you might also need some vitamin D supplements.” Huffington Post, 10/04/2011 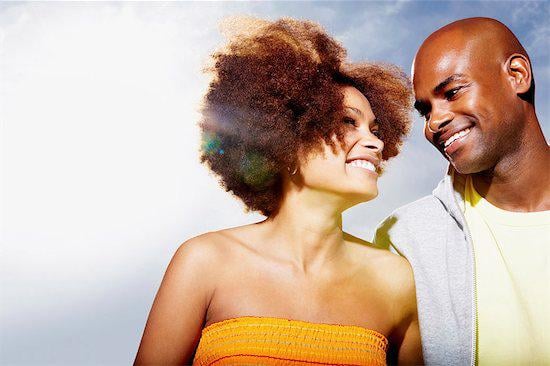 The Statement: “If your skin is super pale, you’re already well aware of your must-have items: sunscreen with a high SPF, and a hat (for shade). But a new study suggests you might also need some vitamin D supplements.” Huffington Post, 10/04/2011

The claim about vitamin D making the rounds right now is that pale people should top up on the supplement du jour because they may not get enough from the sun. Doctors already prescribe it for various reasons, from preventing falls among the elderly to easing chronic pain and boosting levels of the vitamin — produced in the skin after sunlight exposure — in anyone living in a cloudy clime.

Testing of vitamin D levels is now widespread, as is the idea that everyone needs more of the stuff. At last count, the Nutrition Business Journal reported that sales of vitamin D in the U.S. made the leap from $40 million in 2001 to $425 million in 2009. But is this notion that vitamin D should be a fixture in most medicine cabinets justified?

According to Dr. Clifford Rosen, an osteoporosis expert at the Maine Medical Center Research Institute and one of the world’s leading experts on vitamin D, the obsession with checking levels in the blood started about a decade ago and “now won’t stop.” In the U.S., Medicare payments to cover vitamin D testing went from about $1 million a decade ago to $129 million in 2008. “It’s the most overused test in clinical medicine,” Dr. Rosen said. “Patients with bone disease or gastrointestinal disorders should be checked but it should never be part of the routine examination.”

In fact, the evidence shows taking extra vitamin D doesn’t help for a number of conditions for which it’s prescribed, most people get enough, and over-use may actually be harmful.

“As far as treatment studies are concerned,” he said, “we found a striking contrast in study outcome between randomized double-blind trials that by virtue of their study design minimize bias and other (non-double blind) studies that are more prone to bias. The latter largely do suggest a beneficial effect of vitamin D treatment, the former largely don’t.” (See here for more detail.) Furthermore, “We did not think the evidence in this area was of sufficient quality to guide clinical practice. There is a need for more and better studies in the future.”

And what about all those folks who burn easily or avoid the sun and may need to gobble down vitamin D, as the HuffPo suggests? According to Dr. Rosen, “The only reason pale people may need more vitamin D is that they are not in the sun in part due to concerns about melanoma. Solar exposure accounts for 60 per cent or so of the serum vitamin D level. But even casual exposure to sun for about 10 minutes per day can generate enough of the vitamin for some people.” And you also get the vitamin through your diet, particularly in foods such as fatty fish (salmon, tuna), cod-liver oil, and eggs.

Dr. Rosen was part of a 14-member expert committee brought together by the nonprofit scientific body the Institute of Medicine at the request of the United States and Canadian governments to determine whether people were getting the right amount of vitamin D and calcium. They concluded — based on an examination of some 1,000 publications and studies on the subject — that most North Americans had adequate amounts of vitamin D in their systems from their diets and exposure to the sun.

As for those who have been identified as at-risk for vitamin D deficiency, Dr. Rosen said these groups include melanoma patients, people who can’t absorb the vitamin (as a result of inflammatory bowel disease or liver disease, for example), some African Americans due to the dark pigmentation of the skin, people on anti-convulsants, and elders who are institutionalized. More broadly, the Canadian Cancer Society guidelines on vitamin D suggest, “You’re probably not getting enough vitamin D if you: are over 50, have dark skin, don’t go outside very much, wear clothing covering most of your skin.”

But even those who are at-risk should remember: more is not necessarily better. “The level of vitamin D needed for optimal function in many tissues is not yet defined,” according to JAMA. The Canadian Cancer Society says the most common side effect of too much vitamin D is high calcium levels, or hypercalcemia, which can cause nausea, vomiting and poor appetite.

“There may be risks with high doses,” cautioned Dr. Rosen. “It does good for reducing fractures in osteoporotic individuals, but for chronic pain, autism, multiple sclerosis, the flu — there’s no evidence vitamin D is effective.” Still, the sunshine supplement continues to fly off the shelves.

*Thank you to reader Fotis Xipolitakis for requesting a post on vitamin D. He wrote, “Health Canada recommends that most people have no need to take supplements but everybody’s doctor is saying it will do no harm so why not, it can’t hurt. My beef with this that it leads to a culture of supplementation bringing with it costs for supplements, false ideas, and potential self-medication.”