How To Start Running If You've Never Run Before

All you truly need are shoes and a little motivation. 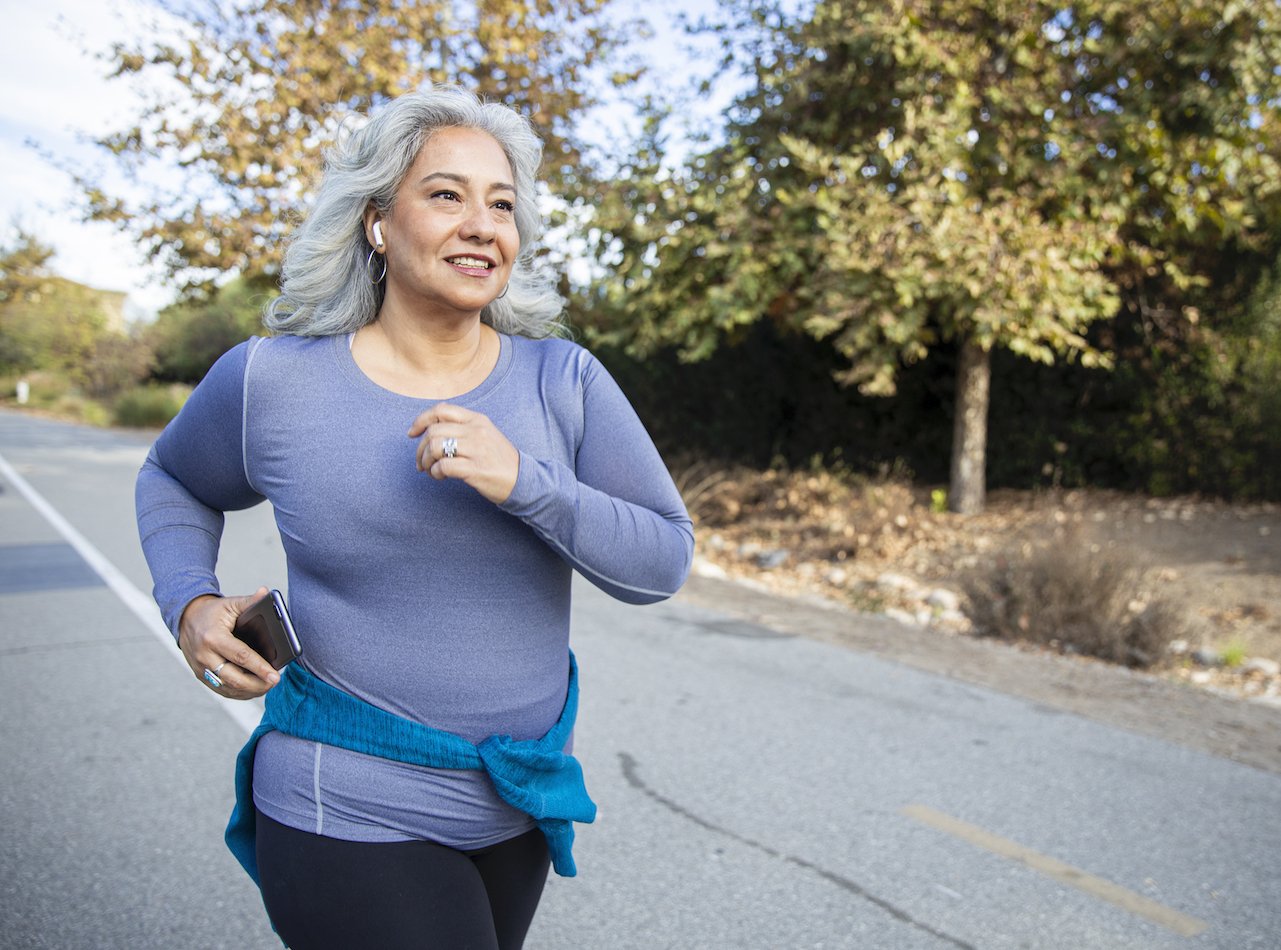 You’ve probably noticed a bunch more runners outside. And even if it’s been decades since you last logged a kilometre, you can still join their ranks. Here’s how.

The only gear you truly need

High-tech sports bras and sweat-wicking tights are swell, but to start running right now, all you truly need are shoes and a six-foot buffer from everyone else. If you still have the running shoes you bought approximately 800 years ago, terrific: wear those. If not, there’s a handy at-home test to determine what sort of pair you need.

Most feet have the tendency to roll inward slightly through each step, an action known as pronation. But some feet overpronate, which means they roll in far enough to push off with the big toe, while others underpronate, rolling out to push off with the pinky toe. Matthew Normington, Running Room’s director of purchasing and logistics, has a DIY make-do: “Put one foot into a basin of water, step on a piece of paper, and trace the outline of that foot,” he says. “Then repeat with the other.”

If a good chunk of your foot’s outline is visible, you’ve got flat feet, which are generally associated with overpronation. If very little of the middle foot is visible, you have high arches, a sign of underpronation. In both cases, you probably need a stability running shoe, which offers more support to counter pronation. Everyone else can get by with a neutral shoe. Either way, beginners don’t need to worry about bells, whistles, or Vaporflys—Normington says any core style from Brooks, Saucony, Asics or New Balance will serve you well.

Running is not just a sped-up version of walking, where your feet swing like a pendulum, landing in front of you with a straight leg. Instead, you want your foot directly underneath your bent knee when it hits the ground, with your hips right on top. “There’s a reason why having a bent knee disqualifies you in competitive race-walking—it’s more efficient,” says Karin Femi Adande, a running coach in Vancouver. “Be a race-walk cheater!”

To get a sense of what proper running form should feel like, Adande suggests facing a wall from about two feet away. Tuck your tailbone, transfer weight to the balls of your feet, and fall forward in a straight line, from ankle to shoulder, until you catch yourself in a push-up position at the wall. “We’re told to lean forward, so you see people running head first,” she says. “But you want to use your core to get that feeling of having your body weight forward, then keeping it there as you run.”

Opt for a program that prioritizes time over distance, with intervals for both running and walking. “You should not be afraid of walking—except when you’re running,” Adande says. “As soon as you feel while running that you’re doing something closer to walking, that’s your body telling you to take a walking break.” Couch to 5K is a popular (and free) online training program (there’s also an app) that gradually increases the time of continuous running from 60-second intervals until, nine weeks later, you’re up to 30 minutes straight.

As for motivation, it’s pretty much running canon that signing up for a race will hold you to a regular schedule. Happily, even during social distancing, the race must go on—so across the world, virtual runs are replacing physical ones.

How to warm up and recover from a run

Bust out your best impression of Monty Python’s Ministry of Silly Walks. “High knees—either on the spot or moving forward—lunges, skipping, and sidesteps are all good moving drills to warm up,” Adande says. These are called dynamic stretches, and she recommends doing some combination of them for at least 10 minutes before you start your run.

Dynamic stretching is also crucial for cooling down. “If you just stop and hold a stretch, you’re reducing the blood flow to the stretched muscle, right when it needs it the most,” Adande says. Try some leg swings, calf raises, squats and hip circles. Lunges can also open up tight hip muscles.

Sure, you might be able to book a Zoom session with a physiotherapist, but it’s best not to get injured in the first place. Muscle soreness in your quads, glutes and hamstrings is to be expected; soreness in your hips, legs, or shins decidedly is not. “Go slow and listen to your body,” Adande advises. “Don’t try to run through it—take as many days off as you need, and then, if necessary, consult early with a professional.”

Any amount of running is good for you

There’s a reason—beyond the global pandemic—that so many people lace up their trainers: running is one of the best possible activities for your health. It lowers your risk of cardiovascular problems by 30 percent, of cancer by 23 percent, and of an early death from any cause at all by 27 percent. (Relevant to our times: it also helps stave off the negative neurological effects of chronic stress.)

And running is pretty democratic when it comes to doling out its rewards. A meta-study of nearly half a million people, published in the British Journal of Sports Medicine, found that any amount of running is good for you. Even more encouragingly, it doesn’t matter how fast, or how far, you go. Run once a week if that’s what you can physically, or mentally, manage right now—you’ll still reap the benefits.

This piece was originally published in 2020 and updated in 2022.