To have a baby or not? Five ways to approach the baby-making dilemma

There comes a time when every woman asks herself 'Do I want to be a Mom?' Find out five ways to get your answer 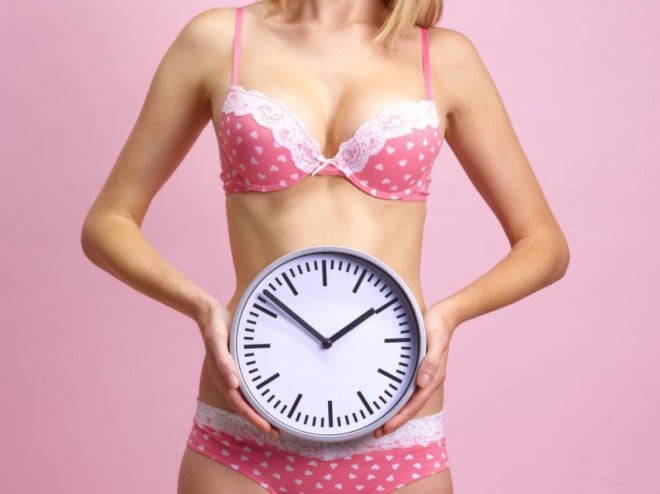 To have a baby, and if so, when? It’s a question guaranteed to trigger an instant tension headache, particularly for women over the age of 30. The answer may not always be easily arrived at, but there is a path to at least clarifying the terms of the debate.

Here are five suggestions for approaching the baby-making dilemma:

1. Ask yourself the question: Do I want to be a mother?
Your answer may have changed over the years, varying in tone and intensity as you move from fresh faced undergrad to an ‘all-my-friends-have-babies’ adult. For some women the answer will be clear. For others, there may be more of a back and forth.

“There are times when a woman is thinking of becoming a mother and it’s like ‘That would be nice’ and there are other times when it’s like ‘This is just part of who I am and it’s so important to me’ that [the urge] becomes more important than anything else,” explains Dr. Catherine Lee, a psychologist and professor of psychology at the University of Ottawa.

Figure out what stage you’re at and resolve to act on it in a way that works with your biological status. There is no way to escape the fact that it’s easier to conceive when you’re in your 20s than it is in your 30s. After the age of 35, getting pregnant may have to be approached conscientiously and with more cycle-savvy than in previous decades. That means doing your research and banking some serious whoopee time.

For women who aren’t in committed relationships the answer to this question also has to include the consideration of reproductive alternatives, a ‘Might Do’ list, which may include everything from freezing your eggs to adoption to artificial insemination.

2. Recognize it isn’t a ‘pro’ versus ‘con’ decision
List-makers put the pad and pen away for this one because the decision to have a child isn’t as clear-cut as the conversation about whether or not it’s the right time to buy a house or a new car. Difference number one: you can buy a Ford Fiesta when you’re 60, not so with a bundle of joy.

While practical concerns can’t be ignored — finances, housing, career stability — the profound, life-affirming dimension to parenthood shouldn’t be undermined or left off the table.

“I don’t think we have the vocabulary to express the profound positive feelings [surrounding having children] but I also think that nothing can prepare you for parenthood,” says Dr. Lee, a mother of two. “I would have to say that parenthood is the most intense experience that I’ve had in life…To me, being a parent is like from living in black and white to moving into colour. We need to think of both of those sides — the whole spectrum of colour when we’re thinking about becoming parents.”

3. Acknowledge gender differences positively
It’s not a weakness or a vulnerability to want to be a mother, says Dr. Lee. Just as it’s not evidence that your husband is a jerk because he keeps saying it’s not the right time. Both attitudes reflect competing perspectives and priorities, which often divide the sexes. But that doesn’t mean there aren’t real consequences to avoiding resolution.

Because women are faced with a shorter fertility span than men they need to prioritize their goals, says Dr. Lee. That may mean some women who want to have kids are faced with making the painful decision of ending a relationship with a partner who doesn’t share that desire. In these cases, there is such a thing as bad timing.

“Women have to face a difficult decision about priorities and for some of them the decision that ‘I want to become a mother’ becomes more important than ‘I want to be with this person,’” says Dr. Lee.

One way to sort your emotion: consider if the enduring sadness of not having kids because you’re with someone who doesn’t want them is greater than or equal to the sadness of saying goodbye to that person. Depending on which way the balance falls you may see your path more clearly.

4. Know when to end the argument
Some women believe they can sway their partners to their side on the topic of having kids. Sometimes they’re right and sometimes they’re wrong. But women who want to have a child, and who are at an age where fertility is a real concern, have to know when to move on from a partner who is proving a tough nut to crack.

“If you’re a woman and you’re 40 you can’t afford to let this discussion go on,” says Dr. Lee. “If you’re 24 you have a bit of a luxury of seeing how things change as friends have kids and so on.”

5. Realize you don’t have complete control
So you’ve made the decision — that’s great! What a relief. If it’s a no-go, then enjoy your white sofa and worry-free vacations. But if you’ve green-lit the baby-making process understand it’s just the beginning of the journey. “We have choice, but not control over reproduction,” explains Dr. Lee, who cautions people to realize that getting pregnant may be a process that takes time and patience.

Let us know how, and if, you made the decision to have children.