Do Many Of Us Really Just Want An Open Relationship?! A New Study Says Yes

More than one in ten Canadians think that an open relationship is 'ideal.' 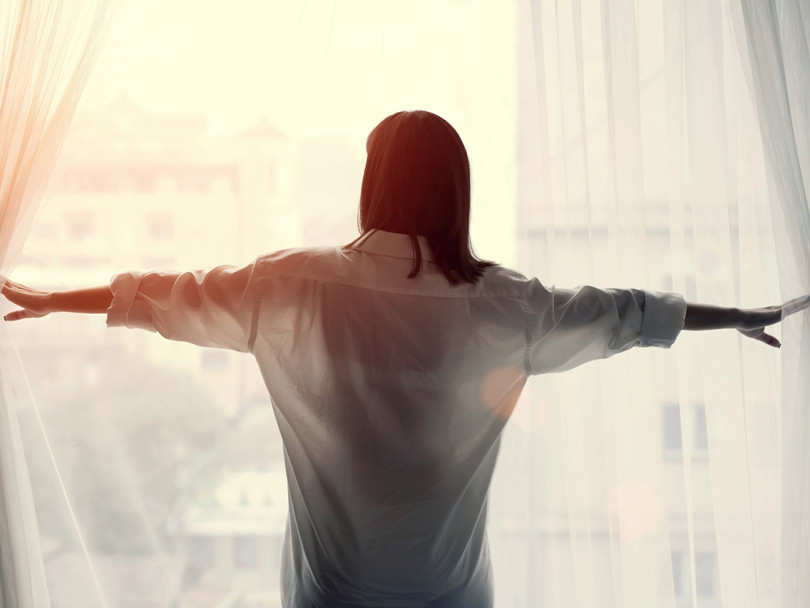 The idea of consensual non-monogamy—having more than one romantic partner, with the knowledge and consent of all involved—is gaining more and more space on our radar. The 2010 book Sex at Dawn, which questioned whether we’re really hardwired for monogamy, was a bestseller, and a cascade of shows such as House of Cards, You Me Her, Girls and Orphan Black has filled our living rooms with non-monogamous antics.

But is being “poly” just the latest pop culture fad, or are there as many real people living in open relationships as there are on TV? We could only guess—that is, before a new study led by Nichole Fairbrother, an assistant professor of psychiatry at the University of British Columbia, came out this month in the Journal of Sex Research.

Fairbrother and her colleagues worked with pollster Ipsos to survey 2,003 Canadians across the country from ages 18­–94. The results were striking: four percent of respondents in a romantic partnership said they were in an open relationship. One-fifth of all participants reported previously having been in one. And more than one in ten (12 percent) said open relationships are their ideal relationship type. The group that preferred open relationships tended to skew younger and more male (respondents were not asked about their sexual orientation). “Relationship satisfaction did not differ significantly between monogamous and open relationships,” said the report. Here, we talk to Fairbrother about Canada’s poly communities—and how they navigate love.

Does your study tell us that more people are interested in open relationships than they were before? Is society moving away from monogamy as an ideal?

Nichole Fairbrother: We now hear more about [open relationships] in the news. I’d put money on this now being more common than it was, but we don’t have the data to truly answer that question.

What I find really fascinating is that among people in relationships, four percent are in open relationships, but 12 percent say it’s their ideal. What that suggests to me is that there are a lot of people who might really like to be, but are not. What are the barriers to those types of relationships?

You didn’t ask this in the study, but what do consensual non-monogamous relationships look like? How do you find a way in that works for you?

There’s a really broad range of diversity in how people construct open relationships …. I’m of the opinion that taking baby steps offers people the opportunity to experience what they’ve been afraid of, and observe that nothing terrible happens. It offers them ability to confront their fears at manageable levels. Sometimes you see people opening up from completely monogamous to fully polyamorous overnight, like, “Now we’re going to start dating other people!” when they’ve never even flirted with someone else in front of their partner before. I’ve seen people for whom that triggers so much fear and distress.

The question that really needs to be fully answered is, can people have long-lasting open relationships that are healthy? If there’s stigma around this, it’s in that area [of assuming polyamory can’t work]. “This can’t last, this isn’t safe.” But most of that is conjecture. We’re in the early days of having data, but the data that we have so far tell us (…) people are just as satisfied as they are in other types of relationships.

There is fear around it. You often hear stories of open relationships gone bad and think, “What a terrible idea.”

What do you make of the gender split?

There’s very well-established data that men are more comfortable with the idea of casual sex. I’m guessing men are more open to low-commitment romantic connections. (…) There are also safety considerations for women around sexual activity.

Another big question might be, who has the time for an open relationship? There’s so much negotiation needed.

I think one of the things that can be an advantage to an open relationship is that it forces people to continuously engage in intimacy-oriented conversations (…) about what they want, about the quality of their connection. That may have some advantages in terms of fostering connection. (…) What can happen for monogamous people is that they come into the relationship with the belief that they will be monogamous, but how they define monogamy might be quite different. We assume monogamy is this thing, and we all know what it is, so there’s nothing to talk about. People can get into difficulties around one person’s perception that watching pornography is non-monogamous, when the other person’s perception is that it’s not.

What else can people struggling with their own more traditional relationships take away from this?

I hope that the research we conduct on open relationships will also benefit people in monogamous relationships. In our culture I think many people believe that if they truly love someone they won’t experience attraction to anyone else. Perhaps, if our research makes it easier to accept that attraction outside one’s couple can happen, it may make it easier for couples to talk about it when it does. Hopefully our research will help to make conversations about open relationships and attraction outside one’s couple easier to have.