She married the wrong man and learned a lot!

Barbara Slate's new book reveals what happened when she didn't listen to her doubts and walked down the aisle. 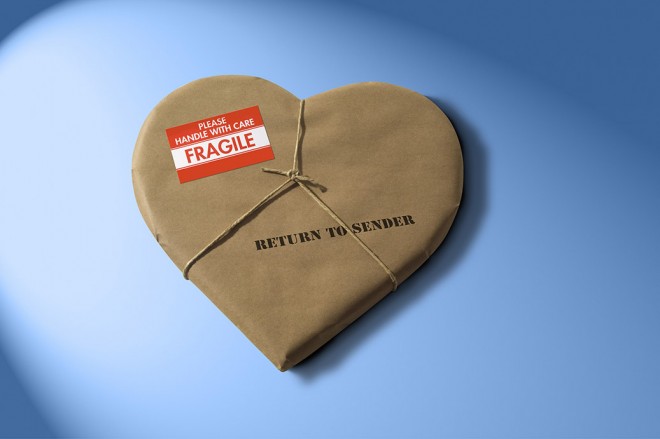 Just before walking down the aisle, Barbara Slate heard a distinct voice: “Don’t do it.” But, like so many other women, she decided to ignore her instincts and proceed as planned. In her recent graphic novel, Getting Married and Other Mistakes, Slate explains marriage, infidelity and subsequent divorce. Here, she shares how she got back to being happy and learned from her mistakes.

Q: At what point in your marriage did you definitively realize that your husband was wrong for you?
A: Two weeks before the wedding! It was that voice in my head that tried to tell me I was making a big mistake. I call it MOV: My Own Voice. Poor MOV couldn’t get through to me with all the noise of the wedding preparations. My own voice was very tiny at that time. It’s very loud now. So many women who have read Getting Married and Other Mistakes tell similar tales. Many talk about their voice shouting, “Turn around! Head for the hills!” as they walked down the aisle.

Q: Creeping doubt is a common theme in many relationships. What doubts did you have before you got married?
A: I had the normal doubts of “OMG!!!! This is ’til death do us part! That’s a really long time!” And then I had the doubt whether marriage was for me. At the time, I was very focused on my career and didn’t think I wanted to have children, so what was the point? I also questioned if I was getting married for my mother – I know, always blame the mother – but she did put an inordinate amount of pressure on me to get married. She was part of the generation that thought marriage was what a girl strived for. I am so grateful for the Women’s Movement.

Q: Why did you go ahead with the wedding, if you were uncertain?
A: Well, I got the dress! Sadly, I think that many times, the dress and all the wedding preparations overshadow the seriousness of the commitment. It’s easy to get swept away with all the stuff you have to think about: the flowers, the colour theme, seating arrangements, bridesmaids. By the time you’re finished, the groom becomes secondary, or maybe even further down the list. And, you don’t want to disappoint all your friends and relatives, some of whom already made extensive travel plans. And of course, it’s terribly embarrassing to cancel your wedding.

Q: When your marriage finally ended, did you feel liberated?
A: I fought to keep my marriage together. I didn’t want to get divorced. I thought divorce was something that happened to other people. But again, MOV, that voice in my head, was cheering me on. When I finally discovered that the girlfriend, who my husband swore did not exist, had already taken up residence in an apartment downtown, waiting for him to move in, I began to see the light. That’s when I felt liberated. Yes, liberated is the word. But it took some time for liberation to sink in. Mostly I was depressed. My mother was devastated.

Q: After the relationship ended, how did you go about figuring out what you wanted and needed?
A: I am very lucky because I love what I do for a living. Writing and drawing graphic novels/comic books is not only crazy fun, but its also engaging and challenging. When I’m at work, I am totally immersed in it, no matter what else is going on in my life. Working as a freelance cartoonist can have its ups and downs. Luckily, I had my ups when I needed them the most. At a Comic Book Convention, I met Tom DeFalco, editor and chief of Marvel Comics, who was looking to start a girl’s line of comics. At that time, comic books were 95 percent written for boys…but that’s a whole other story. Along with my other freelance work, I wrote and drew comics for Marvel for the next five years, which gave me a steady income.

Q: What did your marriage, and subsequent divorce, teach you about what you need to be happy?
A: As a little girl, I bought the fairy tale of the handsome prince on horseback, sweeping me off my feet and riding off into the sunset, my hair blowing ever so softly in the breeze. Today, waking up after a good night’s sleep, working all day in my studio, and enjoying a romantic dinner with my boyfriend makes me happy.

I don’t believe you can walk around all day being happy. There are too many awful things in the world to be sad about. And if anybody says they are happy all the time, then they’re not watching the news. Being with someone, whether married or not, you will have good days and days that are not so good. If you are mostly happy, then be happy about that.