I’m Not Single—But I Still Prefer To Live Alone 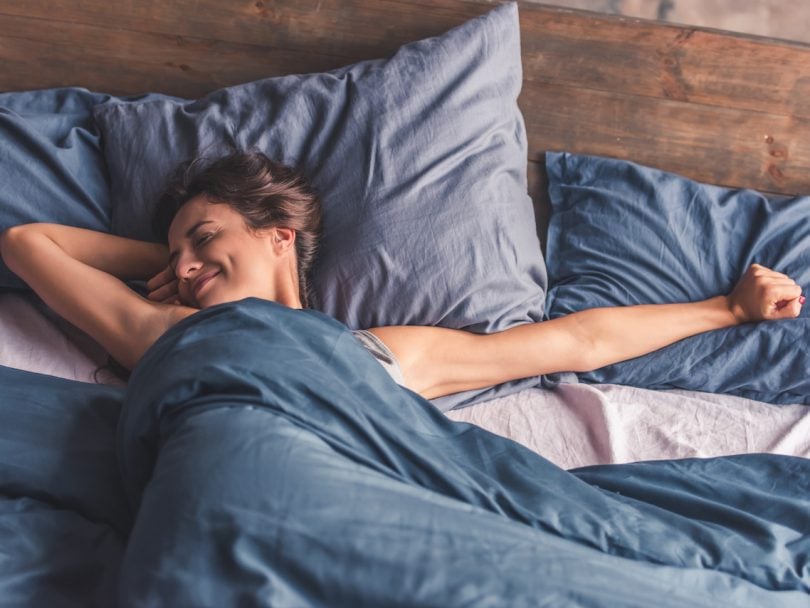 Recently I’ve been “empty-nested.” My youngest started her second year of university and moved into an apartment with her sister. I assume this means she will not be moving home next summer, but maybe I should ask. It also means I am free to divest myself of my large old family home in Nova Scotia, along with the accompanying lawn, which I fondly refer to as hell’s half acre. Divorced and single parenting for eight years now, I am tired of mowing.

This image of me free-wheeling into middle age prompts people to ask: “Where will you go next?” As a freelance writer and remote editor, I can go anywhere. The question is usually followed by: “I suppose you’ll move in with your boyfriend.” I just turned 50, Claude is 59. I bristle at the word “boyfriend” at our ages and long for something less puerile. But I’m also surprised by the assumption that there is nothing left except cohabitation. More and more, as I’m forced to actually think about my next move, I realize that living in separate homes a five-minute drive apart for the entire four years of our relationship has been just fine, thank you.

I’m not alone. In 2011, Statistics Canada estimated 1.9 million people in Canada live according to the relationship style called “living apart together,” or LAT. Those surveyed, whether single, widowed, divorced or legally separated, considered themselves to be in an “intimate couple relationship” distinct from the status of merely “dating.” The majority were younger adults, with only three to five percent of people aged 30 to 59 and two percent of 60-plus year-olds choosing this arrangement. Interestingly, though the overall total of reported LATs declined between 2001 and 2011, the total of 60-plus LATs increased slightly in that time. Additionally, while 80 percent of the young adult LATs expressed hope of living together someday, only 40 percent of those 60 and older felt the same. Thirty-seven percent of 60-plus LATs cited the desire to “keep independence” while only four percent of those aged 20 to 24 reported this reason.

A 2014 study looked at older adults’ motives for choosing LAT. Twenty-eight couples from two Canadian cities ranging from 39 to 92 years of age were interviewed. Their relationships ranged from three to 26 years, and their justifications for living apart included “protecting personal independence” and “mitigating relationship risks associated with cohabitation.” These couples were often subject to negative judgements from other people and often said during the interviews that they didn’t want to do things the traditional way “[just] because everybody else is.” Seniors want in on the autonomy action.


By not comingling their domestic situations, LATs have an easier “out.” Some participants in the 2014 study cited a lack of interest in wrangling later with will and real estate issues, believing that living apart would lessen the chance of legal hassles in the event that their partner died before them. Others indicated that living apart “allowed them to avoid legal and financial complications of declaring formally as being common-law (e.g., benefits, insurance, shared assets) and dealing with estate issues in the event of separation.” Likewise—I’m pathologically averse to wrangling.

Don’t tell me how to run my home

When Montreal filmmaker Sharon Hyman met David, she had already been won over by the joys of being sole master of her own domain. In a Psychology Today post, she writes, “David is an introvert who needs copious amounts of time alone… I am a shy extrovert who likes to be with people but needs time alone to recharge… The truth is, I usually don’t want to see anyone every day, not even myself! So living alone and being in a committed relationship suits me just fine.” She loves the arrangement so much, she’s making a movie about it. The documentary Apartners: Living Happily Ever Apart explores the trend, and has also solved my nomenclature problem: “boyfriend” is silly; “partner” implies more domesticity or can be confused with a business colleague; “apartner” it is. Hyman hopes to complete the film sometime in 2019 and has created a Facebook group for discussion about non-conventional living arrangements.

After my divorce, I learned how to rule my own roost. Like a boss. And I liked it. In marriage, I was obliged to consult on all domestic, financial, and personal decisions, but now I had no such standard of accountability. I resented it when any subsequent romantic interest came into my life and home and presumed entitlement to or authority over my space and time, which oddly tended to happen despite their “visitor” status. I am not alone in this either. The traditional supposition is that it’s women who desire the trappings of domestic life (and the toilet-scrubbing that goes with it). But after years of shouldering the bulk of household responsibilities and care of others, as older women have more than likely done, it’s women who may stand to especially benefit from LAT by releasing themselves from the shackles of being an unpaid appointment manager or underpants launderer. When I say empty nest, I mean I take no prisoners—not even romantic ones.

If familiarity breeds contempt, LAT couples get to avoid the banality and drudgery of those little things that erode so many roommates’ nerves over time. I turn the heat down and wear a sweater (or two), he is a practicing lizard. I am a tidy person trapped in a who-the-hell-cares-about-Swiffers body. My apartner irons his shirts—it’s fascinating to watch. He does not want pets and I have two cats. There is sometimes no common ground, but also no need to turn ourselves inside-out in feats of acrobatic compromise.

Contentment with the weekly rhythm we’ve achieved has made discussion about the possibility of cohabiting almost gratuitous. When I discovered there is a name for our situation, that it’s a thing, I said, “Here! This is us!” and he agreed, and we went on with our day. We eat supper together most evenings, sleep at the other’s place several nights a week, take vacations together (only one bed, nosy!), and we spend time with my kids and his step-daughter when they’re around. I ask his advice about many things and never take it, just like married people. But we pay our own bills and make independent decisions and plans which don’t require “running by” the other first, though we usually announce what we’re up to elsewhere in the world as a courtesy. Accountability without prescribed obligation. There are nights to look forward to simply because we’ll be together doing things—banal or entertaining—and no one has to storm out and go to a hotel if there’s a fight. Speaking of fights—well, I’ll tell you when there is one. Kidding. We disagree—just not often. Coincidence?

My lover, my personal care assistant?

What’s the down side? You may think it’s financial—two sets of bills, after all—and someday, perhaps when retirement closes in, it might be worth considering. So while we’re still productive and cherishing our independence, we manage as singles would—with a bonus companion we can depend on. Like a booty-call for faithful, committed monogamists.

The buzz phrase “aging in place” comes to mind. What do older adults want? They want quality of life, independence, and dignity; they want to remain connected to their communities; and they want good health in order to access these things. When LATs apply their logic to this concept, what does it mean? It could mean that you’re not planning to have a built-in personal care worker if incapacity strikes. If I or my apartner become ill, we are certainly at liberty to adjust our accommodation as needed. When Hyman herself was acutely sick for several months, David stayed until it was no longer necessary. Then all went back to normal. If the incapacity should be protracted or permanent, I’m not convinced I’d want my (a)partner as a primary caretaker as it would change the dynamic of the relationship in more ways than “simple” domesticity.

In light of eventually selling my house and moving, I occasionally dare to dream of us finding a his-n-hers duplex so I don’t have to get up in the morning in winter and drive home in my pyjamas to get ready for work… which is often performed in pyjamas (freelancer—don’t judge). Until the real estate market shows me favour, I remain rattling around, though not lonely, in my cavernous abode for one.

Clearly, the model of living apart together is not for everyone. You have to have strong mutual trust, really like your own company, be essentially healthy, and have your own interests and circle of friends. I credit LAT for being the thing that maintains my belief that having a dedicated apartner is a good deal. Let’s just say that it’s nice to be able to be both someone’s cherie amour and a crazy cat lady with a dusty house.