My Bladder Was Overextended — Just Like Me. Relearning How To Pee

After having my son, I'd have an accident almost every time I laughed or sneezed. 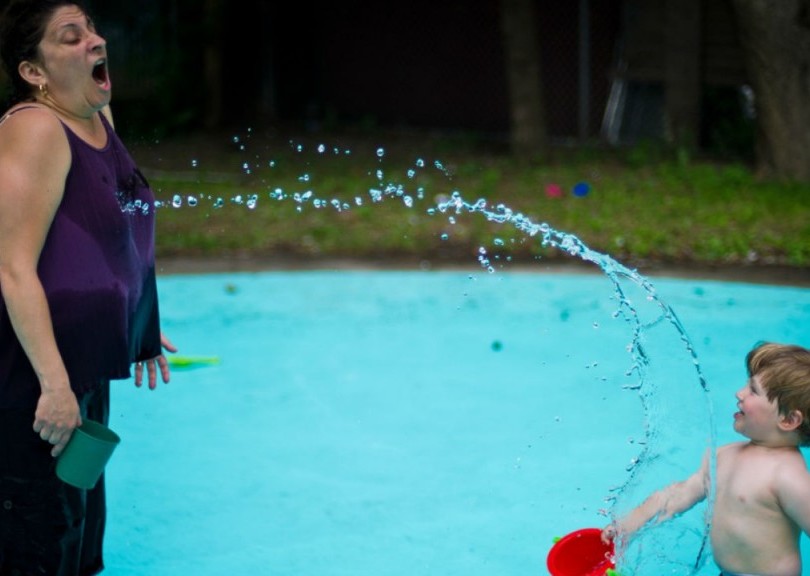 Confession: I started peeing my pants shortly after the birth of my only child. I’d tinkle after sneezing, coughing, jogging and jumping jacks. This went on for years.

It was just a little mist, so I didn’t think it was a big deal — surely, no one knew. Besides, I had bigger things to worry about. (My kid, for instance.) A change of underwear tucked into my purse in case someone made a great joke, the overwashing of my favourite jeans, a casual dampness: I thought this was just another thing women have to endure — the price of motherhood. I was afraid of being a bother or needing surgery, so I put off seeking help for years.

But then my five-year-old son told me I smelled like pee-pee. At first, I tried to rationalize that no one else could possibly know — my son doesn’t understand personal space. But soon after, my husband sheepishly asked if I could put down a towel before sitting on our new couch. Uh, what’s that now? He felt terrible asking, but the couch cost a lot of money and he didn’t want it to smell like pee. So I sat on the floor. Then he threw me the newspaper he was reading and asked if I could just slide it under me so that the carpet would be saved. And so, after years of furtively smelling myself at dinner parties and avoiding trampolines, I called my doctor.

She didn’t mince words. “In this day and age, a woman doesn’t have to live like that,” she said and referred me to one of the top specialists in the country.

Now what I’m about to tell you is utterly mortifying: That day stripped whatever dignity I had left, but it also gave it back to me tenfold. In one day, I went from stinking like a cat colony to being a new woman. For that, I would do it all over again, which is why I’m sharing all the damp details with you. If you’re like me, you might just need one day of humiliation to set your bladder straight. 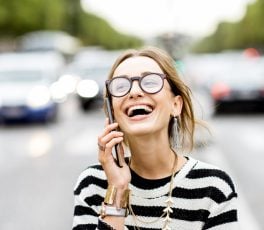 Why French Women Don’t Pee Their Pants When They Laugh
You might need to relearn how to pee, too.

I floated into my appointment with a bladder full of the requested 10 cups of water. A sweet nurse named Karen assured me that the testing would be very thorough. That’s good, I thought. How bad could it be?

I answered 64 questions about my urination habits: “How often? How urgent? Is it a dribble or a stream? When you’re finished, does a little more squirt out? If you were stuck in a traffic jam, would you pee on the seat?” Karen took my family “pee story” and gave me two robes to put on, blue facing back and yellow facing front. I was ready.

Then the doctor, who looked alarmingly like my father, arrived with a posse of medical students in tow. He would yell out questions and they would call out the answers. I looked for a friend or an ally amid the residents. No one made eye contact.

The doctor told me how to sit, tapped my back, put odd instruments inside me and asked me to cough. As he called out questions to his entourage, he nonchalantly inserted his finger into my anus. The residents nodded enthusiastically. As his digit stuck in my desperately crunched undercarriage, he gave me a look equivalent to a thumbs-up. Upon removal, he uttered “Not bad.”

I was then directed to stand over a sheet and cough while the doctor crouched and looked at my nether regions for offending drips. I drank cup after Styrofoam cup of warm water, yet my bladder still wasn’t full enough for a proper reading. More water, more discomfort.

After what felt like an eternity, I was allowed to relieve myself and turned to find the bathroom. My previously pleasant nurse, Karen, gruffly gestured to a commode in the centre of the room. I sat on the commode and farted. The studio audience oohed and aahed as I released the salty sea I’d been straining to hold back for hours. I tried to wipe myself, but the huge plastic measuring cup was pulled abruptly from between my legs before I could. Nurse Karen squinted to read and document the numbers as my urine splashed about: 400 millilitres of water.

Looks were exchanged. Had I somehow unknowingly joined some weird kind of performance art? I was directed to a chair with my feet in stirrups. Is this how Yoko Ono starts each day? Nurse Karen inserted the catheter and another 80 millilitres of water came out. The doctor and his resident team exited — there was a full waiting room of full-bladdered women just like me.

Now it was just me and Karen. We shared stories of where we grew up. I told her that I’m a fainter and she said, “No one faints in here.” She produced a rolling tray of instruments that resembled something from Cronenberg’s Dead Ringers and held up a curled tool that wasn’t fit for opening wine. I fainted.

And this is where it got really interesting. Still upright, with my legs firmly in stirrups, I began to fall sideways. Karen, my new friend, dove fast on top of me. This was in no way sexy. Catheter tubes dangled as the room spun hard. “I told them to put guardrails on these beds!” she yelled. “Hold on!” 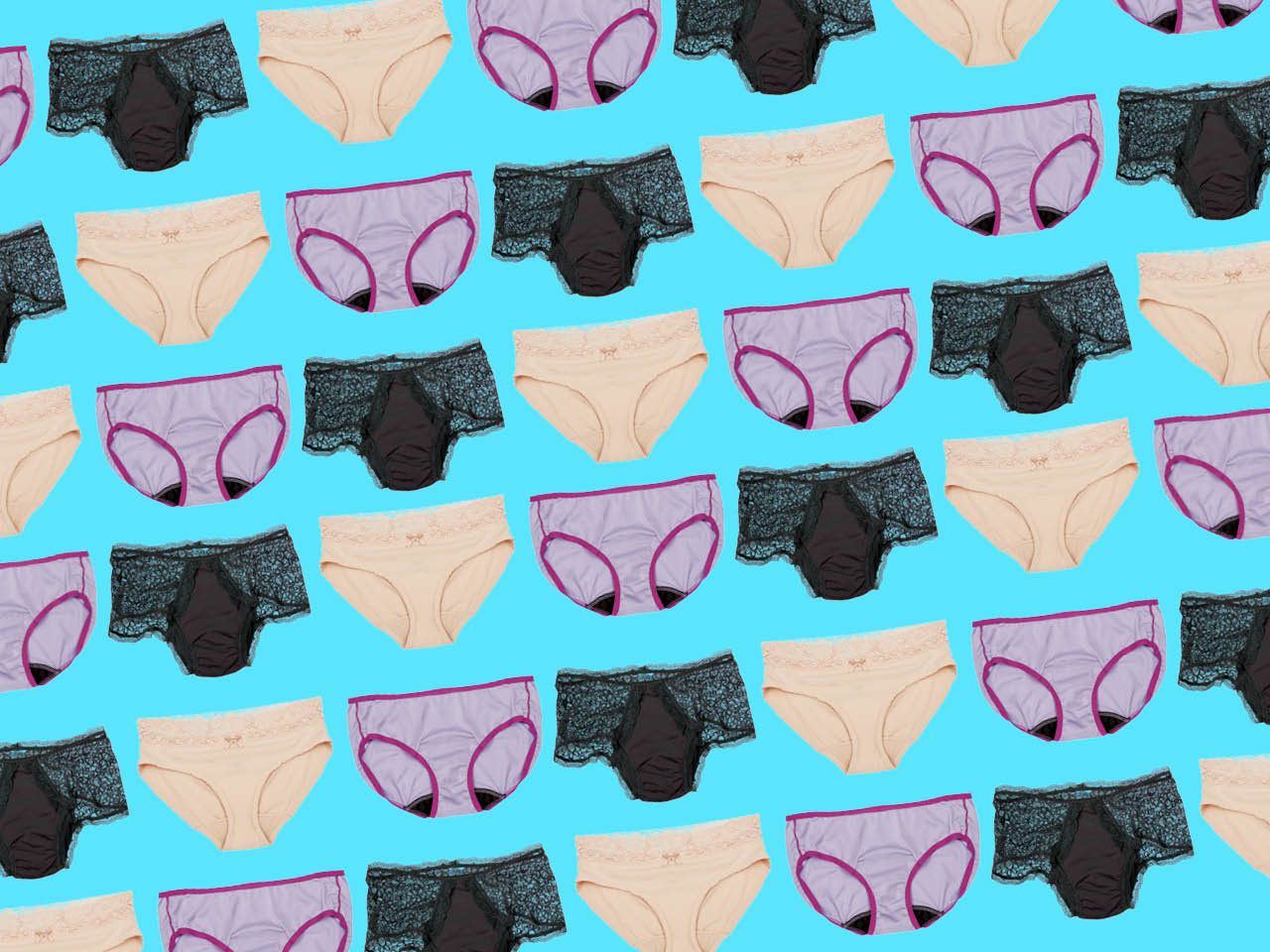 We Tried It: Do Pee-Proof Undies Really Work?
I said nothing. I saw black. I felt like I was going to vomit. She yelled again. “OK, we got this. Don’t move, OK? I need to get to that button.”

She threw her leg back behind her to a button on the wall. She almost pressed it but not quite. She turned back to me. “OK, I need your help,” she said. “OK? Can you help me?”

I think I may have grunted or smiled or farted right on her hospital togs. This never happened to Meredith in Grey’s Anatomy. She braced my chest with one hand, balanced my crotch against her knee and then leapt. It wasn’t ballet, but Karen was getting the job done. She knocked the phone receiver off the cradle as she hit a large button on the base.

She fell against me, exhausted. In seconds, the room filled with what seemed like 20 people to get me water, take my blood pressure and hold me up. The door swung open dramatically as the doctor returned, his white coat racing to catch up with him. “I hear you’ve been having some trouble in here,” he said. “You don’t need to faint now, do you? That’s not pleasant.”

And then he did all the things that Karen was about to do with her grotesque potato peeler, apple corer and vagina-sized garden tools. I stared up at the dots in the particleboard ceiling, hoping it would be over soon. And as fast as they came in, they were gone — all except Karen, who told me to get dressed and took me to the doctor’s office.

This guy. This sweet guy who looks at women’s vaginas all day, watches for drips and listens to how much and how often. I waited for the news that I was going to need an operation to repair my prolapsed bladder.

He laughed and shook his head. “No, no, you have what’s called ‘busy mommy syndrome,’” he said. “You’re not the first, and you won’t be the last. Your bladder is stretched from holding. You can’t feel it when it’s full, so you just keep holding and holding because you don’t feel like you need to go anymore. I’m going to teach you how to go to the bathroom all over again. Potty-training for Mommy. Can you follow a pee schedule? Drink all the water I’m saying to drink and go to the bathroom every hour, and you must double void.”

“Pee and then stand up over the toilet and push a tiny bit, like this.” (He stood and demonstrated and then held my hand so I would stand with him.) “Sit down and pee again.” (We both sat.) “‘Double void. Understood?” (He smiled with all the parts of his face until I nodded.) “Eventually, your bladder will shrink and then you’ll be able to feel when it’s full again. Won’t that be nice? That’s it. Go and eat something — you look tired.”

I returned to the waiting room, hoping that I wouldn’t need a follow-up appointment. It had been five hours. No surgery. My bladder was overextended, just like me. I had been putting off going to the bathroom, just like I had been putting off going to the doctor, and now I was relearning how to go. When had it all happened? Probably as I was potty-training my child, I had untrained myself. I had forgotten how to actually take care of myself. It had taken a whole lot of time, opinions and implements to remind me that I was actually part of the equation of motherhood. If I broke, so did the rest of it.

The secretary gave me a wave and I was free to go, but as I waited to board the busy elevator, I felt a hand on my shoulder. It was Karen. Her face — the one that I’d seen quite close up and full of fear — was tight and apologetic. I smiled at her with relief and thanks.

“Uh, I need you to come back in for one second,” she said. She looked away and started to walk back into the room, checking over her shoulder that I was following her. She closed the door behind me and laughed nervously. “I, uh, well, I forgot something,” she said.

“You want to do another test?” I asked. “I thought we were done.”

“I just forgot something….”

Eyeing my overworked crotch, she gestured with her hand, then with her head. “I’m really sorry,” she said. “Sometimes this happens.”

I stared at her, slowly understanding her lack of words. I took off my coat and laid it across her desk. She turned and handed me crisp new yellow and blue gowns. I shook my head. “Nah, I’m done having any kind of…pride.”

I started undoing my pants. “My modesty is dead now,” I said as I leaned over her desk, staring off at the Tupperware container at eye level and wondering if she was having a gluten-filled dinner. It was probably quinoa, I thought as I felt her part my ass cheeks and retrieve some sticky monitors and maybe a soft piece of rubber from the catheter. I couldn’t be sure because I just didn’t care anymore.

And with that last little piece of shrivelled dignity gone, Karen walked me to the elevator and we locked eyes. “Some patients go home with a door prize,” she said, laughing, thankful that I wasn’t irate. She’d had a tough day, too.

Shoshana Sperling is a cartoon voice actor, sometimes TV writer/playwright and creator of a politically motivated rock band for kids. She has regained her couch-sitting privileges.