Ever Experience Pain During Sex? Here's What Might Be Going On

What's the difference between the uncomfortable and the pathological where sex is concerned?

Does sex hurt? Sometimes. In fact, there are probably as many causes of sexual pain as there are sex positions: dryness, infections, endometriosis and stress, to name a few. The real question, though, is “Should sex hurt?” Well, no, actually.

Dr. Caroline Pukall, a clinical psychologist at Queen’s University, says women often accept pain as a side effect of sex, which can blind them to the existence of more serious conditions. “A lot of women say, ‘Oh, I thought I just had an infection for four years!’ or ‘I thought I wasn’t aroused enough!’ ” she says.

Once common-sense sources of pain — like dryness or STIs — have been ruled out by a doctor, any remaining discomfort could be indicative of a sexual pain disorder, which have no observable physical cause and affect between five and 15 per cent of women. Below, Dr. Pukall outlines the three main types of pain disorders, their respective symptoms and what, if any, treatments are available.

Roughly five to 15 per cent of women are affected by CPP, which refers to pain that is experienced “during deeper thrusting” and is felt abdominally, or further into one’s reproductive area. Pukall says that while there can be multiple causes of CPP, it is very well-researched, and can be treated with a combination of physiotherapy and psychotherapy “focused on pain management and reconnecting that person to sexual feelings.”

This classification of sexual pain refers to any discomfort on the vulva (a.k.a. the outside of the vagina) over a period of three to six months that can’t be attributed to superficial causes, like infection or scarring. It’s not as well-known or well-researched as CPP, but has about the same incidence: about six to 16 per cent of women. 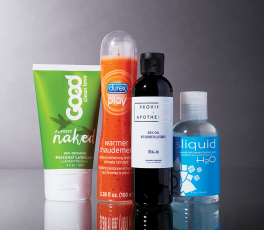 Lubes That Could Transform Your Sex Life

There are also several different types of vulvodynia, Pukall says. “The most common one we find in pre-menopausal women is provoked vestibulodynia — that is, pain at the vaginal entrance upon contact.” Pukall says PV, which is marked by a sharp, burning or cutting sensation, usually only flares up when something is pressing on that area — even in non-sexual scenarios, “like a gyno exam or horseback riding.” The most successful treatment by far for PV is pelvic-floor physiotherapy, which helps to reduce muscle tension. Another option, aside from psychotherapy, in more serious cases is a surgery called vestibulectomy, which involves removing a thing ring of vulvar tissue called the vestibule — a bundle of hypersensitive nerve fibres.

Another type of vulvodynia is generalized unprovoked vulvodynia, which affects between six and 16 per cent of women, most over the age of 30. The pain, which is typically described as “irritating, raw and tender,” is felt across the entire vulvar area (from the anus all the way up to the mons pubis). Pukall says many sufferers “cannot work, sit or walk,” which significantly impacts their quality of life. (“Even just wearing underwear can be triggering for them.”) She recommends a combination of pelvic-floor physiotherapy and psychotherapy for pain-management purposes, but not surgery in this case. Also, medications that are typically used to treat unprovoked pains are “really good at taking down any burning sensations, and help with sleep.”

This one means — you guessed it — “painful clitoris.” This category, which is marked by persistent, dull pain across the clitoral area, is just beginning to be researched. Pukall says a low dose of the drug amitriptyline (an antidepressant) can be used to curb symptoms, but there’s not a lot information about this particular condition yet.