Not superwoman: My triathlon challenge

The question I'm asked most often, when people find out that I'm training for a triathlon, is: how do you find the time? As a mother of four children under the age of 10, and a part-time writer, the truth is, sometimes even I'm not entirely sure. But one thing I know for certain: I'm no superwoman. 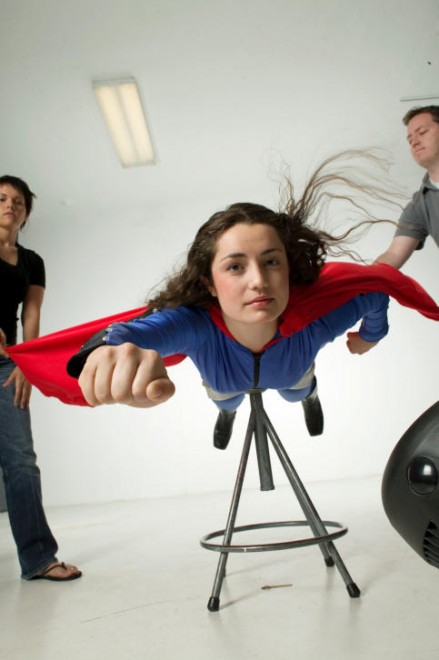 The question I’m asked most often, when people find out that I’m training for a triathlon, is: how do you find the time? As a mother of four children under the age of 10, and a part-time writer, the truth is, sometimes even I’m not entirely sure. But one thing I know for certain: I’m no superwoman.

My biggest secret? Regularly scheduled naps. That’s not a joke.

At the beginning of the triathlon project, eight months ago, and armed with information gleaned online, I imagined following a work-out schedule fit for a professional athlete. This notion was instantly squashed by reality. Guess what? Only magical thinking will get the kids to swim lessons, fresh-cooked meals on the table, writing deadlines met, homework and piano practice supervised, while working out twice a day and keeping one’s marriage intact. Oh, and maybe some downtime with friends on occasion. Not to mention sleep.

But instead of giving up, I scaled back and lowered my expectations. I’m not a professional athlete. I’m not even a particularly ambitious amateur: this isn’t an Ironman triathlon I’m aiming for; it’s the completion of a triathlon. Period. The challenge is not to win, but to gain endurance and fitness and confidence during the training process, so that I can cross the finish line with a smile on my face. And that is a challenge I’ve been able to run with. (Not to mention bike and swim with!).

Here’s how I find the time:

1. Scheduling: My husband and I meet every Sunday evening with our calendars to hash out the nitty-gritty details of the upcoming week. With his support, I squeeze in an extra yoga class here, or a bike ride there. I’m much less likely to skip a work-out knowing it’s my only chance on any given day, and knowing also that family members are sacrificing their time for mine.

2. Early mornings: I figured out pretty quickly that late-night exercise is not for me. So instead, four mornings a week, my alarm sounds just after 5am, a habit that began in the fall with just one morning a week. In January, I added a second morning for swimming, then a third when I realized more practice in the pool was needed, and finally a fourth when a friend invited me to her spin class. Now, it’s habit to jump out of bed, dress in clothes chosen the night before, grab my backpack, also packed the night before, and head out to meet a friend.

3. Changing priorities: Early to rise means early to bed. Some nights I’m in pajamas before the kids. I’ve sacrificed some social plans, and drink less when I’m out. There are times when I just have to say “no.” But I try to balance life in other ways, making the most of time spent with friends, planning regular date nights with my husband, and appreciating that starting the day with “me” time means my cup has already been filled.

4. Naps: When I arrange plans around naptime, friends know it’s my nap we’re talking about. I have the luxury of working from home, and a gift for instant sleep, and can do it anywhere, anytime, in a short burst of between 20-40 minutes. Come to think of it, this might be my only super-power. (And, yes, I use the “tele-sitter” for brief periods to entertain my preschool-aged children when they are home during naptime).

5. Creative multi-tasking: I’ve literally jogged between volunteering in my daughter’s kindergarten class and picking up my son from nursery school. I take running gear to my kids’ soccer practices. I time carpooling duties to fit around a quick yoga class. I make use of Saturday mornings. On errands, I pull my kids around town in the bike stroller.

And that’s pretty much what buys me 10 to 15 hours of exercise each week: scheduling, support, prioritizing, naps, and creativity.

Now, I’m wondering: any other not-superwomen out there, attempting similar challenges? Willing to share your secrets, too? How do you manage your time?