And in the end, the most helpful advice came from Facebook, not my doctors. 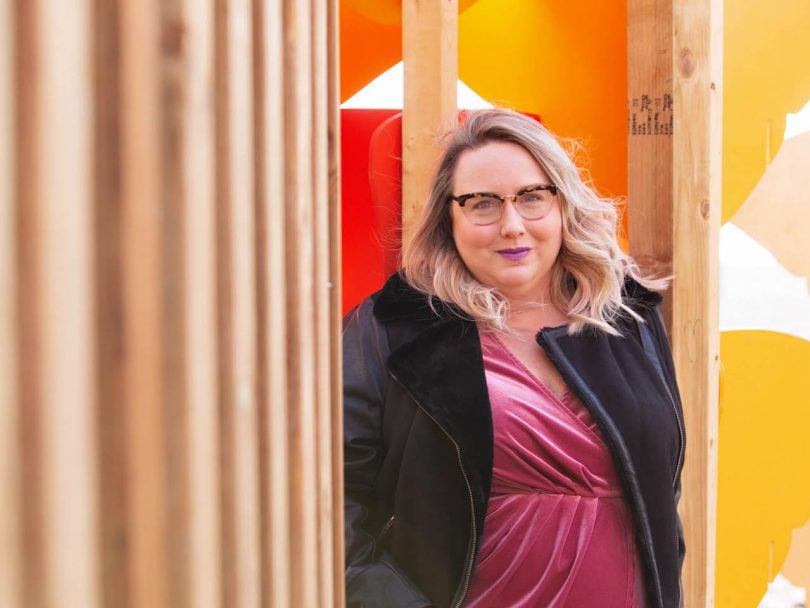 When I was 15, I started getting mysterious, painful lumps in my armpits and groin—but anytime I would bring them up to my childhood doctor, she would brush me off, saying it was acne or maybe an ingrown hair. Eventually, I stopped going to the doctor when a new lump popped up—especially since they always got better on their own. This went on for almost two decades (yes, really), until one day in 2016, a swollen, painful lesion appeared in my armpit and didn’t go away. At first, I couldn’t seem to make myself do more than Google my symptoms time and time again—descending into a dark hole of WebMD-inspired nightmares with each search, of course. Was it a sexually transmitted infection? Or something even more serious? I wondered. When it grew in size and started to leak a foul-smelling pus, though, I realized I couldn’t ignore it any longer. I went to a walk-in clinic, where the doctor recommended I see a wound care specialist. That was when I realized that whatever was happening to me was bigger than the acne or ingrown hairs or whatever doctors had tried to tell me in the past. While I needed physical relief, what I needed most was my current doctor to shut down the voice in my head that was fixated on potential diagnoses, and to guide me on how to safely navigate through what was happening.

A few weeks into my treatment for one bump, I found myself sitting in my doctor’s office with a second lump, this one on my inner thigh. I felt vulnerable and overwrought with emotions. For too long, my concerns had been pushed aside by doctors; now I needed someone to listen to me. I carefully explained the painful boils that had been appearing in my armpits and groin for years: “Sometimes these boils just appear out of nowhere and erupt this pus, like a big zit. Or something they will ooze this horrible smelling liquid. I don’t know what’s happening,” I told him. When he asked to take a look, I felt embarrassed, like I was about to share a dirty secret. But showing him the lesion honestly wasn’t as awkward as I thought it would be. Actually, it felt like lifting a weight off my shoulders. For the first time, I felt heard.

Then, the reveal: “I’m fairly certain you have hidradenitis suppurativa; it’s a chronic skin condition,” he said. 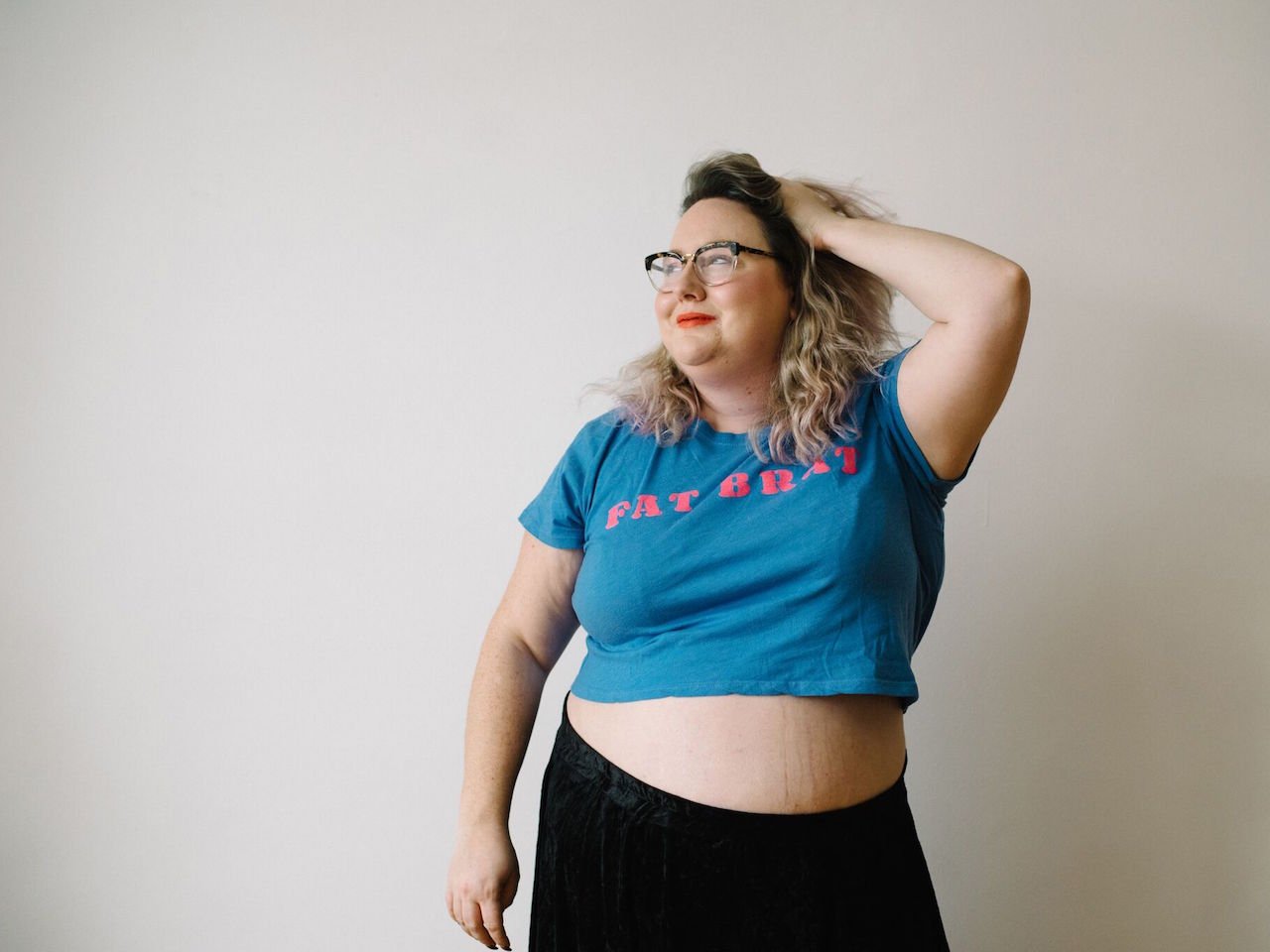 I’d never heard of this skin condition before, and I didn’t know what it meant for my future. I soon learned that hidradenitis suppurativa (HS) is three times more common in women than in men. It causes small, painful lumps under the skin, usually in areas where hair follicles are surrounded by oil and sweat glands, like the armpits, butt, groin and, in women, under the breasts. And it’s genetic. In people who don’t carry the specific genes associated with the condition (NCSTN, PSEN1 and PSENEN), a hair follicle that gets blocked by natural oils or carotene will just turn into an in-grown hair. In people who carry one of the HS genes, it becomes the painful lumps that I had been experiencing, according to Dr. Afsaneh Alavi, an assistant professor in the division of dermatology at the University of Toronto and a dermatologist at the York Dermatology Centre.

Finally, 18 years after I’d first experienced symptoms, I had a name for my condition. (Delayed diagnoses are common with HS, but this was particularly bad. According to the Canadian Hidradenitis Suppurativa Foundation, the average Canadian will see five doctors with over 17 visits spanning eight years before being diagnosed.) Unfortunately, learning I had HS didn’t make much of an impact on my health. My doctor provided a medicated ointment to use during flare-ups and referred me to a dermatologist. I felt hopeful when I made an appointment to see her, but the visit was not at all what I expected. Her first and only suggestion was that I go on a diet, saying, “losing weight will help your symptoms, you’ll feel better.”

Dr. Joseph Lam, a clinical associate professor at the University of British Columbia and a pediatric dermatologist who has studied HS in children and teens, says that for some plus-size patients, skin rubbing against skin can exacerbate HS symptoms. But, Dr. Alavi says, “telling a patient to ‘just lose weight’ can be one of the most frustrating things to hear. This is a genetic disease and it’s nobody’s fault. But when physicians bring up [weight loss], it sounds like the blame is putting back on patients.”

In the months since I saw that dermatologist, not much has changed. There’s no cure for HS, so I can only try to prevent flare-ups and, when they happen, manage the symptoms as best I can. The Canadian Dermatology Association lists hot weather, sweating and excessive exercise as potential triggers. So, I only wear loose-fitting items, and I make sure to wear shorts under dresses and skirts on hot days, to keep my skin from chafing. If I go to the gym, I make sure to take my own antibacterial soap which helps to kill any bacteria that may have built up while I was sweating.

And honestly, I learned about most of these tactics not from a medical professional, but from fat-positive Facebook groups, where I have been able to speak candidly with other plus-size individuals who have this skin condition. I’ve also received emotional support, something Dr. Alavi says is currently missing from the way we treat HS. “[HS patients] absolutely need mental health support,” she says.

Living with HS can be a challenge, and I still have days where I’m frustrated, tired and in pain. But living with this condition has made me more aware of my body overall. And I’ve been able to connect with others online who have the same experience—and feelings—as me has made me realize something important: I’m not alone.