"Mustang Sally" was the song playing in my doctor’s office when I found out I had breast cancer. 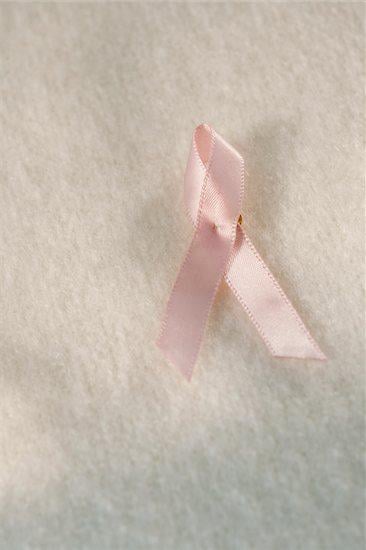 “Mustang Sally” was the song playing in my doctor’s office when I found out I had breast cancer.

Curious selection, I thought. I’m fascinated by what I tritely call, “the soundtrack of my life” — how songs randomly playing at a certain point in time can come to represent deep memories and emotions. It’s always been funny to me how they can transport you back in time, to a slow dance in grade eight, or to your first job at the ice cream shack when you’d crank up the radio when the boss was away.

The day my dad was diagnosed with late-stage pancreatic cancer, I drove home from the hospital in stunned silence. When I purposefully flicked on the radio to break it, the car was filled with Snow Patrol’s empty and mournful “Chasing Cars” imploring me to lie still and just forget the world. It was the most fitting accompaniment that I can imagine. My dad died just two months after that; two years later that song still stops me in my tracks wherever and whenever I hear it.

Just a year after that day in my car, “Mustang Sally” was playing and now I was the one with cancer. That song wasn’t such a perfect fit. It didn’t seem to belong there, in that place. As a matter of fact, I didn’t really think I belonged there either.

I had just turned 33 and was healthy — ironically, probably the healthiest I’d ever been thanks to a recently-adopted exercise regimen that had helped me shed a few extra pounds. In fact, it was probably the weight loss that led me to be admiring my new sleeker boobs in the first place, which, in turn, led to my unwelcome discovery.

What I’d found couldn’t rightly even be called a “lump,” I didn’t think, but there was definitely something a little weird about my left breast. Still hard to explain, it just felt somehow different from my right — probably just some hormonal randomness or the fallout from a couple of lost pounds. I promised to follow-up with myself again in a day or two. When I did, whatever it was was still there, but was it smaller than last time? I couldn’t be sure.

I decided the mature thing to do would be to have it checked out by my family doctor, which led to a neurotic, Seinfeld-esque phone call where I went into another round of “I think I might have a lump — well, not really a lump, more like some weird thing or maybe it is a lump, I don’t know? I’m not sure, do you think I should see the doctor?”

“Uh, yeah”, was all the confused receptionist could say. She booked me in for later that day.

Was I scared at that point? Hell, yes — scared of being mocked for being paranoid, mostly. I figured this was likely pretty common after someone close to you has had cancer — showing up at your doctor’s office for every little thing until they finally, patronizingly say, “You know, Lauren, every bump and bruise for the rest of your life isn’t going to be cancer.” Wow, that’d be embarrassing, I thought. I waffled about it for a while — I’m probably being paranoid if I run to the doctor, but I’m definitely being stupid if I don’t. In hindsight, not really a tough call.

To my doctor’s great credit — and my increasing horror — she took my not-quite-a-lump very seriously. The doctor was unequivocal — you always, always get it checked out. As she began her exam, she peppered the conversation with helpful tips for the proper way to perform a self-breast exam. Her tutorial slowed when she arrived at the spot in question. She went over it slowly, again and again. Finally, she stopped, looked at me and said simply, “Good call.”

I quickly discovered there was something to fear more than paranoia.

Soon after came the mammogram, the waiting, the biopsy, the waiting, and, finally, the results — complete with “Mustang Sally” playing away in the background: Ride Sally, ride.

That was a year ago this week. In the meantime, there have been decisions, good luck, surgery, reconstruction, complications, surgery, bad luck, genetic testing, more decisions and so on.

Perhaps that song was more apropos than I originally thought — I was in for an interesting ride.

Do you know someone who was diagnosed with breast cancer? In honour of Breast Cancer Awareness month, please share your stories here.