What Are Intact Grains? Plus, Why You Should Be Eating More Of Them

How to up your whole grain game. 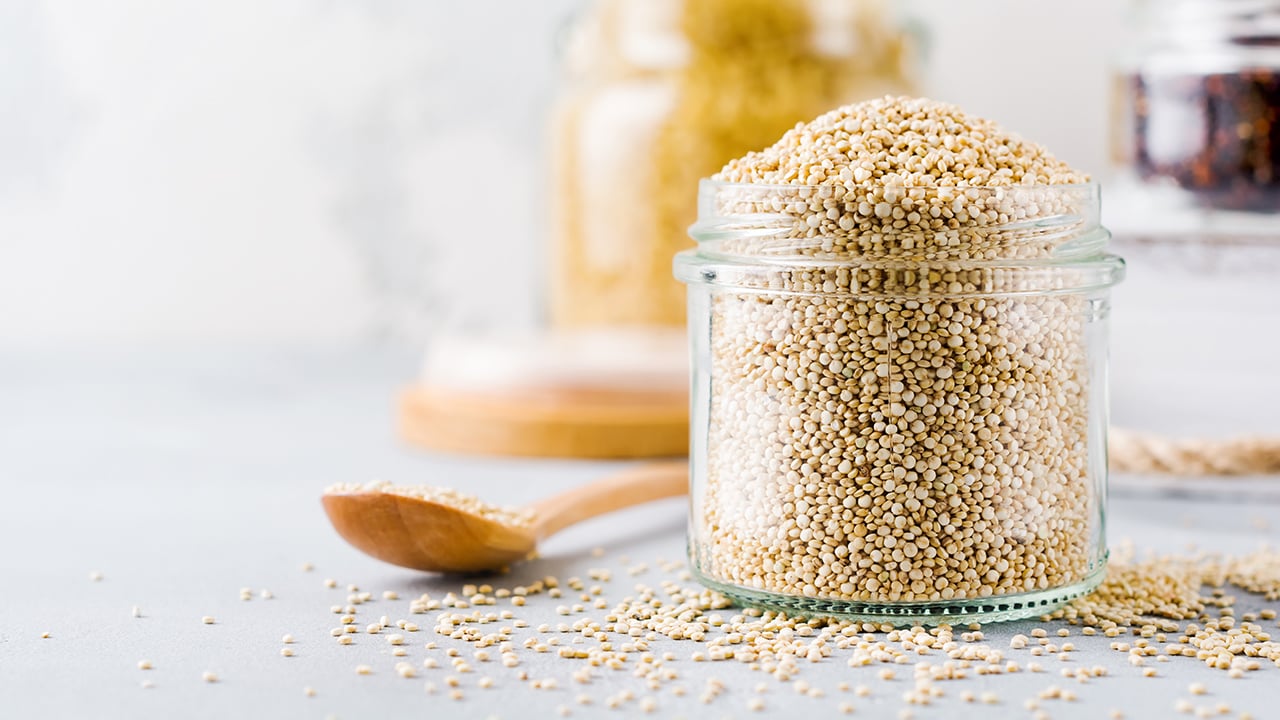 Whole grains are chock full of key nutrients and offer a host of health benefits, such as a lower risk of heart disease, diabetes and weight gain. But not all whole grain products are created equal. Consider including intact whole grains—grains which are less processed—for even greater advantages to your health. Here’s what you need to know.

What are whole grains—and what are intact grains?

Whole grains are essentially the seeds, or kernels, from which grain plants grow; they contain the fibre-rich outer coating of the bran, the central endosperm and the nutrient-rich inner germ. When grains contain all three—bran, endosperm and germ—and are in their unprocessed seed form, they are called intact.

When whole grains, such as whole wheat and brown rice, are refined into white flour or white rice, both the bran and germ—along with all their nutrients—are removed, leaving just the endosperm. While some of the lost nutrients are replaced due to mandatory nutrient fortification of products such as white flour, many, including the fibre, zinc and assorted antioxidants, are not. Consequently, refined grains are a much less nutritious choice.

“The fibre in whole grains offers beneficial effects for the composition of the colonic microbiome (the bacteria and other microorganisms living in our large intestine).” says Thomas Wolever DM, PhD, a professor in the Department of Nutritional Sciences at the University of Toronto. His major research area is about the impact of various carbohydrate-rich foods, such as grains, fruits and sugary selections, on blood sugar and cardiovascular health.

Okay, so why exactly are intact grains more nutritious?

For starters, intact grains have a lower glycemic index, meaning they don’t spike blood sugar upon consumption. A recent review of research, published in the Journal of Nutrition, looked at the impact of differently processed oats on blood sugar and insulin responses compared to refined grains. The 10 studies included assessed the differences between oat kernels (also known as oat groats), thick oat flakes (steel-cut oats) and thin/quick/instant oat flakes and refined grains which are known to have a high glycemic index (GI), meaning they cause quicker rises in blood sugars during digestion, just as sugary foods would do. Over time, high insulin levels are linked to a greater risk of obesity, heart disease, diabetes and some cancers.

Intact grains may also help improve your mood and energy level by keeping your blood sugar more steady. “There is emerging evidence that healthy carbohydrates, that are digested slowly, such as intact whole grains, or dried peas and beans like lentils, may also beneficially influence physical feelings. Slowly digested carbohydrates, compared to those quickly digested, can provide benefits such as improved energy levels and can leave you feeling less tired, and even impact pain sensations but also affective feelings like depression and anxiety” says Wolever, whose research was included in the review. Quickly digested carbohydrates can go hand in hand with a roller coaster effect on your blood sugar—first high levels, and then your blood sugar levels can drop to low levels.

In other research, published in the journal Diabetes Care, scientists in New Zealand evaluated the effects of processing whole-grain wheat, oats, and brown rice in those with type 2 diabetes and found that even though the caloric intake was the same whether the grains were intact or processed, blood sugar readings were improved when the grains were less finely processed. Over time, even if you are healthy, these effects can decrease your risk of developing diabetes later.

I love bread. How can I find one that contains intact grains?

Look for stone-ground whole wheat bread, which Wolever notes has a lower GI than standard whole-wheat bread made from finely milled flour. “The difference between the stone-ground and finely milled flours is small, but for people who eat a lot of bread, it can have a significant overall effect.” he says. He points out that breads made with intact whole grains, where you can actually see some grains in the bread, have a lower GI, but the difference depends on the amount of intact whole grains. When choosing whole grain breads, those with a very smooth texture tend to be made from finely milled flours. Those made with intact grains will have a coarser texture, with some of the grains being visible in the bread.

What intact whole grains to look for

Intact grains include wheat berries, barley, quinoa, buckwheat groats or kasha—basically, any grain where you can see the kernel or seed. Opt for whole quinoa over quinoa flakes or flour; regular brown rice over instant varieties; and steel cut oats or oat groats over instant or finely milled oat cereals.

When it comes to preparing intact grains, a common obstacle is the fact that they can take significantly longer to cook than more refined options. Try adding intact grains to soup, or cooking larger batches and freezing them in labelled pre-portioned packets. Then enjoy them all kinds of dishes—combined with pulses, like beans or lentils, for a vegetarian main course, in salads or as side dishes like a pilaf.