I’m disabled, and finally gaining access to affordable medical care was a crucial factor in making my partner leave. 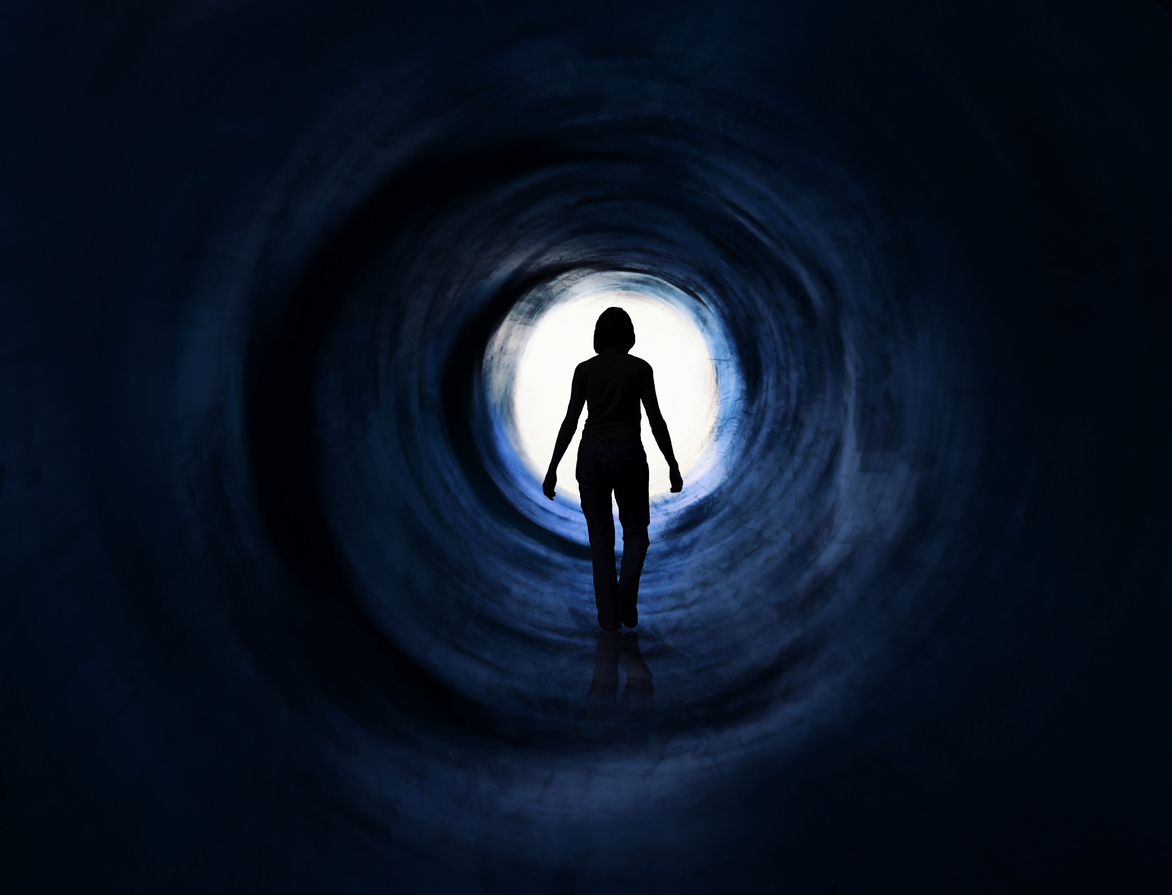 In 2014, I moved in with my then-partner. I had been living at home and was ready to leave, but my family worried about my ability to care for myself independently, as I’m physically disabled with partial paralysis. They didn’t support the idea of me finding a place on my own, or with roommates not obligated to contribute to my care. So, my partner and I packed up together that spring, first moving into a newly vacant bedroom in an apartment my relative was renting.

This living situation turned out to be toxic due to issues with my relative and their partner, and that toxicity began to bleed into my own relationship. Because we were experiencing the trauma together, I dismissed many red flags, like the way he held me responsible for any reactions he had. Six months into this arrangement, we knew we needed to escape, so we found a place to live on our own: a one-bedroom, four-storey walk-up apartment in Toronto. I thought this would resolve his stress so we could begin repairing our relationship. To my dismay, our relationship’s red flags didn’t disappear with the move. Now that there were no witnesses around, the psychological and emotional abuse escalated to violence.

When we moved into the apartment, the full responsibility of rent and bills fell to me. My partner worked sporadically, though often withheld his earnings for what he called his “own security.” I ended up dropping out of school, where I’d been studying anthropology and literature, to work full-time as a “customer service agent” for an adult website where I “encouraged” site users to spend money on models’ streams to make ends meet. The pay was just above minimum wage, and with dropping out I lost access to the student benefits just as my healthcare costs began to rise. To help out, my partner’s mother would often bring over groceries and secretly slip me hundred dollar bills with a knowing look whenever we’d meet for meals. Even with this, I was rapidly going into debt and still needed physical help getting in and out of my walk-up.

According to DAWN Canada, one third of women with disabilities live below the poverty line (which is $8,360.000 a year). In addition, 71 percent of queer women with disabilities and 29 percent of racialized women have experienced some form of intimate partner violence since the age of 15. While these statistics use cisnormative ideas of gender, people of all marginalized genders are similarly impacted, those experiencing transmisogyny often at the most extreme end.

I am multiply marginalized. The societal barriers I face from identities—racialized, queer, disabled—have always put me at greater risk of intimate partner violence. There are many others out there like myself, surviving abuse from caregivers of all kinds, because there are no systems that truly support us. Something as simple as accessible health care could have provided what I needed to leave my abusive relationship sooner, and on my own terms.

This time in my life feels hazy to recall now. I’d spend hours at work wishing that I was home, and my hours at home wishing I could be anywhere but there. I began to experience pain flares from nerves in my muscles that needed to overcompensate for my atrophied muscles that were so excruciating, I’d start throwing up at work and have to leave early. I was in a blur of calculating expenses and focused on trying to make commission quotas in order to get bigger bonuses so I could continue to afford my daily coffee to get me through the day.

Burnt out and exhausted, I left my job in 2016 to pursue freelance writing. I knew I couldn’t survive in an office if they weren’t able to provide accommodations like remote work or flexible scheduling, especially after seeing my mother get let go from two jobs in a row when her absences increased after she fell ill. After job offers stopped coming once I started bringing my cane to job interviews, taking any assignment I could get became the only way to survive, and even then, it was a struggle with all the chaos and violence I was living with.

I tried to get my own health insurance as a self-employed freelancer, but being disabled meant that I had a pre-existing condition from birth that either excluded me from affordable plans, or excluded the kind of health care I needed covered. Between prescriptions, catheterization supplies, and physiotherapy my medical costs were in the hundreds every month, and even that was cutting back on physical therapies my doctor wanted to refer me, medications, and even borrowing mobility aids from other disabled friends.

Eventually I ended up on OntarioWorks, the province’s social assistance program, while attempting to enroll in the Ontario Disability Support Program; the latter would help cover more of my medical supplies and costs. But the maximum allowance OW would provide to an individual was not enough to cover the costs of rent, let alone other expenses. There was no other option but for my partner and I to apply as common law partners reporting our combined income, increasing the maximum just enough money to cover my rent.

Over the next two months, I lost 30 percent of my body weight. I was constantly throwing up from pain, amassing overwhelming debt, and I was unable to work more than I already was. If I earned more than $200 per month, my assistance would be clawed back. I couldn’t work anywhere that wouldn’t provide me with health benefits if I wanted to get off OW, and I couldn’t make my partner leave if I wanted to get enough money to cover my bills and have what little food and support he was offering me through his mother or when he’d finally dip into his security funds when I’d already maxed out my overdraft. I was terrified that without that tiny bit of support, I would lose the apartment to the eviction notices I was narrowly evading each month.

It wasn’t until 2019, when I got a job at a major broadcasting company that promised possibilities of contracts with benefits, that I felt able to leave. The contract was the best pay I had ever received, although it took me off social assistance and the medical coverage it gave, and it didn’t come with benefits. I calculated the costs: if I held off on certain health care regimens, such as starting new prescriptions for my ADHD and pain, and if I could snag the contract extension that was held in front of me like a carrot on a stick, I could afford to get my abuser out.

It was an unstable path at best, but I took the leap of faith and I called my partner’s mother, who had become an ally, to physically remove him from the apartment. I don’t like revisiting memories of that day, or the violence that escalated when he was faced with the consequences of his ongoing abuse. But once he was gone, I was finally able to find enough peace to blossom as the self-sustaining creator I am now since I no longer had to focus all my energy anticipating his every need for my own safety. Still, I struggle with the fear that since I can’t get my own insurance due to the costs of having a pre-existing condition. I worry that I am never going to be able to consistently afford to care for myself in the way that I need to continue thriving.

It will also take me a while to heal from that time in my life. Even after I had been with my new partner for more than a year, I was afraid to move in with them despite the trust we had built (and the fact that we could share rent). Once we did, it took two months after they enrolled me in their new work health insurance plan for me to get comfortable using it. I knew that if I became reliant on that help, it would give my partner power over me.

Getting health insurance is still only a small piece of the puzzle of how people become too vulnerable to leave domestic violence. Housing, labour rights and healthcare all play roles in what we need to survive on our own. Otherwise, people in similar situations as mine will always be in the position of giving our autonomy over to partners or caregivers who may exploit it.