Basically, there’s no escape from the tiny grains of pollen, from ragweed to poplar, that make your life miserable throughout allergy season. 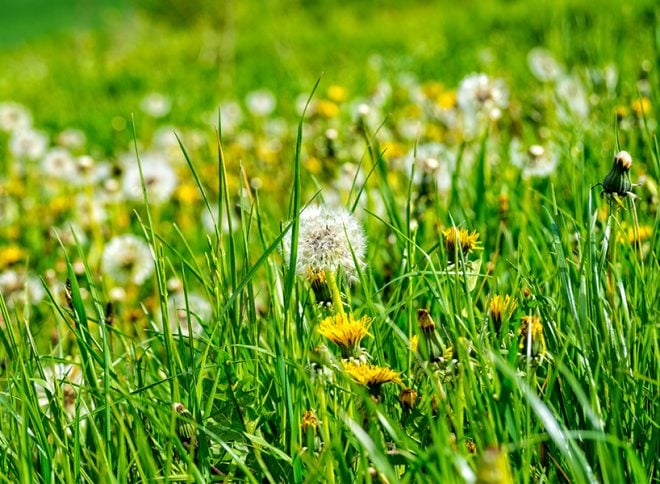 Somehow it always comes back to the birds and the bees. Even seasonal allergy symptoms are a result of the plants and trees getting frisky this time of year. “Male trees release millions of pollen grains into the air in an attempt to find a female,” says Thomas Ogren, an American horticulturalist and author of the book Allergy-Free Gardening.

But unlike what most dating apps would suggest, females are few and far between in Canada’s urban areas (such trees are considered too messy, scattering fruits, nuts and seeds all over town, so most North American cities tend to avoid planting them). Since all that unsuccessful pollen has nowhere to go, guess who suffers the consequences? “Much of it ends up in the air, blown by the wind, where we inhale it into our throats and noses,” says Ogren. Common reactions by pollen-allergy sufferers include watery, itchy eyes, nasal congestion and sinus pressure (among other unpleasant symptoms of hay fever).

But don’t start planning your urban exit strategy just yet. While Canada’s allergy season varies depending on location and climate, read on for some of the top pollen producers.

Ragweed
Where it grows Mainly in Ontario, Manitoba, Quebec, but ragweed also makes appearances in Atlantic Canada and Saskatchewan.
Pollen release Late July to first frost, but peak from August to late-September.
What you need to know It’s pretty potent. Just one plant can release up to a billion grains of pollen. “Ragweed pollen triggers a strong allergic inflammatory reaction in lung tissue, potentially resulting in respiratory problems or even asthma,” says allergist and president of the Canadian Society of Allergy and Clinical Immunology, David Fischer, who is based in Barrie, Ont.

Elm
Where it grows Across Canada
Pollen release March to May
What you need to know Elms that pollinate in the fall tend to be more allergenic than their spring-pollinating counterparts, but both can make your life miserable. Fortunately, the fall-pollinating versions are less common in Canada.

Mold spores
Where it grows Across Canada
Spore release March to late October; peaks from May to fall.
What you need to know Mold doesn’t just live indoors. “Because we have so many grain crops in the Prairies, we also have outdoor mold spores,” says Edmonton-based allergist Stuart Carr. “They’re released when farmers thresh the crops.” Which means that heading outside for some fresh air can cause as much discomfort as inhaling a cloud of dust from your attic.

Oak
Where it grows Across Canada
Pollen release April to June
What you need to know Different species of oak can also be more allergenic than others. Learn which type is growing in your backyard (and your neighbours’).

Alder
Where it grows Across Canada
Pollen release March to June
What you need to know “Alder packs a punch, particularly on the West Coast, where it’s abundant and releases a lot of pollen over a long spring period,” says Dr. Edmond Chan, a pediatric allergist at BC Children’s Hospital in Vancouver.

Birch
Where it grows Across Canada
Pollen release April to June
What you need to know Specialists report patients with severe birch allergies in locations as far north as in Yellowknife.

Nettle
Where it grows Across Canada
Pollen release June to late September
What you need to know Although nettle produces low to moderate pollen counts, the small size of the pollen means it can travel deep into the lungs causing allergic reactions.

Maple
Where it grows Across the country, but mostly in Ontario and Quebec.
Pollen release Early spring, between mid March and late April.
What you need to know When planting a maple, seek out pollen-free female varieties. Ogren recommends Autumn Glory and Armstrong (red maples) or a red-silver hybrid, such as Indian Summer.

Poplar
Where it grows Across Canada
Pollen release March to May
What you need to know People blame poplar fluff for their itchy eyes and runny noses, but the pollen actually comes long before the fluffy particles you see in the air.