Why Are There Suddenly Mushrooms In Everything?

From caterpillar fungus to chaga, mushrooms are dominating shelves in the supplement aisle. The claim is that they boost energy, immunity and calmness. But do they deliver? 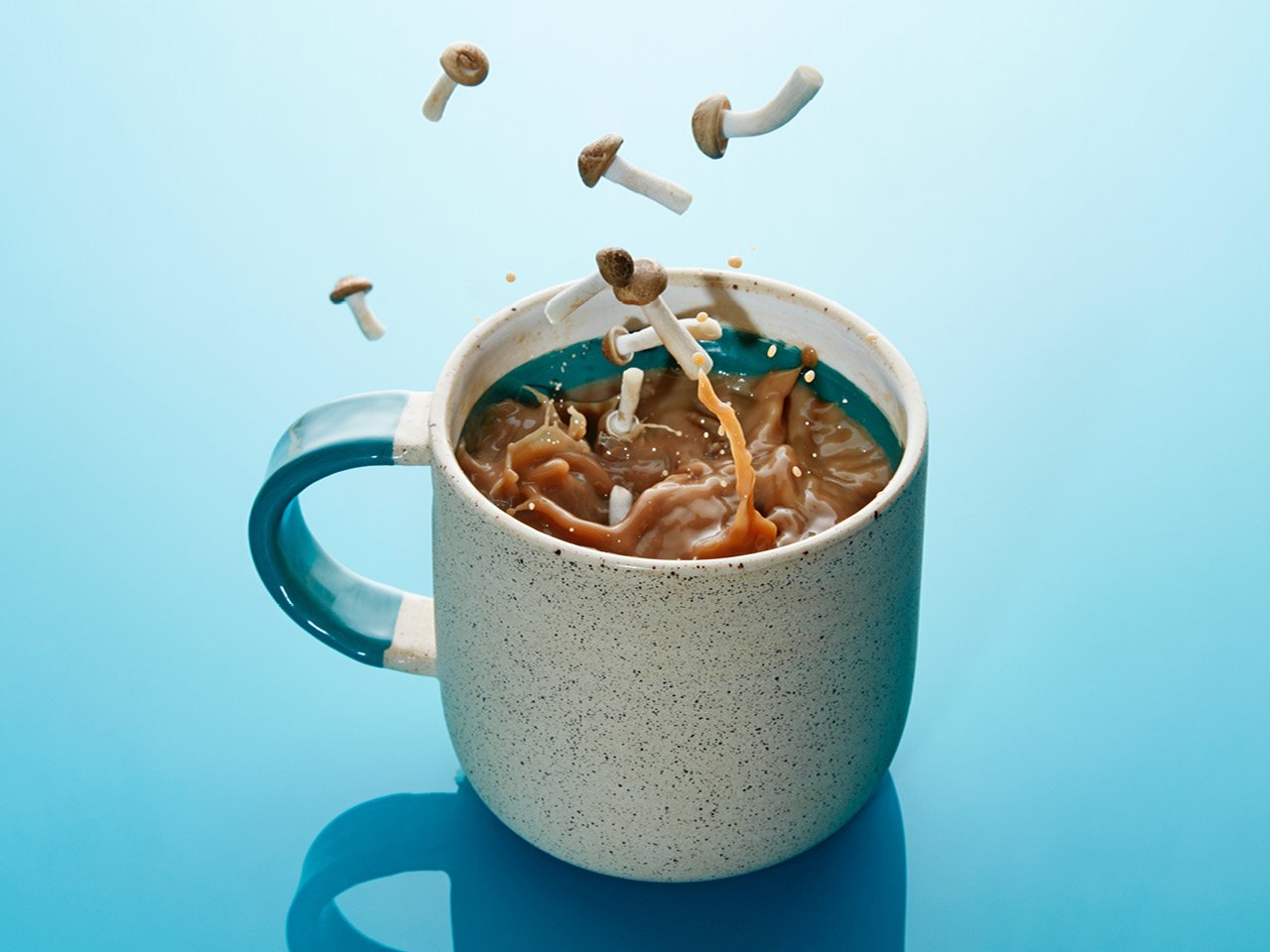 Walk into any health food shop and you’ll encounter attention-catching coffees, powders, cocoa and teas, all full of mushrooms.

Meant to be incorporated into cooking or consumed as tinctures, these products are sold as tonics or “boosters” full of “adaptogens,” which are herbal concoctions touted as helping the body counteract and adapt to stress. As the latest superfood, functional mushrooms reported double-digit growth in the U.S. natural supplements category last year.

Fungi have a long history of medicinal use, particularly in East Asia. Modern scientists, especially in the West, are only beginning to understand—and debate—their therapeutic potential. Meanwhile, medicinal mushroom products are popping up everywhere, most commonly chaga, cordyceps and reishi.

Co-founder Amy Yiu is a registered dietitian and says there is some truth to these health claims.

“Mushrooms are a source of vitamin D and polysaccharides, which are essential in keeping our immunity at work,” she says. She advises talking to a health care professional before trying mushrooms to treat a medical condition. Some of them do present risks. Take reishi (also known as lingzhi), for example: A number of cancer-treatment experts, including at the Memorial Sloan Kettering Cancer Center in New York City, advise patients that reishi can interact negatively with certain medications, including blood thinners, chemotherapy drugs and immunosuppressants.
Yiu’s colleague, TCM practitioner Dr. Jennifer Gao, says reishi is used by some people to relieve coughs and phlegm and calm the body, though she doesn’t recommend it to patients herself.

While there is little firm evidence to support certain claims attributed to mushrooms—such as that they can treat cancer or heart conditions—they are being studied everywhere. On the yea side, one recent study from a university in China indicated that many types of mushrooms help promote healthy gut bacteria. Another Chinese study found that cordyceps (or caterpillar fungus) can boost exercise performance, while researchers at the University of California found that synthetic strains could have an aerobic benefit for exercising seniors. On the nay side, a study out of a Utah university found that endurance-trained cyclists didn’t get any benefit from cordyceps, while a team at the University of Tasmania found no evidence that reishi was an effective firstline treatment for cancer.

Sustainability is an issue, too. Gao says wild cordyceps, which are used to treat chronic issues, such as fatigue and kidney disease, are pricey and rightly so: They’re collected by hand and found only in the Tibetan plateau, where the entomopathogenic fungus infects ghost moth larvae, feeding off and eventually replacing its host’s tissue. I grew up eating the wild stuff, ingesting it in homemade soups. It tastes like a slightly woody vegetable root and does look like a caterpillar—as a kid, I remember being slightly grossed out, but being forced to eat it because, according to my parents, “it’s good for you and very expensive.”

Charcoal-like wild chaga is another fashionable fungus. Found on birch trees in the northern hemisphere, it has long been used by Indigenous people in northern Canada, including Cree, Anishinaabeg, Denesuliné and Gitxsan communities. Typically prepared as a tea that has a subtle earthy vanilla flavour, chaga is prized for its antioxidant and anti-inflammatory properties, but it grows slowly. Experienced foragers only hand-harvest conservative amounts of mature chaga off living trees, leaving half to fruit again, and there are concerns about indiscriminate
harvesting to meet increased consumer demand. 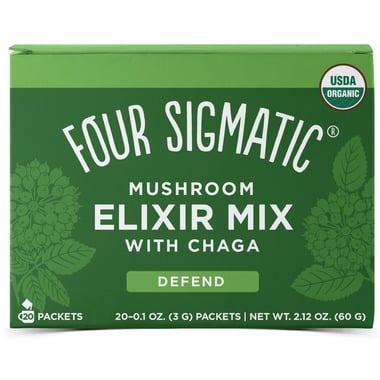 Four Sigmatic Mushroom Elixir Mix: Each three-gram pouch contains 1,500 milligrams of mushrooms with a touch of mint and rosehips, all ground to a fine, dark powder that dissolves easily in hot water. It can also be blended into smoothies and coffee, or enriched with non-dairy milk. Choose from sustainably wild-harvested chaga from Serbia, or cultivated cordyceps, reishi or lion’s mane (purported to
enhance focus), all from an organic family farm in China. All are USDA-or CCOF-certified organic and vegan-friendly. Box of 20 servings, $50, well.ca.