Marathon runner James Fell consults an exercise physiologist for the easiest ways to stay injury-free while you train. 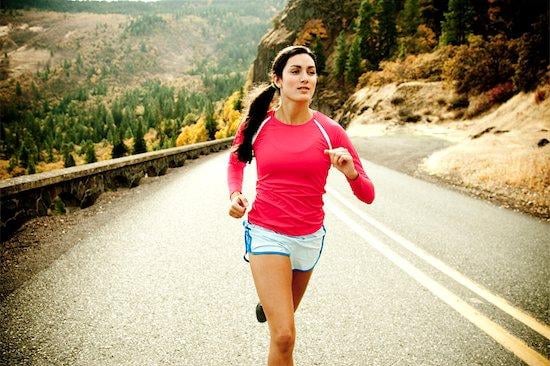 I’ve only had one serious running injury, and it was because of some foolish “do it yourself” marathon training last year where I pushed too hard. With some expert help, however, I was able to get better in time and still achieve my marathon goal.

But now I’m training for my second marathon, with my eye on qualifying for Boston. I’ve learned my lesson however and decided to get professional help from Cory Fagan whose got a masters of science in exercise physiology and is the owner of TCR Sport Lab in Calgary. He works with professionals and amateurs alike to help them achieve ambitious running and triathlon goals, as well as keep them injury-free.

“What gets most people hurt is an increase in volume,” Cory explains, “It’s too much, too soon.” Yep. I learned that one the hard way.

“The body is very robust, but not if you overload it. It leads to inflammation which is your body’s way of saying you need to slow down, take a break, you can’t handle this.”

Things like plantar fasciitis, bursitis, tendonitis, shin splints – all of these are examples of inflamed tissue from overdoing it.

“Increasing speed can be another factor leading to injury,” Cory said. Going faster means higher impact, and can be just as hard on the body as adding a lot of volume. I’ve often heard running wisdom that you should never increase both distance and speed in the same training week. If you’re looking to get better, it’s one or the other.

So what’s the solution? Here are four tips to ensure you’re training properly for an injury-free body:

1. Become an iron woman
“I’m a big advocate of weights for endurance athletes,” says Cory. “It builds up your skeletal structure to take the pounding you put it through. It’s not just legs, but back, hips, shoulders and neck – all of this can be impacted negatively by hard training if you don’t have a strong skeletal structure that includes strong muscles to handle the punishment.”

Cory recommends a full body program of weightlifting, “From your neck right down to your toes. You need to be balanced.” I’ll add that this should be done with free weights, and that an excellent exercise guide I recommend is the book Strength Training Anatomy.

2. Train your technique
Cory explains that, “Some people have injuries because how they run is poor. Most people don’t know how to run properly.” I’ll admit this took me aback, but he insists only two out of 10 people run with good technique.

“A person with a strength-training background can handle this longer, but when their technique is bad they’ll get injured.”

He adds that it’s important to work on not impacting the ground with a lot of force, reducing time on the ground and to focus on spending more time in the air.

3. Have your running assessed
Lets just say this was a real eye-opener for me.

Cory explained that I don’t have great posture — most people don’t if they spend all day at a computer. We’re hunched over at our desks so we hunch over while we run. I’m six feet tall, and Cory said I need to pretend like I’m six-foot-two when I run.

“Stand up as straight as you can, and lead with your chest, not your forehead,” he says. I tried it, and what a difference.

It engages a lot more muscles down the back of the legs, and makes you feel more efficient. It also made my upper back muscles sore (the rhomboids, specifically), but those will get trained eventually. It also got me looking at other runners, and for the first time I noticed the bent over hunch almost all of them had, which convinced me Cory was right, and that 80 percent of runners do have bad technique. Now I run tall.

4. Become a running hippie
I spoke with Dr. Reed Ferber, a professor of biomechanics and director of the Running Injury Clinic at the University of Calgary. His team got me back on track for my first marathon, and they’ll also be helping me stay healthy training for the next one.

“If I could get one point across,” Reed says, “it would be that if runners would simply start training their hip abductors, they would significantly reduce their chance of sustaining an injury. This is a fantastic injury-prevention exercise.”

This exercise requires one very simple, and inexpensive, piece of equipment — a thera-band — which you can find at most drug stores.

Here’s a video I created (my first fitness video ever!) of the proper way to use a thera-band for strengthening hip abductors.

Why is this exercise so important? Ferber explains: “Running involves constantly losing your balance and then regaining your balance. The only muscle that serves to stop you from falling over to the side are your hip abductors. For most runners, this is the weak link.”

So watch the video, and strengthen those hips to increase your overall body stability while running and help you stay injury free.

James S. Fell, MBA, is a certified strength and conditioning specialist with the National Strength and Conditioning Association. His syndicated column “In-Your-Face Fitness” for the Chicago Tribune runs in dozens of major newspapers across the U.S., and he also interviews well-known celebrities about their fitness regimens for the Los Angeles Times. In addition to being a Chatelaine fitness columnist, Fell is the senior fitness columnist for AskMen.com. Based in Calgary, he is an avid runner, cyclist and weightlifter, and wishes he had more opportunities to go downhill skiing with his wife and two children. You can look for his first book out in early 2014. Visit his site for a weight loss report.