Everything You Need To Know About Body Dysmorphic Disorder

BDD distorts your self-view and can severely impact the way you interact with the world. 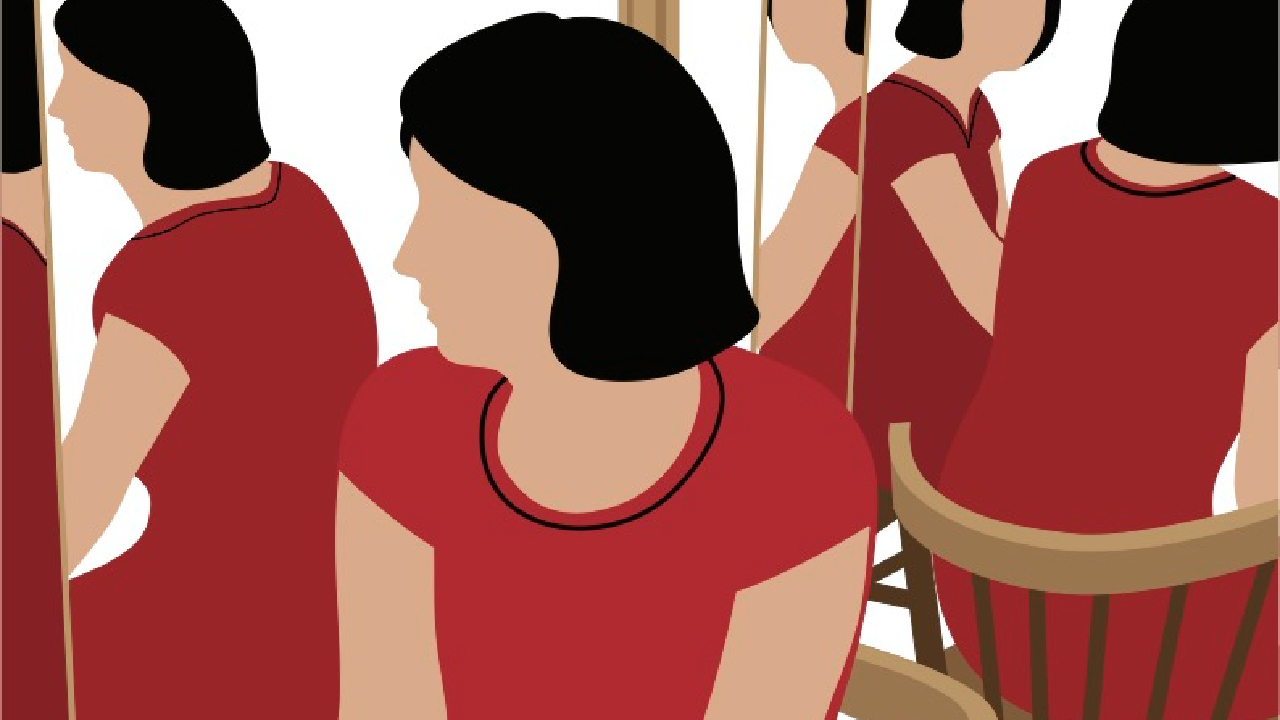 We all have days when we don’t feel great about the way we look. Over the course of the pandemic, the ongoing strain on our mental health combined with heightened triggers surrounding eating disorders have made it especially hard for those who struggle with their body image. For some people, anxiety around their appearance is an all-encompassing obsession that interferes with their day-to-day life. This condition is called body dysmorphic disorder (BDD).

One in 40 people have body dysmorphic disorder, says Jamie Feusner, a psychiatry professor at the University of Toronto’s Temerty Faculty of Medicine who specializes in BDD. Even still, the condition is understudied and easy to miss. “Many people with BDD don’t believe or know that they have it, because they think that they have a physical problem,” he says.

Here’s what you should know about BDD, how to recognize its signs and what you can do to treat it.

What is body dysmorphic disorder?

Body dysmorphic disorder, or body dysmorphia, goes beyond general insecurities or dislike for one’s appearance. “It’s a psychiatric disorder where people misperceive that something about their appearance is ‘defective’ and ‘ugly’,” explains Feusner. The effects of BDD vary, from thinking that a part of your body is deformed, to perceiving that small things—like the size of your pores or lines on your face—are more prominent than they actually are.

“It’s so exaggerated compared to what the average person dislikes in their body or in their appearance,” says Alexandra Figaro, a physician who has worked with the Bulimia Anorexia Nervosa Association (BANA) in Windsor, Ont. “For instance, it’s not just, ‘I don’t like the shape of my nose,’ but it becomes an obsession that ‘my nose is horrible.’” Because of this, people with body dysmorphia often find themselves in a vicious circle of self-scrutiny.

What are the signs of BDD?

It’s hard for someone with BDD to recognize that they have it, but there are some signs to look out for. For starters, people with body dysmorphic disorder see something that others don’t. “If there’s this discrepancy between what they’re perceiving and what people around them have said about their appearance, then that’s a sign that it could be BDD,” says Feusner.

People with body dysmorphia deal with intrusive thoughts that lead to time-consuming behaviours to try to check or “fix” their appearance. “Even when they don’t want to think about it, they can’t stop thinking about it,” explains Feusner. “It just keeps coming back to them.”

Repeatedly checking how you look in the mirror, spending a lot of time trying on clothes in attempts to cover up what you don’t like about your appearance, frequently asking others for reassurance, exercising excessively and even seeking cosmetic procedures are all common symptoms of BDD. Feusner says on average, people with body dysmorphia can spend anywhere from three to eight hours a day having these thoughts or doing these types of acts.

While these coping behaviours might offer a temporary fix, they worsen the problem over time: possibly leading to feelings of shame, anxiety, depression and even suicide. In the long term, Feusner says it’s common for people with BDD to deal with substance abuse and to have trouble developing social skills or navigating relationships.

Body dysmorphia may develop alongside other conditions that involve incessant thoughts and compulsive behaviours, like obsessive-compulsive disorder (OCD) or eating disorders such as anorexia nervosa, adds Feusner. He says about a third of people with BDD also have an eating disorder, and vice versa.

“The two problems seem to track together, and both problems have a relationship to OCD,” he says. “There’s likely some underlying neurobiology and possibly genetics that are contributing to all three of those problems, so they may develop in parallel.”

BDD can impact the way people interact with themselves and with others. “They may want to avoid mirrors and avoid people taking pictures of them,” he says. “They might even avoid going outside and being around other people.” This could involve not going outside during daylight hours or steering clear of crowded spaces out of fear of being seen. Avoidance due to body dysmorphia can be so extreme that it causes people to neglect their social life, miss school and even lose their jobs, says Figaro.

BDD affects men and women almost equally and typically starts in early adolescence. When left untreated, it can become chronic. “Most people don’t grow out of BDD; they will continue to have it into adulthood, and they can have it for all their life,” says Feusner. “I’ve seen patients in their 60s and 70s who have it.”

Causes for BDD vary, but studies suggest that there’s a significant genetic component involved. BDD symptoms can also result from lived experiences that Feusner calls “unique environmental events.” These can include circumstances from childhood like abuse, bullying, emotional neglect, or having a lot of pressure put on appearance from a young age.

How can you treat BDD?

One of the biggest barriers to addressing body dysmorphic disorder is getting people into treatment in the first place, because they may not recognize they have a problem worth being treated.

“Somebody might realize that [they’re] way too worried about [their appearance] and it doesn’t make sense, but they don’t realize that it is categorized as a mental health disorder that they could get treatment for,” says Figaro. “They might not realize at all that it’s something that can be discussed, assessed [and] addressed.”

If you suspect a loved one might have BDD, it’s important to exercise empathy. “It generally does not work, and can be counterproductive, to try to convince someone that they are not ugly,” says Feusner, adding that this approach can make people feel invalidated or misunderstood.

When trying to get someone to seek treatment, he says it’s best to focus instead on gently suggesting they speak to a mental health professional about the anguish their appearance is causing them. “Even if the person is convinced that their appearance is a certain way, they will sometimes agree that they need help with how they are feeling about it, in terms of depression, anxiety, and obsessive thoughts.”

The two mainstays of treatment are medications—such as serotonin reuptake inhibitors, which can also be used to treat depression and anxiety—and therapy, says Feusner. These help alleviate the emotional effects that come from having body dysmorphia.

Through research, Feusner and other scientists have discovered that people with BDD process visual information differently in the brain, which causes them to have a warped perception of their appearance. While existing treatments don’t eradicate the distorted self-view, they can help people to abstain from the harmful thoughts and actions caused by BDD.

“People can get to a point where their symptoms are really minor, to the extent that it’s not interfering with their life,” says Feusner. “I’ve seen people get to that point where they basically gain complete mastery over it.”

Ultimately, identifying and addressing body dysmorphic disorder early on is the best way to minimize its effects. With proper treatment from a healthcare provider, people with BDD may still see things they don’t like about themselves, but they’ll have the right tools to no longer engage in unhealthy behaviours.