Are you blind to the world?

Is ignorance making you more or less happy? Margaret Heffernan, author of "Willful Blindness", weighs in. 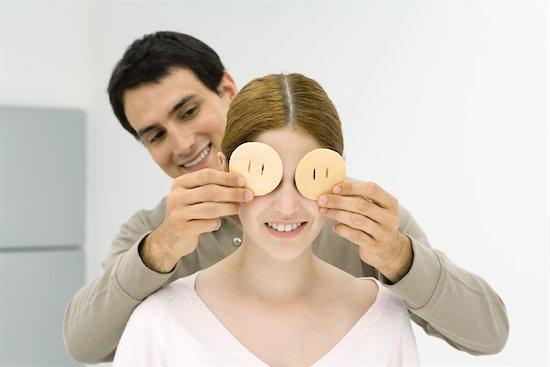 The cliche tells us that ignorance is bliss, and sometimes that seems like the best plan of action. But when ignorance leads you to ignore risks or threats, it can become dangerous. Margaret Heffernan, the author of Willful Blindness, how and why we should keep ourselves from going through life with our eyes shut.

Q: What does “willful blindness” refer to?

A: Willful blindness starts as a legal concept. In law, if there is something you could know and should know but somehow manage not to know, you’re still responsible. The law treats you as if you did know. It’s most often used in drug trafficking cases: if I give you a suitcase and you don’t open it, you are responsible if it is found to be full of cocaine. It struck me that this is a very potent idea, that there is much in our lives which we could and should know but we work quite hard not to know.

Q: What kinds of threats are we most commonly blind to?

A: In our private lives, we are blind to the flaws and failures of those that we love. In my own case, I turned a blind eye when I married a man whom I knew to have a congenital heart complaint. I was in love and didn’t want to see anything that might jeopardize our happiness. Tiredness and distraction can blind us to all kinds of information. Fear of what they contain encourages us not to open credit card bills and mortgage statements, even though the longer we ignore these things, the worse they get! Psychology research shows that the more of us who witness it, the more people will ignore an accident or crime. And a hardwired need to conform quite literally makes our brain not look at information that would put us outside the group.

Q: Is there a connection between happiness and willful blindness?

A: Well, there is a positive aspect to willful blindness. London during the Blitz was famous for cafe society and partygoing. This undoubtedly sustained morale which was more helpful than sitting around contemplating death and destruction would have been. None of us would get up in the morning if the first thing we thought about was the fact that we are bound to die! So yes, there is a point at which, to be happy and contented, we do ignore what might make us miserable. The danger comes when we ignore threats that, left unaddressed, persist and grow.

Q: Why do some prefer ignorance? And is it an active choice?

Q: How can we become less willfully blind? Do you have any tips?

A: Absolutely, we can. My book examines a number of people who’ve been willfully sighted, so to speak. Maria Garzino, who refused to be fobbed off when told the pumps being installed to protect New Orleans were fit for the job. She knew they weren’t, she did the studies and proved that they were faulty. Cynthia Thomas, who knew soldiers in Fort Hood were not being given the psychological support they needed when they returned from Iraq. Pat Lewis, an executive at Bear Stearns, who knew the bank was carrying more risk than they could see. What is so striking about all of these people is that they are ordinary: no specially high IQ, no great contacts, no special training. They’re people like you and me who simply exhibit moral courage. They’re stubborn, quite detail oriented, have energy and, importantly, they’re all optimists. They believe in the capacity of people to change. And what their stories demonstrate is that when we insist on seeing, we unleash our tremendous capacity to respond and to make the world a better place.