Try These Recipes Made With Sustainable Food (And No, They're Not All Vegan) 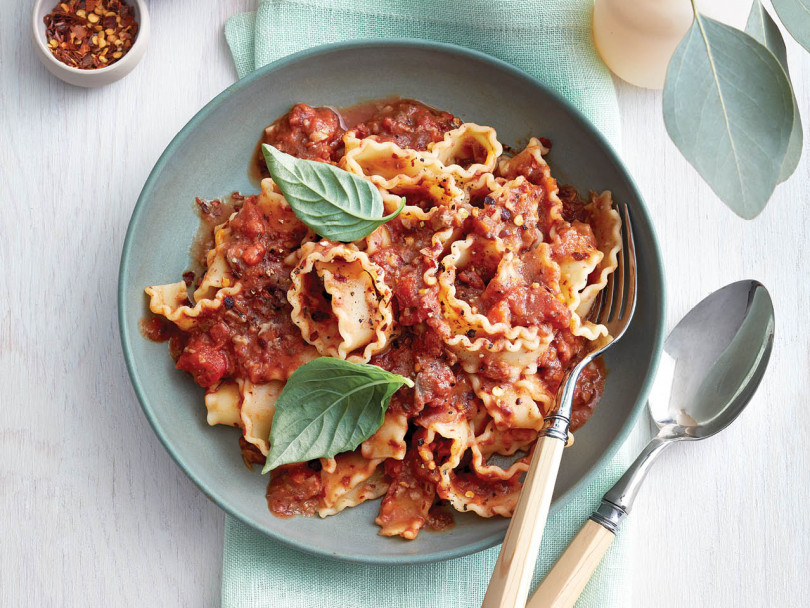 Sustainable food doesn’t have to be boring, especially when there are so many ingredients that are both delicious and good for the planet. While the very real threat of climate change is daunting, there are things you can do every day to make a difference—like choosing planet-friendly foodstuffs to put on your dinner plate. Here are a few ways to get started, including some triple-tested recipes to add to your roster.

One easy and effective solution to reduce our environmental impact isn’t embracing solar energy or buying electric cars (as good as those things are). It’s as simple as choosing what to have for dinner. According to a study in the journal Science, if the world’s population switched to a vegan diet, it would cut greenhouse gas emissions from food in half and reduce water use by 19 percent. Even adding in more plant-based meals, like this Vegan Mushroom Bolognese recipe, can make a difference. For instance, eating 20 plant-based meals is equivalent to 31 trees absorbing a month’s worth of carbon dioxide and other harmful gases.

Try being only a part-time carnivore 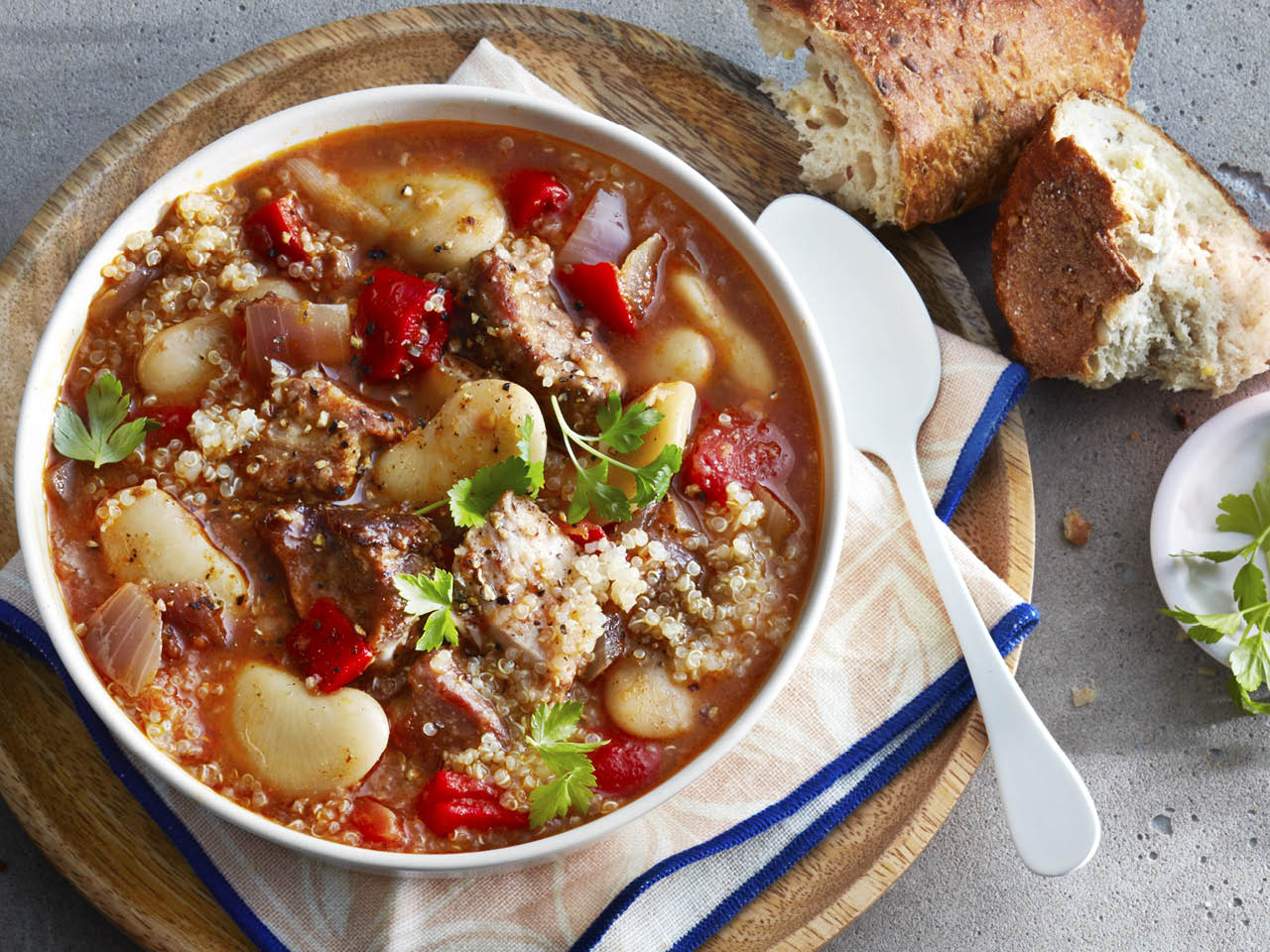 “Choose protein foods that come from plants more often” is one of the new suggestions in the updated Canada’s Food Guide, which means eating more lentils, beans and nuts, and less meat and dairy. This past January, in the medical journal The Lancet, a team of 37 scientists issued similar advice, calling for a planetary health diet as a way of creating a sustainable way to feed the globe’s growing population. With this flexitarian approach, meat takes more of a supporting role in a dish. In this Spanish Pork & Beans recipe, you can play around with the amount of beans and meat you include, doubling the beans to make it vegetarian.

Don’t throw away your veggie scraps

The peels, stalks and leaves that end up in the green bin are often loaded with flavour and nutrients. So by taking a root-to-stem approach to eating, you can amp up the taste, save money and cut down on food waste, which is a major contributor to climate change. (More than half of the food produced in Canada doesn’t get eaten, and food that ends up in landfills produces methane gas.) Plus, carrot tops, fennel fronds and radish greens are too delicious to throw away. 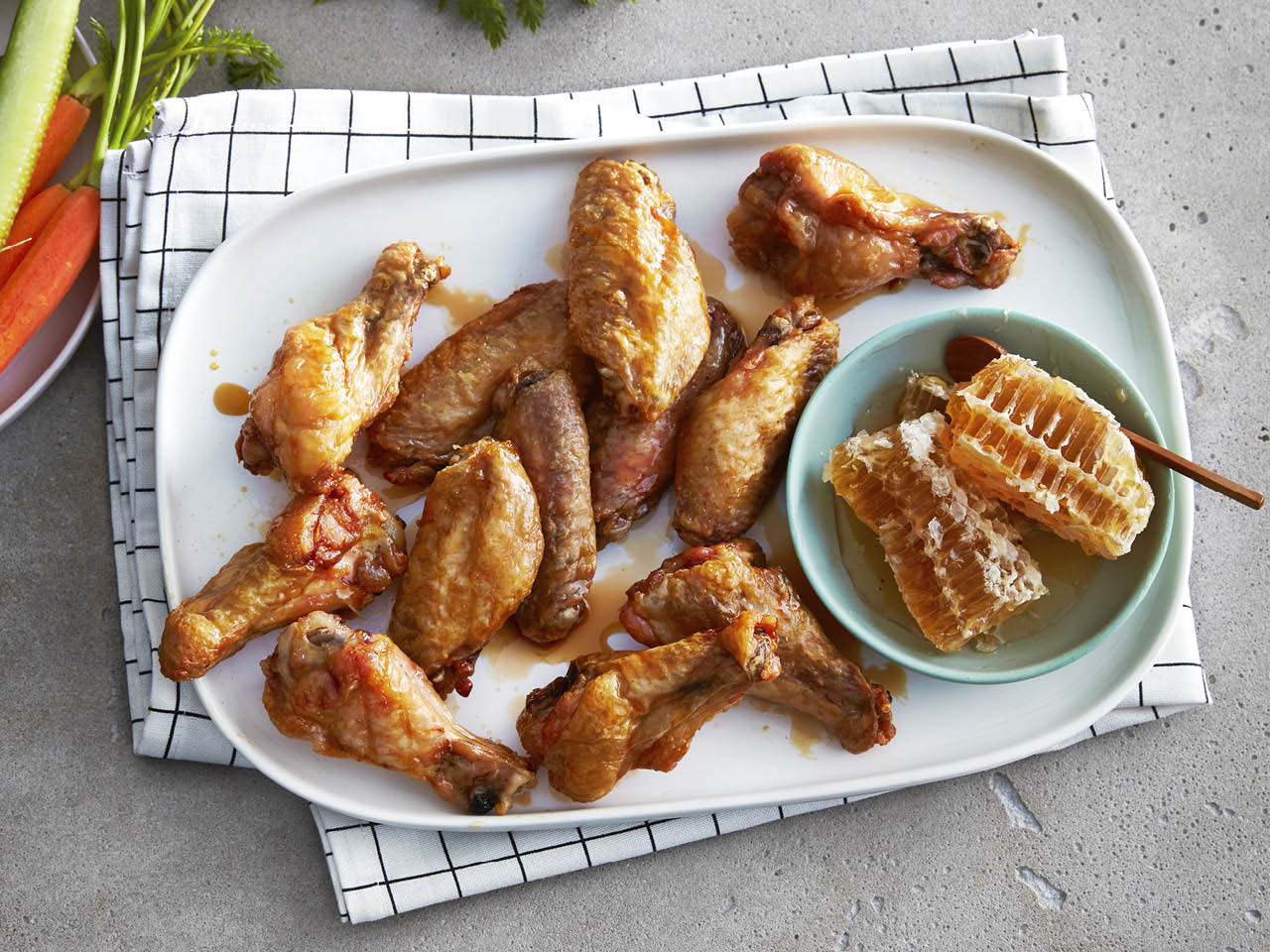 Bees are big business. In 2016, honeybees created $159 million worth of the sweet stuff in Canada. Plus, a third of the world’s food supply—everything from apples to walnuts to the crops livestock eat—depends on bees and other pollinators, which makes the decline in bee populations a pressing issue. To help the 15 species of wild bees in Canada that are currently listed as threatened, grow native plants, avoid using pesticides, and provide hydration and shelter by setting out shallow dishes of water and leaving twigs and leaf litter in your garden. Try this Baked Honey Garlic Chicken Wings recipe. 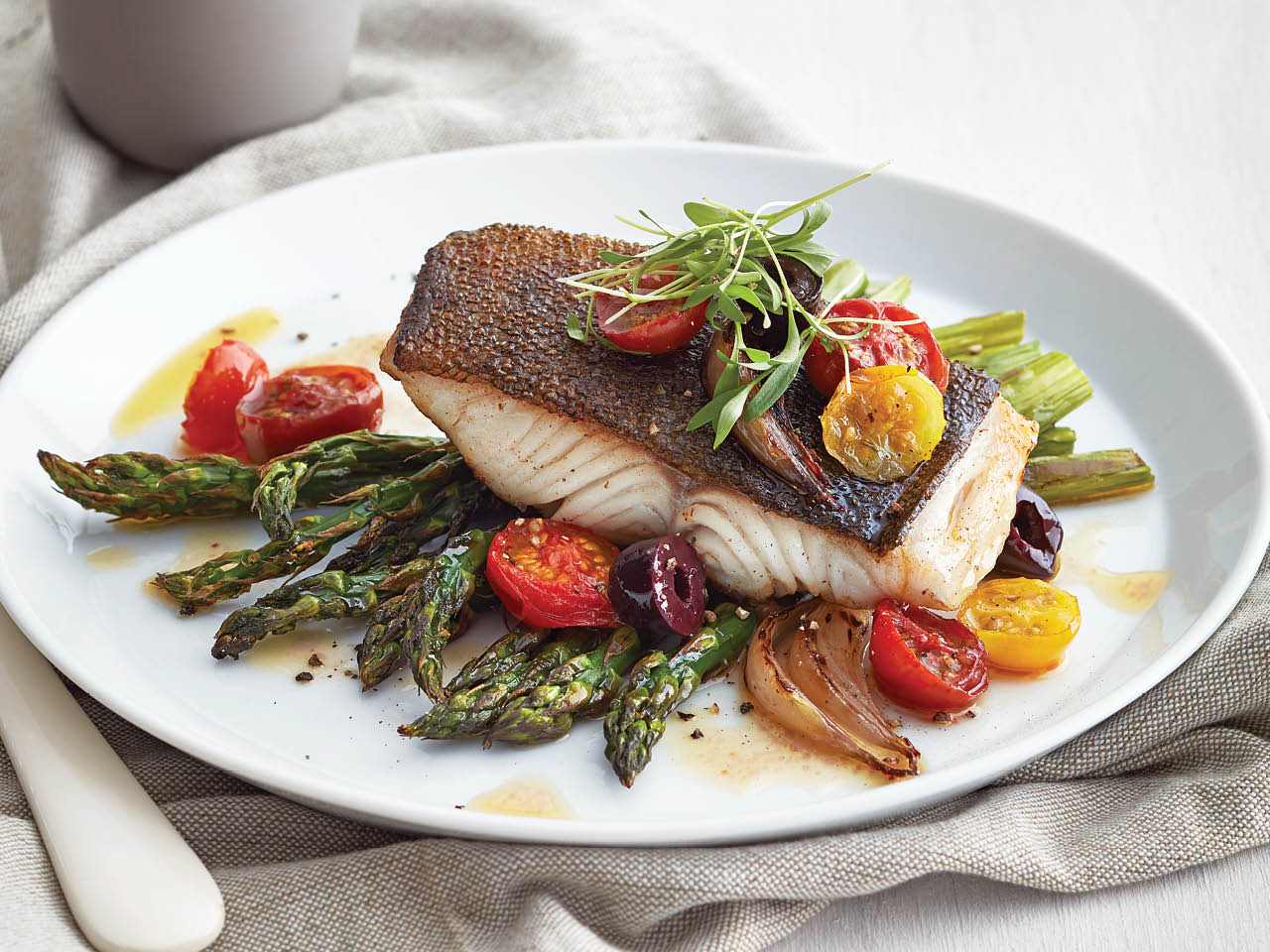 More than 30 percent of the world’s fisheries “have been pushed beyond their biological limits,” according to the World Wildlife Fund, endangering such species as bluefin tuna and Chilean sea bass. The fish counter can feel like a minefield—it’s hard to know which species have been sustainably harvested. Over the past 14 years, Ocean Wise, a conservation program founded by the Vancouver Aquarium, has been working with markets, suppliers and restaurants to ensure they have the up to date scientific information (look for its logo). You can find recommended options, including black cod, on its website. Try this Roasted Black Cod with Tomatoes recipe.