Starbucks' S'mores Frappuccino Is Back! And It's *Great* 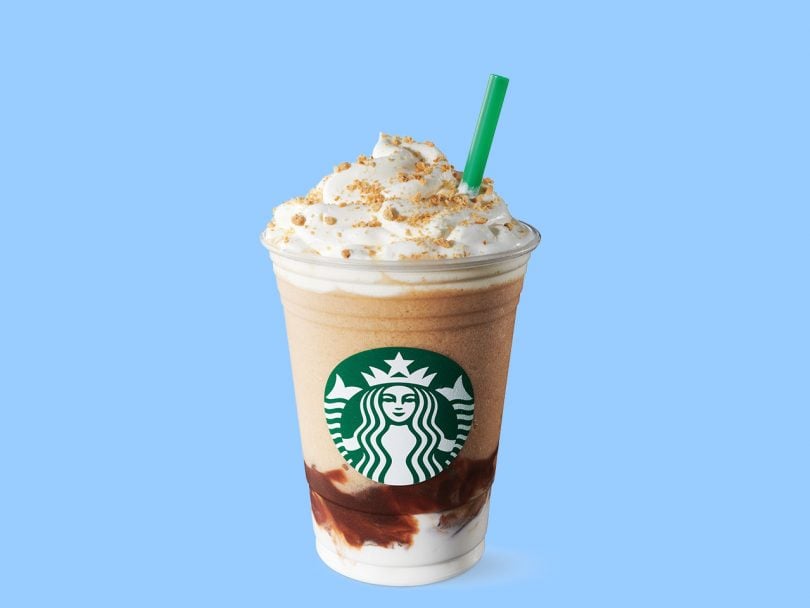 The frapp in all its glory. Photo, Starbucks Canada.

The Starbucks S’mores Frappuccino didn’t entice me when I first saw it appear on the coffee chain’s menu two years ago. It looked like just another novelty frapp that was all style and no substance. But when the folks from Starbucks dropped by with a bevy of beverages for Chatelaine staffers, I was intrigued after my co-workers started raving about it.

Unfortunately, the frapps arrived right in the middle of Passover (they’re topped with graham cracker crumbs, which aren’t permitted during the eight-day-long Jewish holiday), so I had to wait until the official release day to try it out—and after tasting many a Starbucks creation, this is one I’m happy I didn’t pass over.

And sure, this frappuccino apparently contains the about the same amount of sugar as six Krispy Creme glazed doughnuts, but it’s really more of a dessert—I’d think of it as more like a Blizzard than your morning cup of Joe.

After some unfortunate novelty mishaps (I’m looking at your zombie frapp), the fan-favourite s’mores frappuccino actually tastes good. (I believe I called it “a delight!” after taking my first sip.)