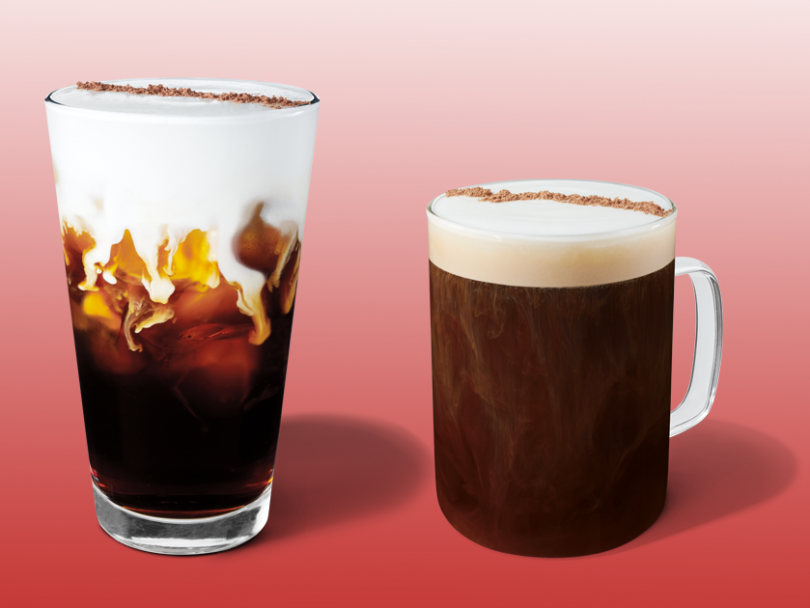 If Christmas movie round-ups and Mariah Carey’s unofficial (but official) kickoff announcement weren’t enough in terms of indicators, it’s the holiday season—and Starbucks has released two new flavours to usher in this festive time of year. The Chatelaine team tried the new Irish-cream-flavoured drinks—both of which hit stores across Canada on December 3—and we’re happy to report that they’re much better than last year’s juniper latte.

As for the Canadian-exclusive Irish cream Americano, you’ll taste caramelly espresso flavoured with Irish cream syrup and topped with that same vanilla sweet cream cold foam. On the taste, our editors were divided—some weren’t blown away by these new flavours, while others felt it captured the flavour of Irish cream—minus the booze. One editor, who had never tried Irish cream before, thought it tasted like sweet, slightly more flavourful coffee (not a bad thing). And while traditional, boozy Irish cream in your coffee remains one of the few socially acceptable ways to drink first thing in the morning, it’s nice to have an alcohol-free option.