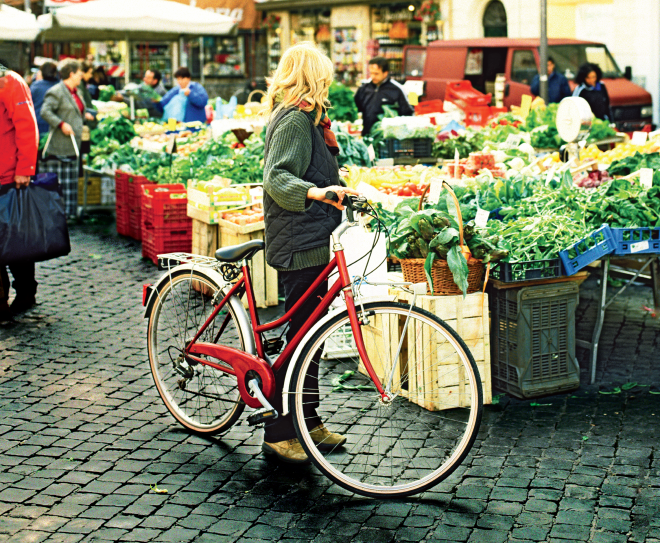 Montreal’s convenience stores are getting in on the grocery game, starting with the produce aisle. The iconic stores, known locally as dépanneurs or deps, have long been go-to stops for junk food, alcohol and other quick pickups. As of this month however, nine shops across four city districts are serving more than just chips and beer. Projet Dépanneur Fraîcheur, a small collective of local government and non-government groups, is helping Montreal deps stock shelves with fresh, affordable produce. The aim of the project is to help city dwellers located in urban “food deserts” access healthy food.

Although there are now more grocery stores than ever before (with most major chains often located outside city centers), “about 40 per cent of Montreal’s population doesn’t have access to fresh and affordable fruits and vegetables within walking distance,” says Dr. Louis Drouin, of Montreal’s public health authority in an interview with Radio Canada, adding that six out of 10 Montrealers don’t eat enough fruits and vegetables.

Urban food deserts are a major concern in many Canadian cities, and as a result, a revival of the classic corner store has recently been seen in places like Toronto and Vancouver, as well as many American cities. Oftentimes, these trendy micro-grocers set up in pedestrian-friendly neighbourhoods and recently gentrified areas, and they usually carry specific foods like organic, vegan and other niche items. The Montreal depanneur initiative, however, will bring basic, fresh, affordable produce to less-affluent areas.

Every corner store involved in the program, a total of nine across four city districts so far, has a white sticker on the door designating it a “Dépanneur Fraicheur” participant. And popular Montreal YouTube chef Bob le Chef recently created a whole meal with only food procured from a participating Dépanneur Fraicheur store. Talk about convenience.

More:
Pasture-raised pork: The next big thing at the meat counter
9 best-ever potato salad recipes
How to make the best-ever strawberry shortcake