Where Can I Buy Beyond Meat Products In Canada?

The ubiquitous faux meat company seems to be everywhere these days. Here’s where to find it from supermarkets to fast food joints. 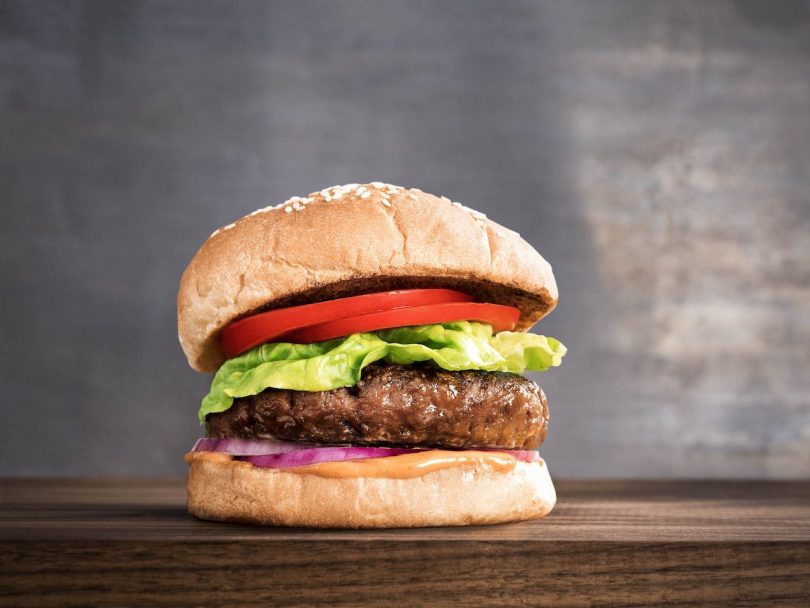 The Beyond Burger. Photo, Beyond Meat.

Plant-based proteins are undeniably having a moment. Not only have they been given a boost from Canada’s new food guide, which recommends more plant-based proteins over meat, but growing concerns about climate change and food sustainability have also pushed faux meat products into the spotlight.

Beyond Meat is the rock star of the faux meat world. The popular brand is now available at a variety of places in Canada. Demand has been so great, it’s resulted in stock shortages.

From supermarkets to fast food chains, here’s everywhere you can buy Beyond Meat products: 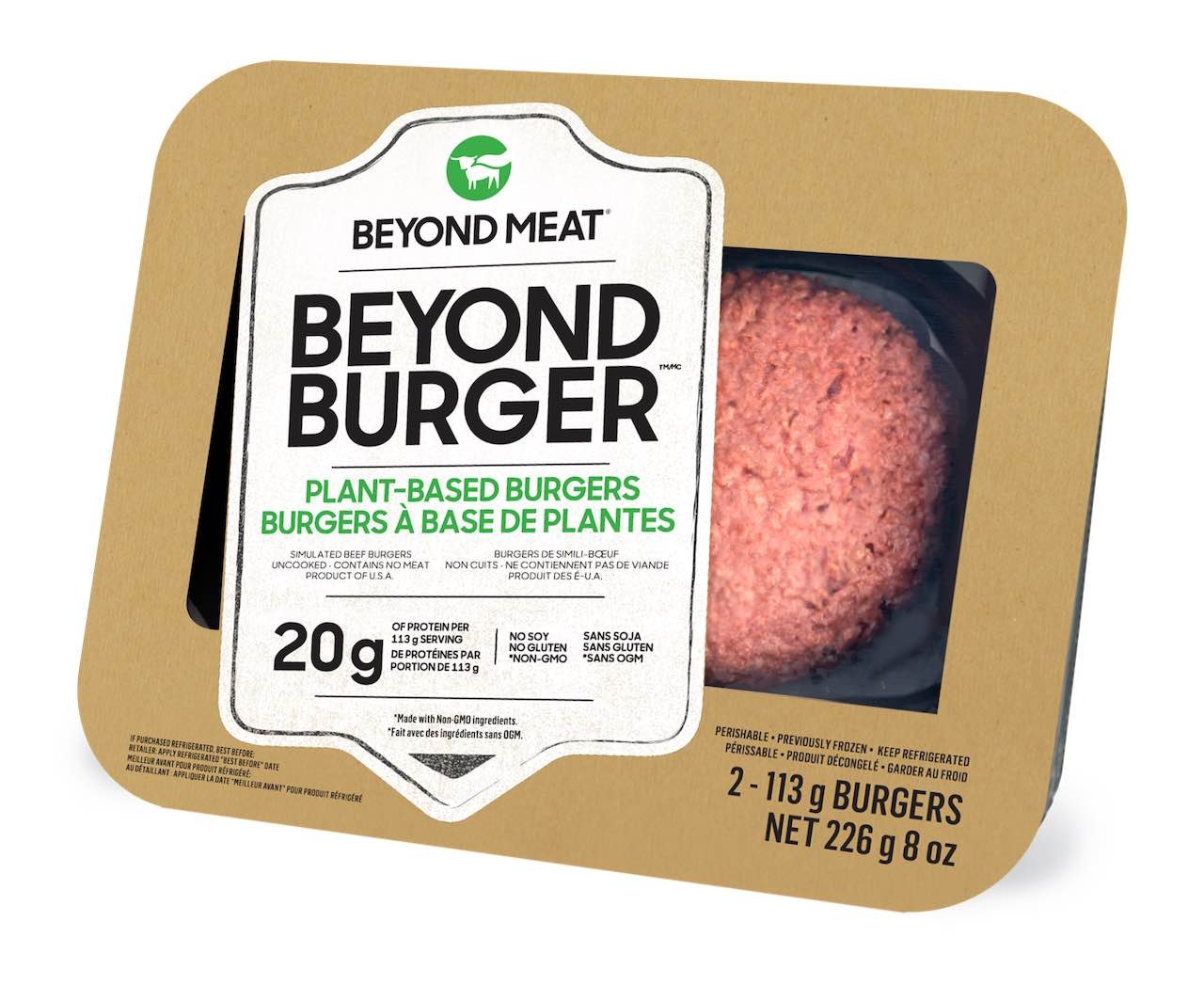 Beyond Burger, a simulated meat burger primarily made of pea protein, can be found in the meat section of most supermarkets. A box of 2 patties typically retails for $7.49 to $8 at:

A&W Canada
Last summer, A&W Canada was the first fast food chain in Canada to launch its own burger with a Beyond Burger patty ($7.90). A&W’s partnership with Beyond Meat made the plant-based company a household name, with their Beyond Burger completely selling out just weeks after its launch. Following the success of the burger, A&W and Beyond collaborated on two breakfast sausage sandwiches: the Beyond Meat Sausage and Egger, and The Beyond Meat Sausage and Veggie (prices vary depending on location).

Tim Hortons
The inescapable coffee chain has three breakfast offerings that feature a Beyond product: the Beyond Meat Sausage Egg and Cheese ($4.39), the Beyond Sausage Farmer’s Wrap ($5) and the Beyond Sausage Lettuce Tomato ($4). Timmies also sells two Beyond Burgers: a regular Beyond Burger with all the dressings and the BBQ Beyond Burger, which substitutes ketchup and mustard for barbecue sauce (both retail for $5.69 each). 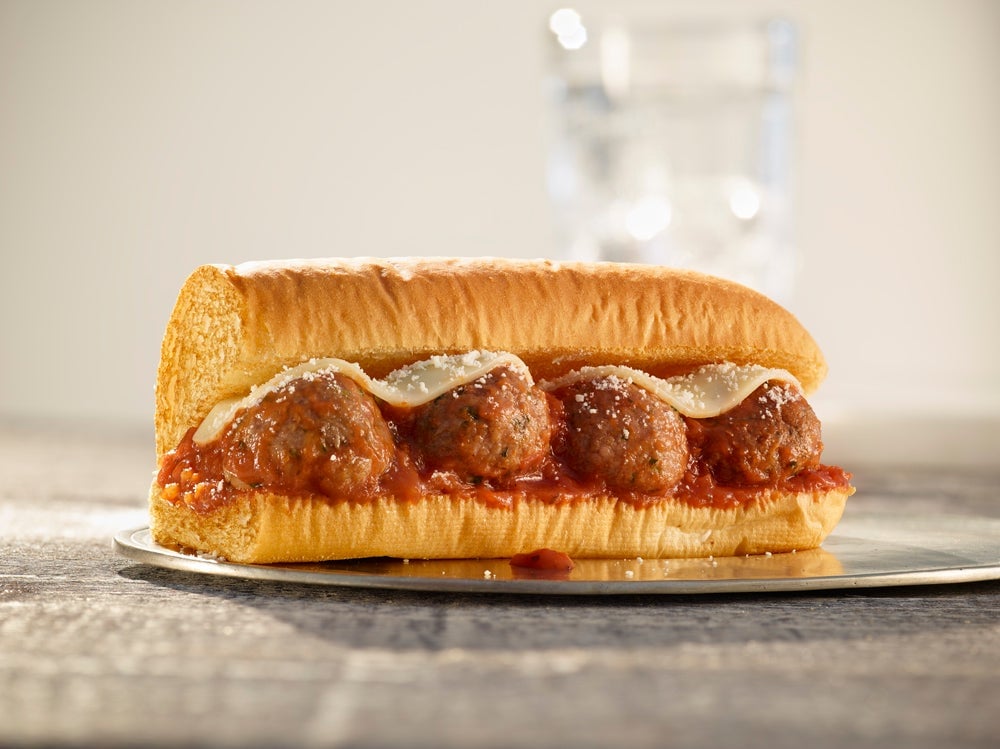 Subway
Subway’s newest sandwich offering is also their first plant-based “meat” option. The sandwich chain’s new Beyond Meatball Marinara sub is launching in Canada and the U.S. in September. The sandwich features a fake meat meatball that was developed exclusively for Subway.

White Spot/Triple O’s
In April of this year, the BC chain White Spot and its quick-service brand Triple O’s added the Avocado Beyond Burger ($17.49) to menus. Customers can also substitute any patty for a Beyond Burger for just $2.

Quesada
Quesada Burritos & Tacos launched Canada’s first Beyond Meat burrito in February of this year. The plant-based burrito meat, made from Beyond Meat’s Feisty Crumbles, can be combined with any of the chain’s topping options.

Mucho Burrito
Since June of this year, Mucho Burrito has been offering Beyond Meat crumbles as one of their protein choices, in a Power Protein bowl ($13.75) or burrito ($10.75). As well, customers who choose to build their own burrito or bowl can make their meal meat-free by picking the Beyond Meat crumbles as their protein in any of the chain’s burritos or burrito bowls.