From Rooftop Patios To Insta-Worthy Burger Joints, The Top Places To Eat And Drink In Ottawa 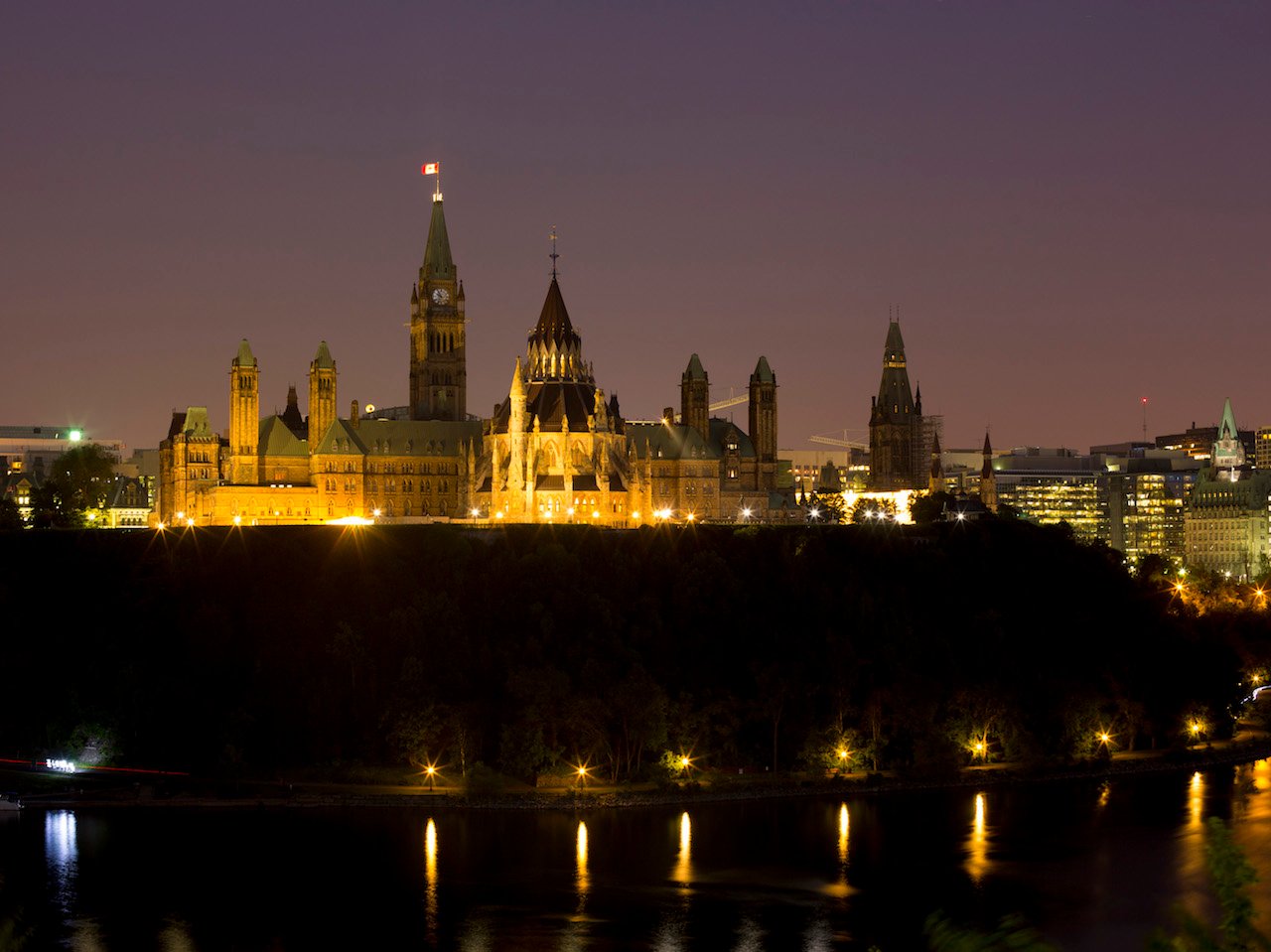 The dining scene in Ottawa has exploded over the past few years, moving way beyond BeaverTails and poutine (though you should still eat that too.)  To get the inside scoop on what’s hot now, we reached out to some of the city’s top food writers, bloggers and foodie Instagrammers — including Capital Dining’s Anne DesBrisay, Benji Finestone (@OttCityFoodies) and Nathalie Freynet and Shawn Katuwapitiya from Bytown Bites  — to share their favourite haunts. From decadent doughnut shops to bustling craft beer bars, here are their top picks:

Since Stofa will be closed for the Easter weekend, we'll be featuring our seafood towers today and tomorrow as a special. Stop by to get your seafood fix before your weekend filled with Easter ham and lamb. 🐚🐟🍷🔥 #seafoodtower #stofarestaurant #wellingtonwest #seafoofspecials

The owner’s describe this place as the “cool neighbour” of sister restaurant Town (another local hot spot).

Neighbourhood: Golden Triangle
What to order: Something from the veggie menu! Freynet and Katuwapitiya call Citizen’s Meatless Monday their favourite recurring vegetarian event in the city
The deets: Open Thursday through Monday from 6 p.m.

A husband-and-wife team are behind this beautifully-designed restaurant that also runs pasta making classes.

Neighbourhood: Wellington Village
What to order: Made-in-house pastas and something from the raw bar.
The deets: Pasta dishes are about $25. Takes reservations.

Atelier has been called one of the best restaurants in Canada and in 2018, chef Marc Lepine was named Canada’s most innovative chef.

Neighbourhood: Little Italy
What to order: The tasting menu, which changes regularly.
The deets: The tasting menu costs $125, not including booze. Atelier accepts reservations but note it charges 50% of the menu price per person if you cancel less than 48 before you’re slated to visit.

In 2017, enRoute magazine named Riviera, located in a converted bank, one of the top 10 restaurants in Canada. Head here for a special meal in a beautifully designed space.

Neighbourhood: Sparks Street (near Parliament Hill)
What to order: A cocktail and one of their classic dishes, which will be exquisitely prepared.
The deets: Mains start at around $30. If you don’t make a reservation, there are some first-come-first seats available at the bar

The best patios in Ottawa

If you’re looking for an excuse to join us on our rooftop this evening, it’s #NationalRoséDay 🌆 #WhenInAndaz 📷: @abhishekdekate

Way up on the 16th floor of the Andaz Hotel sits this upscale cocktail bar with panoramic views of the city.

Neighbourhood: ByWard Market
What to order: A classic or creative cocktail, like the Caesar, which has a ketchup chip rim.
The deets: There’s a snack menu with small bites, not full meals, so head here for pre-or-post dinner drinks. Takes reservations.

Tavern on the Hill

Located at the north end of Major’s Hill Park, this seasonal patio offers stunning views of Parliament Hill and the Ottawa River.

Neighbourhood: Major’s Hill Park
What to order: A Bridgehead fair-trade coffee or a cocktail, like the Old Fashioned Canadian (made with maple syrup).
The deets: The patio here is seasonal, so it’s only open in the warmer months. It closes in inclement weather.

Best restaurants for brunch in Ottawa

Fiddleheads, mushrooms, & challah make for a happy brunch plate. 30km bike ride to round off the morning makes for a happy soul. 🍄

“Chef Marysol Foucault makes brunch like nobody else,” says Anne DesBrisay. There might be only 11 seats at this restaurant, but it’s worth waiting in line for.

Neighbourhood: Gatineau
What to order: Anything! (But think eggy dishes and Dutch baby pancakes)
The deets: Expect a line. Brunch is served until 2 p.m. on the weekend.

The folks at Bytown Bites describe this basement pub as one of the coziest spots in the city. It’ll surprise you with creative dishes that go well beyond typical bar food.

Neighbourhood: Centretown
What to order: The Soho (eggs, beans, braised mushrooms, bacon and sausage served hashbrowns and toast) or for something sweet, try the banana bread French toast.
The deets: Most brunch dishes clock in at under $10. Does not take brunch reservations. Vegan options available.

With kitschy, 1970s-inspired decor and a creative menu, this not-so-greasy-spoon will quickly feel like home. Chesterfield’s doesn’t cook with grease, instead chefs rely on steam induction technology to crisp up typically deep-fried dishes, like chicken-and-waffles and schnitzel.

Neighbourhood: Wellington West
What to order: A breakfast board or Benny.
The deets: Open seven days a week. No reservations on weekends.

Neighbourhood: Centretown
What to order: Whatever flavour you fancy in a bubble cone. Our experts from Bytown Bites recommend visiting mid-week for Bubble Waffle Wednesday specials. Mok regularly changes up her flavours, so expect to be surprised when you visit!
The deets: Vegan options available. Open until 10 or 11 p.m. every night. Closed on Tuesdays.

Gelato chef Tammy Giuliani whips up a bevy of gelato and sorbet flavours at this award-winning, European-inspired cafe with two Ottawa-area locations.

Neighbourhood: Hintonberg and Old Ottawa South
What to order: Try an award-winning flavour like Rich Chocolate, Bourbon with a Truffle Swirl & Maple Candied Pecans or Dark Rum & Wild Cherry. For a refreshing sorbet, go for the strawberries and champagne, mojito or sangria options. Or grab a gelato cocktail! There’s also a full food menu if you don’t feel like ice cream.
The deets: Vegan options available. Open until 10 p.m. every night. The Bank Street location (Old Ottawa South) is closed on Mondays.

Find fresh-from-the-fryer Finnish-style munkki doughnuts in an array of flavours at this bakery, known for its bright yellow exterior.

Neighbourhood: Hintonburg
What to order: Whatever doughnut calls your name, but according to Bytown Bites, Maple Bacon and Blue Vanilla Froot Loops are the “must-try flavours.”
The deets: Expect a line! Open seven days a week.

The best coffee in Ottawa

Since 1998, this local company has been roasting organic, Fair Trade beans sourced from coffee-growing regions around the world. Bytown Bites says the Westboro location is great for people-watching.

Neighbourhood: Westboro Village and the National Arts Centre
What to order: Espresso and made-in-house pastries. The affogatto is a summertime treat!
The deets: Both locations are open early seven days a week for your morning cuppa.

This small-batch coffee roaster has three cafes in Ottawa.

Neighbourhoods: Little Italy, Sandy Hill and Golden Triangle
What to order: Cortados, drip coffee and the Dirty Chai Latte (chai with a double shot of espresso) are three of the most popular menu items.
The deets: The Little Italy location is also Happy Goat’s roastery. There are pastries on site at its Sandy Hill outpost. Opens early.

Get a taste of craft beer from Ontario and Quebec at this elevated gastropub with 20 different brews on tap and a menu by chef Jeff Bradfield.

Neighbourhood: Wellington West
What to order: Beer, including suds from local breweries like Dominion City, Tooth and Nail and Small Pony Barrel Works.
The deets: Cocktails, wine and cider are available for non-beer drinkers. Accepts reservations. Mains are $18-$26.

Head straight to the source for locally brewed craft beer in Ottawa. This brewery has a taproom and bottle shop on site. Bytown Bites says the Sunsplit IPA is a local summertime fave.

Neighbourhood: Beacon Hill
What to order: The Earl Grey Marmalade Saison sounds perfect for tea-time.
The deets: The indoor patio is open daily from 11 a.m. to 9 p.m. You can tour the brewery for $15, which includes a tasting flight.

Craft beer and good food meet at this brewery and restaurant in a restored garage, which dates back to 1927.

Neighbourhood: Centretown
What to order: This brewery doesn’t stick to a single beer style, but it’s particularly known for its IPAs.
The deets: Food (think snacky bites) is $7-$18 per plate. No reservations.

Where to eat near ByWard Market

Find authentic Mexican food at this spot in the ByWard Market building.

Neighbourhood: ByWard Market
What to order: Tacos with made-in-house hot sauce.
The deets: A grab-and-go spot with some seating on site. Closes at 6 p.m. most nights and at 7:30 p.m. on Thursdays and Fridays.

Dine on classic bistro fair at this 30-seat restaurant tucked behind the French Baker bakery.

Neighbourhood: ByWard Market
What to order: Bytown Bites claims Benny’s makes the best French toast in town. The confit albacore tuna is an elevated pick.
The deets: Accepts reservations on weekdays for breakfast and lunch. Brunch available on the weekend. Open only until 2:30 p.m.

Neighbourhood: ByWard Market
What to order: Burgers and fries, duh! For something extra-special, find the secret menu online.
The deets: Vegetarian and some vegan options available. Check out BFF’s Instagram for limited-time specials (like a dill sauce-slathered burger for June).