While some parts of Canada have more options than others, every province has at least a few upstart viticulture enterprises. 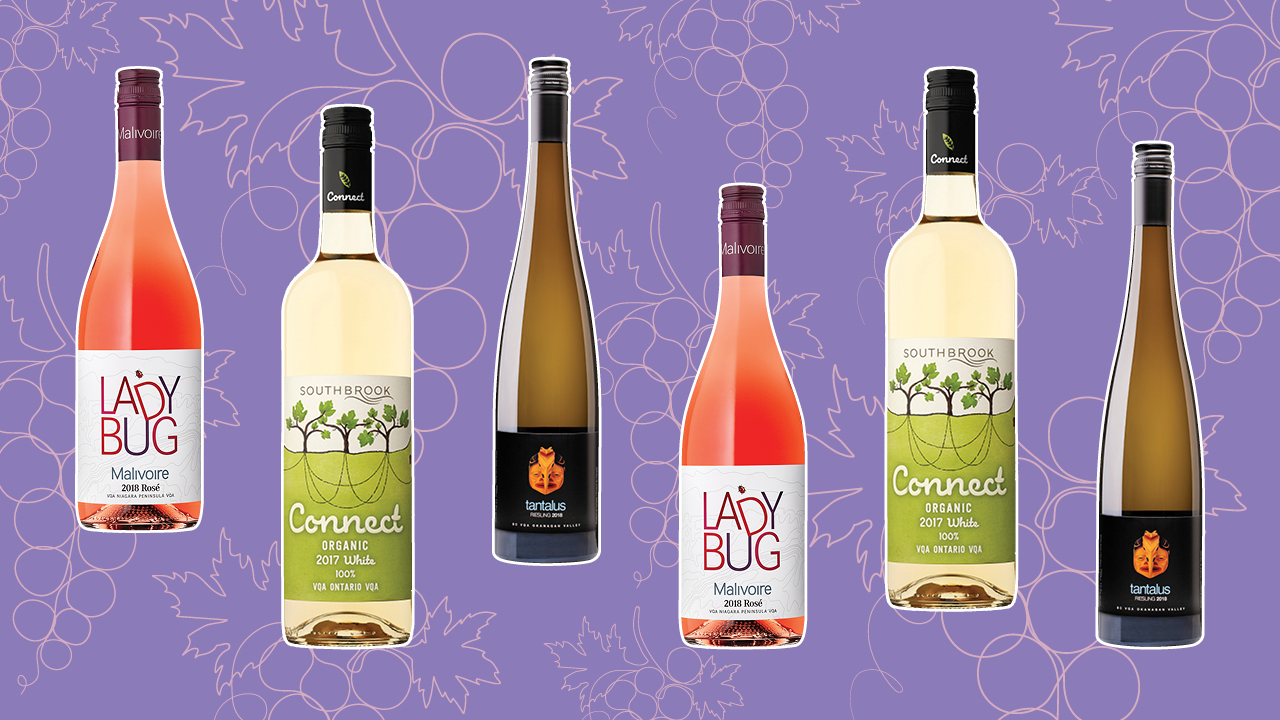 Even the most mindful of eaters can undo their good work by washing their organic, plant-based meal down with what renowned Montreal sommelier Vanya Filipovic once called the “wine equivalent of Kraft Singles.”

Wine shouldn’t be an afterthought when making healthier choices for ourselves and the planet, especially since it’s easy to apply the same principles of low-impact food when shopping for drinks. The simplest? Whenever possible, pick local.

While some parts of Canada have more options than others, every province in the country has at least a few upstart viticulture enterprises. Even if you can’t get your hands on a bottle of relatively rare Newfoundland Pinot Noir, a Nova Scotia option still bears a lighter carbon load than, say, a New Zealand import.

Sourcing close to home also helps to separate the wineries that live and breathe sustainable practices from those that just use this notoriously loose term for marketing. Take a drive by Southbrook Vineyards in Niagara, for example, and you’ll see sheep wandering around the vines—an important part of the winery’s mixed-use farming, which simultaneously enriches the soil and offsets emissions by trapping carbon in the earth.

Many Canadian wineries are taking the lead on greener drinking. Here are a few well-priced, widely available choices that we picked to match the plant-based dishes that Jillian Harris and Tori Wesszer cooked for our March/April issue. But along with being vegan and eco-friendly, they’re also delicious all on their own.

France doesn’t have a monopoly on pink wine. Canada’s cool climate is ideal for producing grapes that make great blush, such as the pinot noir, cabernet franc and gamay used in the vegan-friendly Malivoire Ladybug Rosé. (In this case, vegan means a winery doesn’t use animal products, such as egg whites, when processing wine.) Ladybug’s lively acidity is a perfect foil for a rich panzanella.
PAIRING: Tomato Fennel Panzanella

Coconut and banana’s bold flavours are tough enough to find matches for individually, let alone together. But since riesling famously complements tropical flavours and rich desserts, we tried this vegan-friendly, off-dry offering from Tantalus, an elegant and delicious white with a hint of honey and fruit. With its biodiversity, zero-pesticide and beekeeping initiatives, this Okanagan vineyard is a shining example of progressive winemaking. On top of it all, their output is consistently outstanding.
PAIRING: Banana Coconut Cream Pie

Asparagus’ earthy bitterness makes it a natural enemy of the sweet-ish vanilla and oaky flavours found in a lot of aged wines. Lower-intervention wines with a touch of natural sugar, such as Southbrook’s bright, juicy (and vegan!) Southbrook Connect Organic White, get along fabulously with this orecchiette’s complex vegetal flavours.
PAIRING: Spring Orecchiette