North American-Style Soy Milk Pales In Comparison To The Original. Here’s Why

Soy milk from China is a thick, warm soup-like treat—and nothing like the version we’re familiar with in Canada. 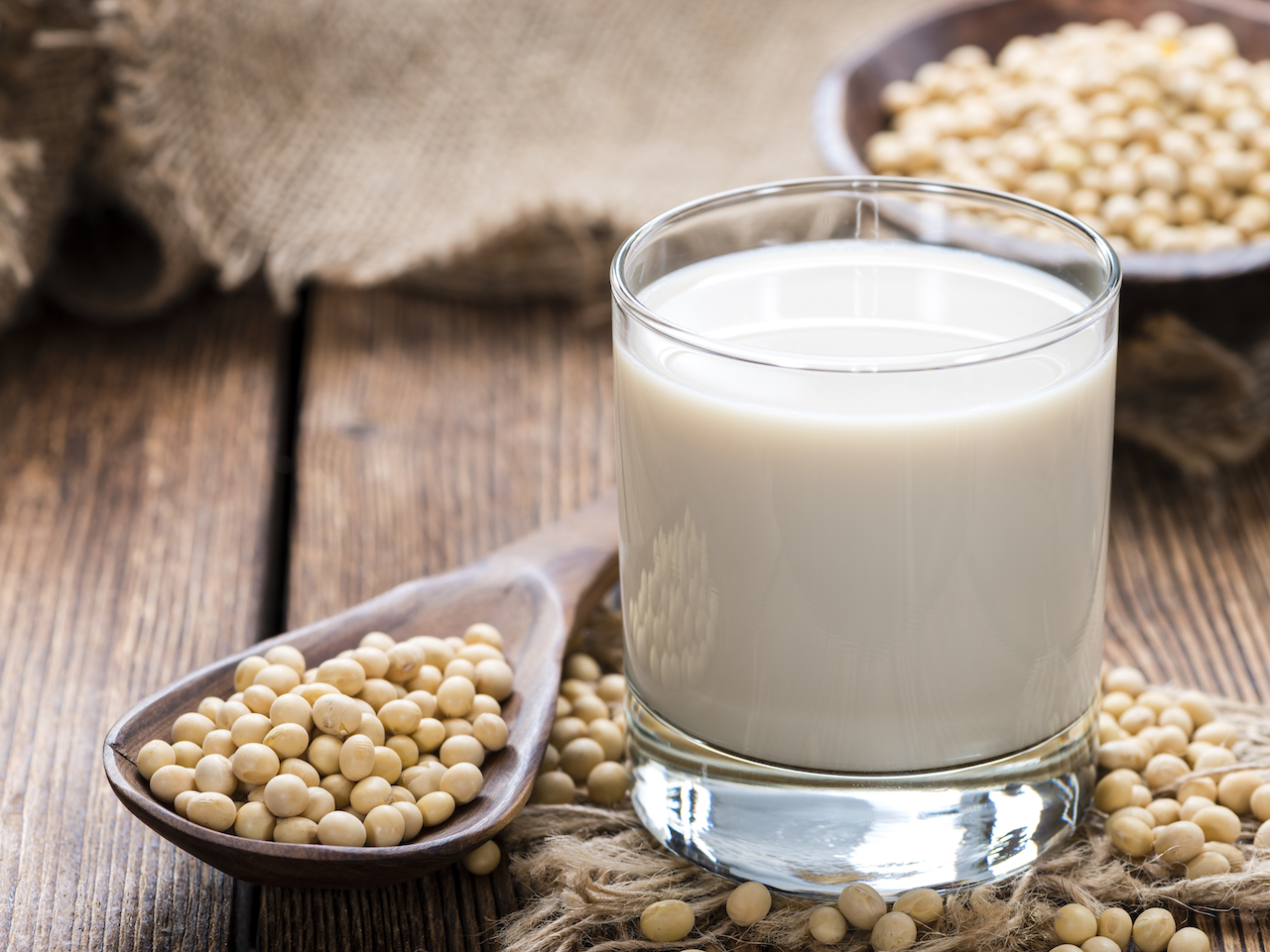 The first time I had North American soy milk, I thought it had gone bad.

Growing up in a Chinese household in a predominantly East Asian part of Scarborough, I was lucky to live close to some really great Chinese restaurants and supermarkets. We always had soy milk in the house for breakfast: There were a few spots around my childhood home that made their soy milk, or “dou jiang” in Cantonese, fresh, and I relished the creamy, warm and distinct flavour. My favourite way to start the day was with a batch of greasy you ja gwai (which literally translates to “oil fried devil,” but is just fried dough sticks) dipped in a steaming bowl of soy milk.

So, when I was about 8, and my mom accidentally bought “the wrong kind of soy milk” at the grocery store, I wasn’t sure what to expect. Sure enough, the North American soy milk she bought was thin as water and devoid of dou jiang’s comforting bean-y flavour. At first, I was sure it was just watered down cow’s milk, or maybe even expired skim milk. But upon further inspection of the offending milk carton, I found that this was, indeed, “soy milk.”

Chinese soy milk has a distinct taste: It’s reminiscent of tofu, can be a little grainy, is thick like cream and is usually served warm. You can add different toppings like black vinegar, sesame oil or preserved veggies and enjoy it more like a savoury soup. My favourite is black-sesame flavoured dou jiang, which is delicately nutty and sweet thanks to the addition of sesame.

Dou jiang is an intermediate product of tofu and it’s required for tofu production. To make tofu, dried soybeans are soaked overnight, crushed and then boiled. This boiled mixture is then separated into the solid pulp (which is called okara and can also be eaten) and soy milk, which is mixed with coagulants like calcium, magnesium chlorides and sulfates to separate the curds from the whey. Tofu is made from the remaining curd, with the liquid whey strained to create the jiggly solid we know and love (tofu firmness is dictated by how much liquid is pressed out).

The process of making dou jiang explains its signature mellow and bean-y flavour, but western soy milk is made a little differently. It’s unclear exactly when soy milk started being manufactured in this part of the world, but in the 1920s, interest in soy milk and its production grew. The drink became widely available in the U.S. in the 1930s, though the bean-y flavour wasn’t as beloved on this side of the Pacific. From 1960 to 1981, researchers at Cornell University and the University of Illinois discovered the source of soy milk’s bean-y flavour—an enzyme called lipoxygenase—and in 1967, the same group of researchers discovered that grinding soaked beans with boiling water and not letting the mixture drop below 80 degrees C would mean that lipoxygenase would stay unactivated, eliminating the bean-y goodness. American corporations also discovered that adding calcium carbonate would help preserve soy milk and make it shelf stable, which likely added to the relative tastelessness of North American soy milk.

In terms of health benefits, while western soy milk is generally lacking in the flavour department, it has more or less the same nutritional value as dou jiang. Most of its healthful impact comes from soy’s outstanding nutritional profile. “The benefit of soy [among plant-based milks] is that it has the amino acids that are essential to humans, it’s the same complete protein as [cow’s] milk,” says Amy Yiu, a registered dietitian, nutrition counselor and the founder and president of Libra Nutrition in Vancouver. “Some beans, their protein is not as good as animal protein, but soy provides a complete protein that’s easy for our bodies to absorb—it’s why they call it a high quality protein and it’s similar to those we find in meat, milk and eggs. It’s why we use it as a meat alternative.”

Dou jiang, even the kind that can be bought at grocery stores, also has very few extra ingredients. For example, the Sunrise brand soy milk, which is a Canadian tofu and soy milk product that can be found in many Canadian grocery stores and one that I grew up drinking, only contains water, soybeans and sodium bicarbonate. Western-style soy milk, on the other hand, “has a lot of added ingredients and nutrients,” says Yiu. “For example, vitamins and minerals and calcium, which is the big thing that’s added.” And, if you’re looking to maximize the health benefits of soy milk, Yiu suggests adding some vitamin C to the mix as it helps our bodies absorb the iron from the soy more effectively. “If you’re drinking soy milk, have an orange. Or, if you’re cooking tofu, add some peppers to your stir-fry,” she says.

I do buy western-style soy milk to add to my coffee and tea—it’s a great source of protein and works well in the cold brews I like to start my day with. Dou jiang, meanwhile, doesn’t really work in coffee, and its thick consistency means it’s way better on its own, used like a dipping sauce for fried dough or as the centrepiece of a dish, like this delicious stir fried loofah gourd in soy milk (trust me).

I drink a lot less dou jiang nowadays. It’s a little harder to find in my part of Toronto, and my busy schedule means that I don’t have the time to carefully dip my oil fried devils in warmed up bowls of soy milk anymore. But whenever I get the chance—whether it’s at a restaurant in Chinatown that serves soy milk alongside other breakfast options or back at my parents’ house, where they warm up black sesame dou jiang to drink with their buttered toast—a steaming cup of this familiar treat remains an ultimate comfort food.