From Ottawa To Berlin, My Mom's Curry Always Brings Me Home

Food was our cultural sustenance, our tie to the homeland. 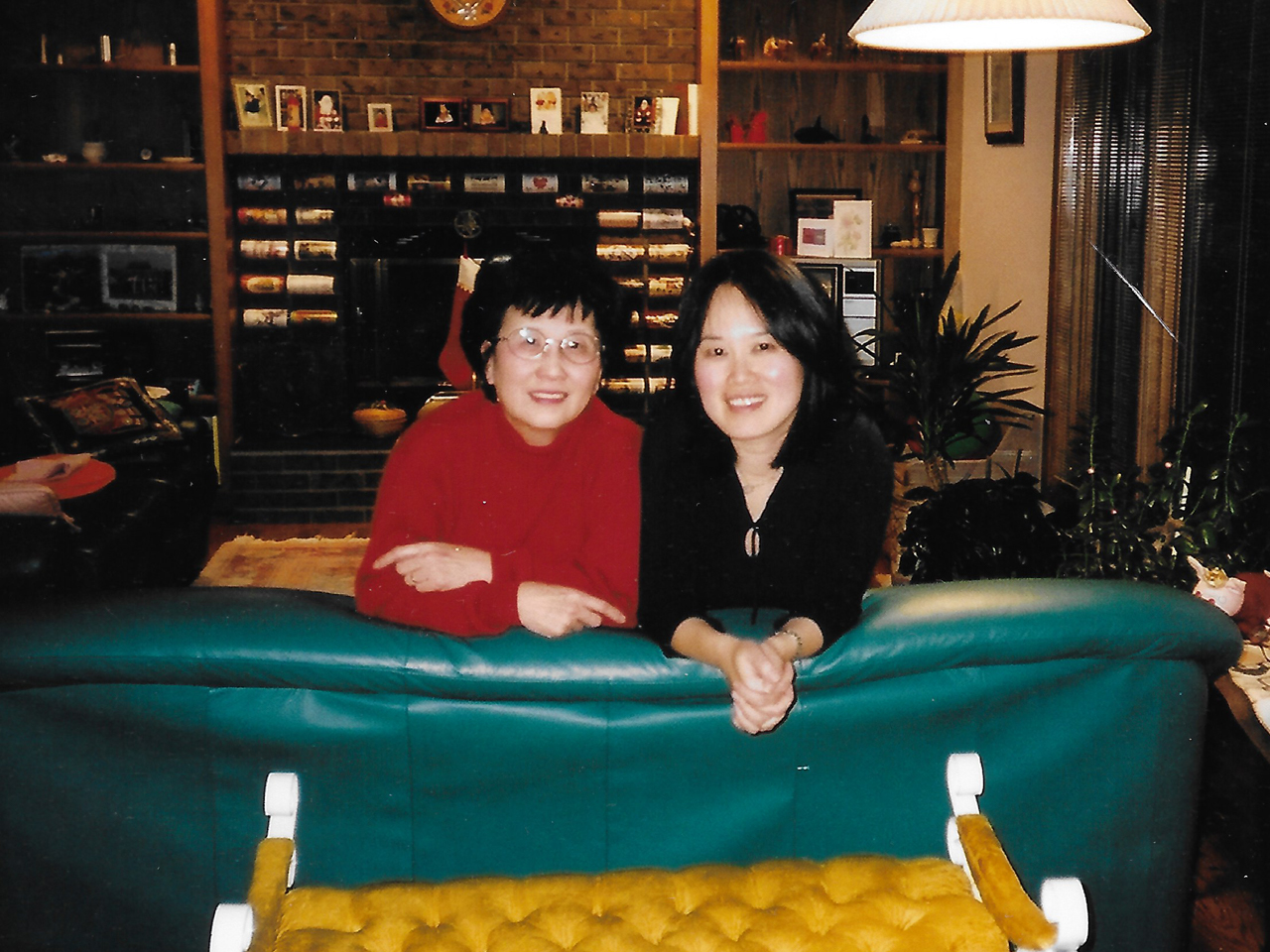 I live half a world away from my parents. When I eat, I think of them. As I’m tucking into my dinner in Berlin, my parents are preparing their lunch in Calgary. The forced separation due to COVID-19 is a bit reminiscent of living away from home when I moved to Ottawa for university in the early 1990s. Home was a five-hour plane ride away and we didn’t have computers and video calls back in the day. Cross-country calling was expensive. I might as well have been in Berlin.

What I recall most during that time were the care packages I used to get from my mom: small square boxes filled with fragrant coffee, her divine pineapple tarts and, sometimes, a small packet of curry powder.

The only curry my mom would buy was from Mrs. Brody, back in Malaysia, which made it extra special growing up. Mrs. Brody, a Chinese woman who’d married an Englishman, was an alchemist of sorts, able to concoct wondrous fusions of spices. When we lived in Malaysia, my mother would make regular visits to her cabin—a light green wooden hut appended onto the back of her kitchen—lined with rows of seasoning and spices packed tightly in jars and tins. Her back room was the equivalent of a candy store for me. I would stand there and inhale ginger, anise, cumin, turmeric, garlic powder, and I’d imagine the culinary possibilities.

When we moved to Canada in 1976, mom brought along her beloved cast-iron wok, her blue vinyl-covered recipe book and an extra large packet of Mrs. Brody’s curry. Food was our cultural sustenance, our tie to the homeland. Anyone who visited us from Malaysia was required to bring a package of Mrs. Brody’s blend. Mom would calculate how many curry dishes we could get from each packet, saving them for special occasions when she’d make chicken curry—a slightly sweet mélange of turmeric, cumin, ginger and Mrs. Brody’s mystery spices. What I can recall so many years later is the colour: a deep, muddy yellow and orange-red.

In our new country, my mom would take out the blue vinyl recipe book brimming with cutouts and hand-written recipes and whip up Malaysian specialties like the noodle-soup laksa, pandan chiffon cake and delicate and crispy kueh pie-tee shells filled with bamboo and crab. She’d always used the reliable wok from Malaysia, now burnished with a multitude of spices and oils. Then, there was the curry. 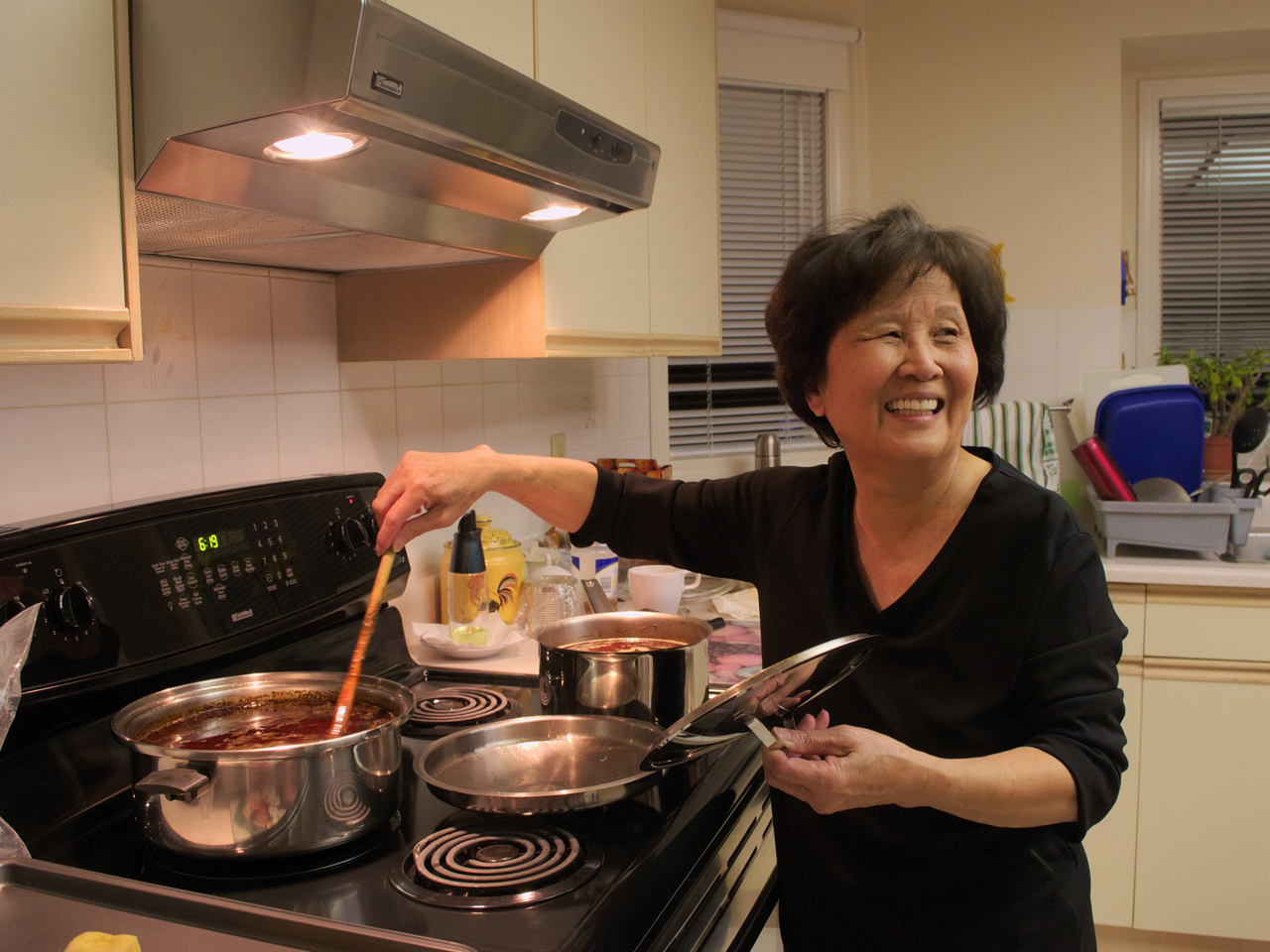 Curry was first introduced to the Western world by the Portuguese, who landed on the shores of what’s now known as Kerala, India during the 15th century in search of spices. They didn’t have a word for the coconut-style stews they encountered so they created a word, carel, which was taken from the Tamil word kari, though its meaning has two interpretations. One is “to season” or “to blacken,” and the other is “to bite”—though both pertain to food. As the British East India Company used military might to monopolize the trade in silk, cotton, tea, opium and spices, forcing other European countries out, the British took control of India in 1858. The English and their Anglicisms transformed carel into curry.

Dishes with varying spices such as ginger, cumin, turmeric—essentially anything deemed Indian—became a trend, and by the mid-nineteenth-century, all kinds of curry mixes produced by British companies were being sold. The concept of curry originally aimed to make something ‘exotic’ appetizing to the British palate. In Malaysia, also a British colony, curry’s provenance was tinged with other influences due to migration patterns that included people from India and China. For me, Malaysian curry is less sharp and more sweet, likely due to the addition of certain spices like cardamom or cinnamon.

Admittedly, I viewed Malaysian food dismissively in my teens. Sometimes I would secretly curse the sharp, aromatic smells emanating from our house, saturating our clothes with its pungent aura. It was othering, it marked us as different.

“Oh please, don’t cook that! We’ll smell for days,” my two sisters and I would plead with my mother whenever she’d stir fry vegetables with belachan—a savoury-salty shrimp paste with a smell that assaults the senses but also makes veggies taste incredible. That was the scent of home: the tang of belachan and, of course, Mrs. Brody’s curry.

My tastes diverged after I moved for university and I found myself sidling away from Asian food. I began to understand the simplicity of other cuisines: the fresh basil, juicy tomatoes, sprinkles of garlic and supreme virgin olive oil of Italian food, or the hearty combo of potato salad and schnitzel. What started off as foreign merged into familiarity once I was willing to open myself up to new flavours. Once in a while, I hungered for those piquant smells and tastes similar to the ones I ran from in my youth, occasionally nipping into Chinatowns across various Canadian cities for dim sum, fried noodles and a filling bowl of Pho.

Around the early 2000s, I began reading more from Canadian and American-Asian writers like Amy Tan, Maxine Hong Kingston, Fred Wah, Wayson Choy and Judy Fong Bates. It’s through Choy and Fong Bates (China Dog and Other Tales from a Chinese Laundry is especially evocative for me) I learned more about the early Chinese migrant workers in Canada—the need to stay together, the loneliness and sometimes violent racism they faced. Chinatowns arose in North America in the late nineteenth century as more Chinese labourers arrived, often working on building railroads or toiling in mines. Eventually, that work gave way to labouring in farms and domestic work. As a result, Chinese enclaves sprouted with restaurants, laundry services and rooming houses. Chinatowns were a way of living with their compatriots, a support network away from racist abuse and harassment. The stories I read made me weep for their struggles, but it also made me proud to be who I am. As I got older, I realized this was also my history, a lineage that is strong and fantastic—including the food. Just like the story of migration in Canada, the dishes and flavours continue to evolve and change.

One time, in my 30s, as I was visiting my parents for Christmas, mom took out a package of curry paste from a box. I couldn’t believe it! What happened to Mrs. Brody’s curry?

“Mrs. Brody died,” my mom told me. “None of her kids bothered to learn her recipes, so her special curry mix died with her. Don’t worry, I found this great packet of Malay curry in Chinatown.” She wasn’t wrong—it did taste good. And as time passed, I eventually forgot the taste of Mrs. Brody’s magical blend.

As we were talking about laksa and the numerous recipes in her 40-year-old cookbook, mom revealed that one person possessed the secrets of Mrs. Brody’s curry recipe. Apparently, she’d passed it down to a girl who used to help her. Since Mrs. Brody’s death, no one has been able to find that girl. I live in hope that the woman will reappear to open up a spice shop.

For now, that curry exists in memory alone. It’s how I savour and recall the places and people I haven’t seen in a while. Even with video calls these days, I find myself longing to see my parents in person. Since moving to Germany in 2015, I’ve only been back to Alberta twice. It will be the first place I go once it’s safer to travel. I’m hungry for the tasty tidbits my mom used to send—but more than that, I’m hungry for home.