Not overly sweet, this indulgent showstopper of a dessert celebrates coconut in all its glory. (Plus it's easy to make-ahead.) 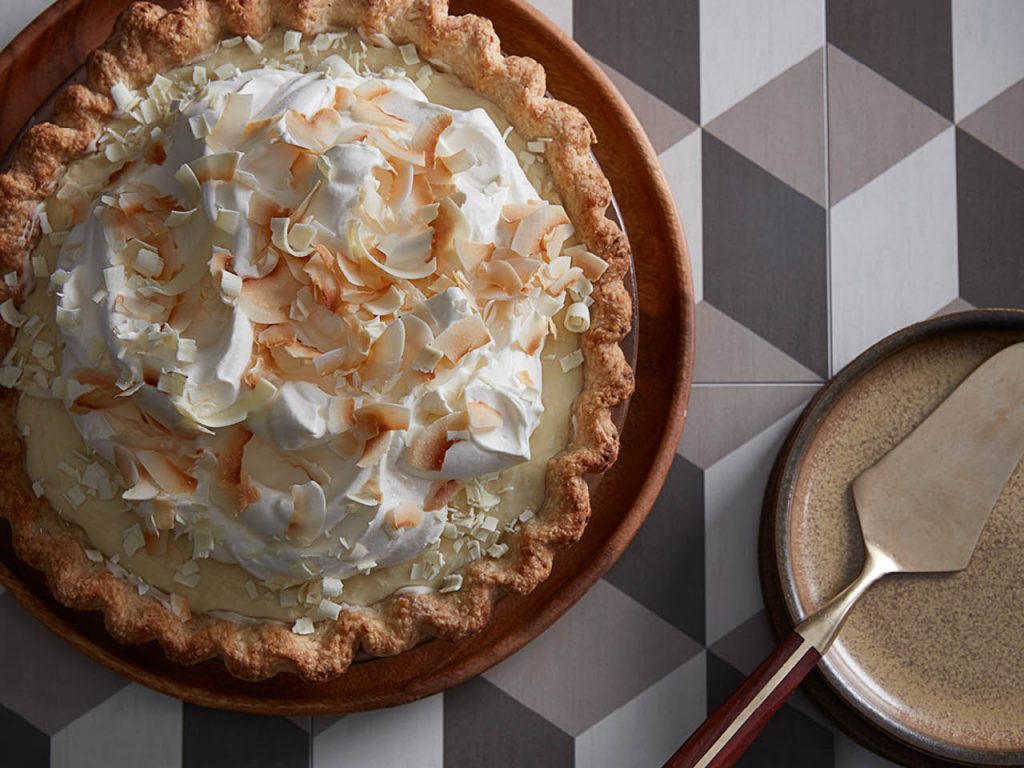 When the Chatelaine Kitchen decided to develop the ultimate coconut cream pie, the goal was to jam-pack it with as much coconut flavour as possible — with no coconut extract in sight. The result is lots of sweet, delicate coconut flavour, and no tropical sunscreen-y taste. Layer upon layer of natural coconut have been built into every step of this pie, from crust to filling.

So, what’s our secret for the best coconut cream pie? We had a few tricks up our sleeve:

Perfection starts with the crust, where sweetened shredded coconut is pulsed until fine and mixed into the pastry. As the pie shell is blind baked, the coconut gets toasty and crispy, creating the first layer of coconut dimension.

The second layer, the filling, is made with coconut milk*. Our custard, though creamy and rich, isn’t cloyingly sweet, but perfectly balanced, allowing the coconut to effortlessly shine through. The shredded coconut in the filling softens and plumps up as the custard cooks, which adds a satisfying toothsome quality, contrasting the crisp, sturdy pastry and the smooth, pillowy whipped cream.

*Kitchen Note: Check the can’s ingredients list to avoid gums and stabilizers for the purest quality possible. We find Asian brands like Aroy-D are the best.

Flaky shards of lightly toasted coconut create a feathery flourish to top it all off.

Inspired by a renowned dessert at the Toronto restaurant, Scaramouche, our coconut cream pie incorporates white chocolate. A fine layer of melted white chocolate gets brushed on the inside of the baked crust. This not only adds that subtle ‘je ne sais quoi’, but it also forms a barrier that prevents the custard from making the crust soggy. This means the pie can sit, refrigerated, for up to a day, making it a perfect make-ahead dessert option. Plus, the big fluffy curls of white chocolate on top give it an irresistible ‘WOW’-factor.

We wanted this recipe to be easy and approachable for the home cook. The methods aren’t overly complicated, there aren’t a million ingredients and you don’t need to buy four different types of coconut. (It can also be adapted for those who are gluten intolerant.) The crust and custard can be prepared in advance, then topped with whipped cream, coconut and white chocolate just before serving. 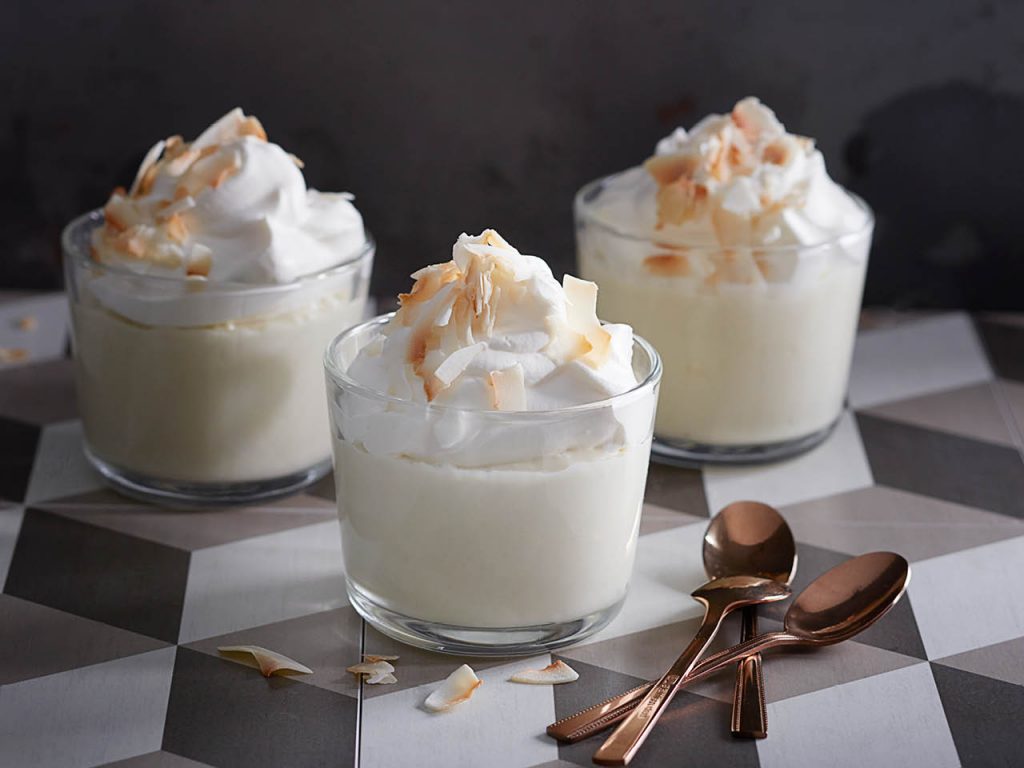 This dessert sets out to impress, and it doesn’t disappoint. Save this recipe, because it’s one your family and friends will beg you to make again and again.

Watch: How to make grilled pineapple