The Only Butter Tart Recipe You’ll Ever Need

We tested dozens of variations until we came up with the perfect butter tart recipe. (Bake it over the holidays and see what we're talking about.)

One of the ultimate Canadian desserts, the butter tart is a mash-up of pecan pie and sugar pie in a small tart form. But with so many variations around, what’s the mark of a superior butter tart? Through extensive testing (and tasting), we decided that there are five characteristics that make this the best butter tart recipe, ever:

Ours is a combination of lard for flakiness, and butter for flavour.

We bake it on the bottom rack on high at 450F for 8 minutes, then reduce to 400F until golden to ensure the crust is baked—not pasty and raw.

The flavour is a balance of sweetness with a buttery finish. How did we get it? By using light brown sugar; dark brown sugar overwhelms the balance and the maple syrup doesn’t shine. Plus, the right amount of vinegar offsets the sweetness without tasting sour. (We tried without vinegar and it wasn’t balanced.)

It shouldn’t be too runny, but not solid either—you want a loosely set centre, without making a mess when you take a bite. The two baking temperatures used in this recipe address that conundrum beautifully.

How quickly they disappear from the cooling rack

That’s the real test, after all. (We also developed three alternate fillings to go with this classic butter tart recipe, and every single one vanished in record time!) 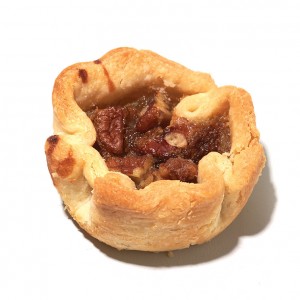 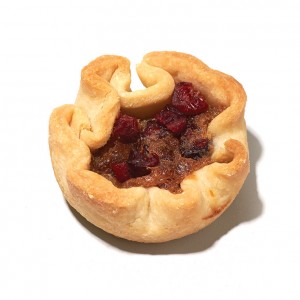 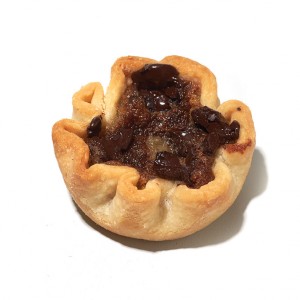