In 2016, the Canadian author and journalism professor and her 22-year-old son set off to learn about "home cooking" in the Wong's favourite "foodie" countries. She spoke to Chatelaine about her discoveries. 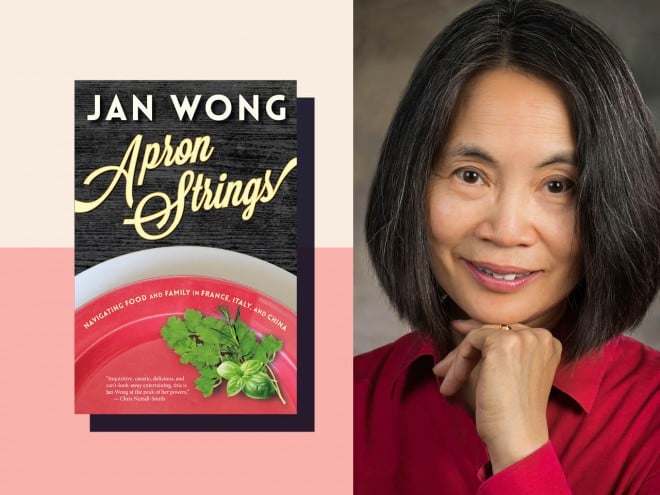 During the first few months of 2016, author, journalism professor and former Globe and Mail writer Jan Wong was living a gastronome’s dream, travelling and eating her way through France, Italy and China — what she calls her favourite foodie countries. She went with her 22-year-old son Sam, a recent university graduate and aspiring chef, hoping to learn the tricks, techniques and rustic dishes of the “home cooks” they stayed with during their travels.

In the small southeastern French town of Allex, Wong and her son roomed with a family sheltering undocumented immigrants from Georgia, learning traditional fare from the family’s housekeeper. In northwest Italy’s Piedmont region, they learned spaghetti alle vongole and risotto al porro from the interconnected inhabitants in the small village of Repergo. In China, a country where Wong spent many years as a student and then reporter, they stayed in Shanghai, learning to make scallion pancakes and firecracker chicken from ill-treated migrant maids.

Wong captured the experience in her new book, Apron Strings, part travelogue, part cookbook, part commentary on the cultures she was immersed in for three months. She sat down with us to share a few of those tricks she picked up and what she discovered about the philosophy of eating in the countries she visited. 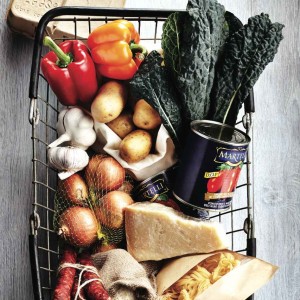 How To Max Out The Shelf Life Of Fruit And Vegetables

What most surprised you about mealtime in each country?

I couldn’t believe how uniform dinner hour was in France and Italy. At 8 p.m., everything stops and everyone eats. It’s sacrosanct. And it made me think, wouldn’t it be great if we could do that too — if parents didn’t have to microwave something frozen or go out for fast food in between shuffling their kids to soccer practice. China, on the other hand, was very chaotic, because the whole country is in economic upheaval. In the families I stayed with, the husbands were always out, busy with work, and there was such an obsession with the West — with things like chips, white bread and Starbucks.

In France, you learned to preserve an opened can of tomato paste with a thin layer of olive oil; in Italy you found that soaking clams in salt water cleaned them well enough to avoid scrubbing. What other good tips did you get from these home cooks?
Everywhere I cooked, kitchen space was at a premium. The Italians taught me a trick with plastic wrap: You just throw out the box, which is usually flimsy with a crappy cutter, and use your thumb to punch a hole. That way, you can always see how much is left [on the roll] and it saves you room. I also learned a trick if you’re using parchment paper to line a round baking tin. Usually, you’re told to cut it in a circle, but Mirella, the owner of a winery in Piedmont, cut her parchment in a square, wet it a little under the tap, put it in the pan, then poured the batter over it and smashed the pan on the table to make it settle. Once everything’s cooked and you’re pulling it out of the oven, it’s really easy to use the corners to lift the cake out – you don’t need to cut anything and it’s very clean. 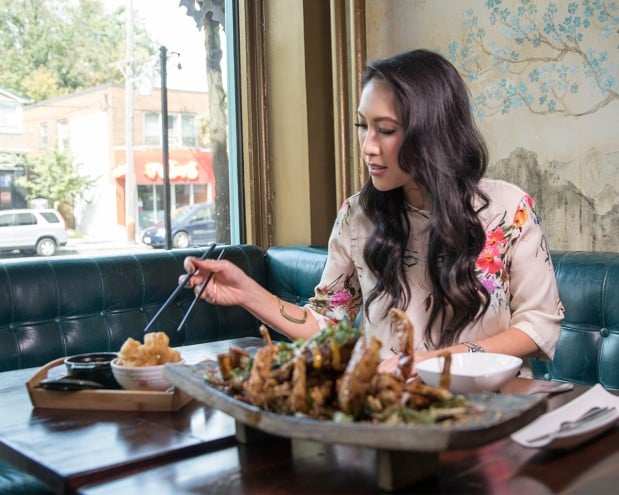 A Tour Of Where Top Chef Canada’s Mijune Pak Eats, Drinks And Shops In Toronto

Who takes food most seriously?

The Italians, definitely. They really care about the provenance of their food, and not necessarily for environmental reasons — it’s all about tradition. Everything we were eating and much of what we cooked with was either made by a family member or by some neighbour up the road. There’s also real beauty in cucina povera (peasant cooking), which comes from a place of scarcity. It’s not fussy food, but they’ve come up with the most delicious recipes based on nothing.

Besides the ability to spend time with him, what was the best part of having Sam there with you?
He was great about picking up the logic of the recipes — for example, telling me that sofrito in Italy was similar to mirepoix in France. But he was also my goodwill ambassador and in France and Italy, where the people we were staying with were happy that a young man was interested in cooking, because the younger generation is not cooking and the recipes are not being transmitted.

There’s an anecdote in the book about the French maid Bernadette using what you describe as a “crappy” dinner fork for cooking, that she doesn’t even have tongs. What did you learn from this?
It taught me that you don’t need a lot to cook. It Italy it was the same thing. We were learning from working-class people in very small kitchens with very few gadgets. Really, if you want to cook, you don’t need to spend $300 on a pot, you can cook with any type of stove, it’s not that hard. It was no-nonsense, and that was comforting. 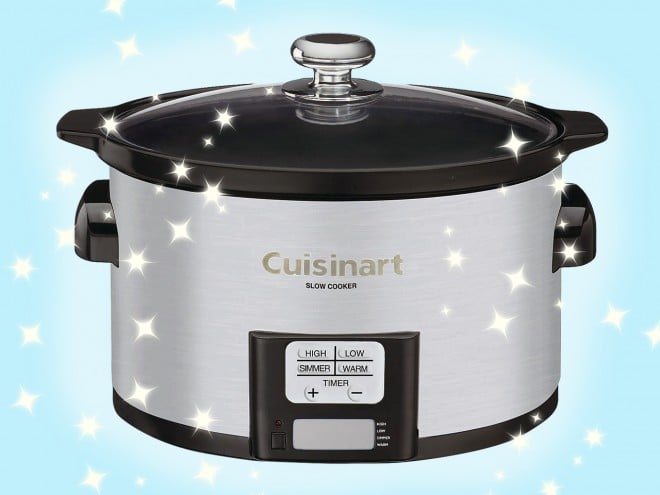 What was the best meal you had in each country?

In France, it was the tagine chicken with lemon confit, which was delicious but also memorable because we only had four chicken legs and four thighs for eight people, and it really struck home how modestly people could eat and what portions sizes we should be eating. In Italy, we had the most amazing carbonara which broke all the rules — no cheese, no garlic, only two eggs for a group of people. I still make that one at home. In China, I just loved the scallion pancakes and firecracker chicken and spicy wings.

Is there anything you wish we could get in Canada?
Ingredient-wise, I’d love to get Italian pancetta made from Italian pigs. Fresh straw mushrooms in China were amazing. In France, we would get this fresh-pressed olive oil that just tasted completely different from what we get here. In Italy, some of our hosts also had this kitchen appliance called the Bimby, which is a chopper and blender, it heats food, there’s temperature control and it’s compact — it takes up very little real estate. It’s also super sturdy and really easy to clean — you just put water in, it boils the water and then you dump it out. You can technically get one in Canada, but they cost almost $2,000.

Your hosts in Italy used a very unique shortcut — Knorr flavour concentrate gels — in dishes like pasta e fagioli and risotto al porro. What did you make of that?
That shocked me, but I liked the honesty. There’s not a lot of honesty in some cookbooks, they won’t admit using these flavour punches. These home cooks were doing what they had to do to make delicious food. 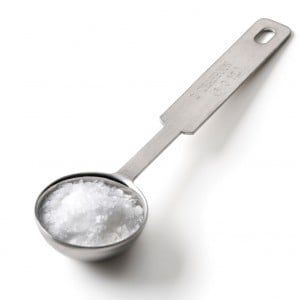 4 Common Types Of Salt, And How To Use Them

Your section on China seemed to have more in the way of cultural observations than it did cooking. Was that expected?

I had no idea what to expect. We were staying with extremely wealthy people, and the only way we had access to them is because my friend there told them that Sam would be their personal, Western-style chef. But it was shocking how poorly they treated their maids. These were people that grew up under food rationing and now they diet regularly because materialism is so important to them.

What do you think Canadians can take away from how people eat in France, Italy and China?
Food is the glue that holds families together — it’s not just fuel. We talk about how mealtimes are important, but as a culture, we need to understand that we can’t schedule things in the way of the meal. I know it’s hard, but if it’s important to us, we need to make a collective change.