How To Make The Best-Ever Soft-Boiled Egg

Whether you want a soft-boiled egg to dip your toast sticks in, or to top off a salad — timing is the key to getting that egg just right. 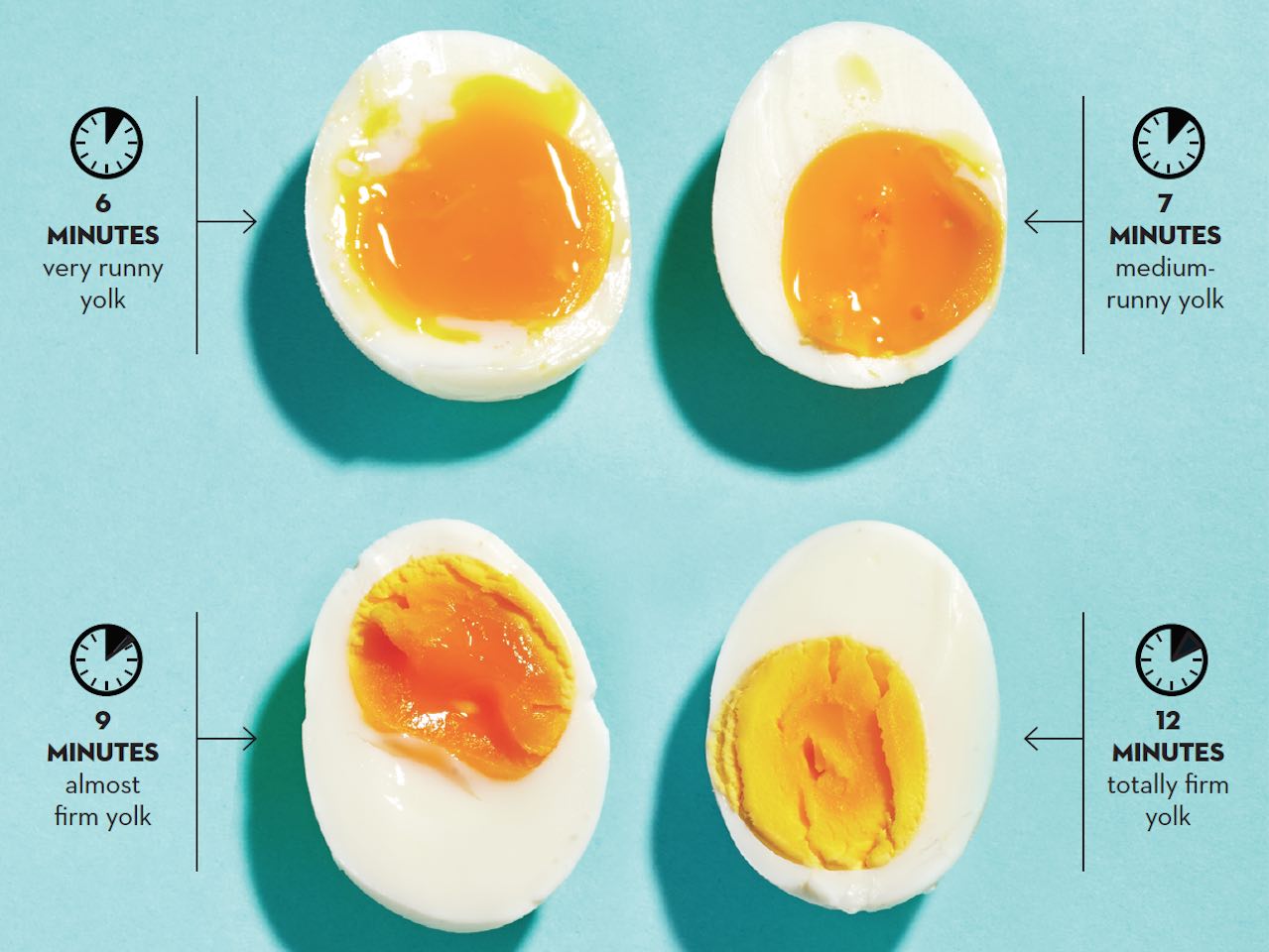 One cannot overlook the virtues of a custardy, runny egg yolk—it’s truly a gift from nature. Whether you want a soft-boiled egg to dip your toast sticks in, or to top off a salad—timing is the key to getting that egg just right. Here’s how to boil an egg.

The ideal soft-boiled egg will have a fully cooked white and a runny centre. There are two schools of thought on how to achieve this. The first, I’ll refer to as the boil and rest method. The second I’ll refer to as the six-minute egg. I’ve put both methods to the test to see which fares best.

Place cold eggs in a pot. Fill with enough cold water to cover the eggs by one inch. Bring to a boil over high heat. Remove the pot from the heat and cover. Let sit for 3 1/2 minutes, and enjoy.

Bring a pot of water to a simmer (small bubbles, not a rapid boil). Add eggs, and cook for six minutes. Adjust heat to keep a consistent temperature going. Remove eggs from water and enjoy.

The best method to cook a soft boiled-egg

The boil and rest method was the method I grew up with—so I assumed it was the best. Guess what? I was wrong! This method has a few problems. First, different stovetops give off different amounts of heat, which means it takes varying amounts of time to bring the water to a boil. Due to this, the cook time and consistency are an issue.

On the flip-side, the six-minute egg had great results. By exposing the egg to a more moderate and consistent heat, the egg white was fully cooked and not rubbery at all. In the image above, the eggs were cooked for six, seven, nine and twelve minutes (clockwise from top left). A five-minute egg will still have translucent whites, and therefore be undercooked. The seven-minute egg (on the right) had a layer of cooked yolk next to the white—therefore overcooked. So the conclusion is, the six-minute egg is the perfect soft boiled egg!