How To Preserve Your Family Recipes

Getting your loved ones to write down recipes can be difficult, but these sisters have a tried-and-true process. 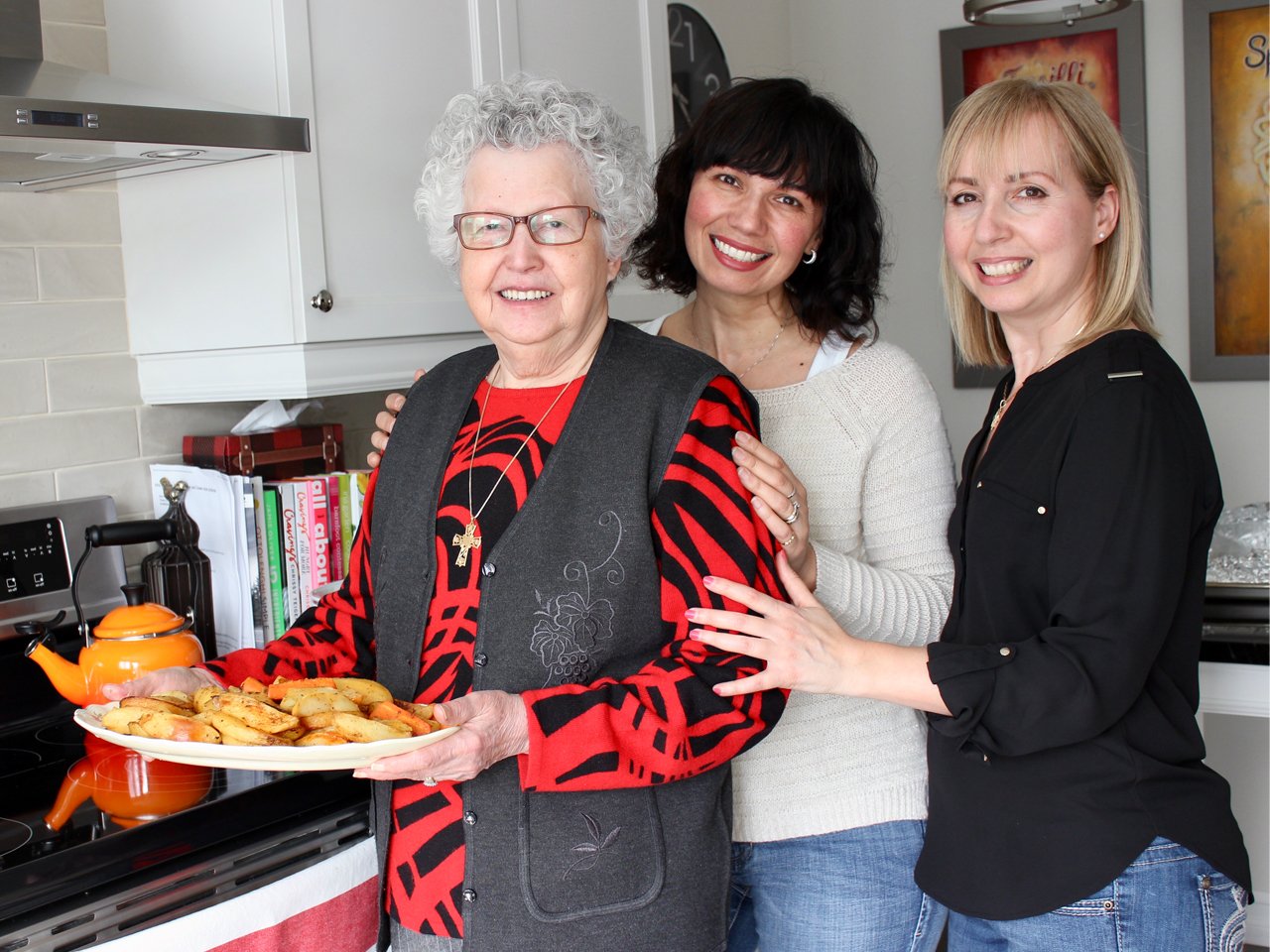 Whenever Montreal sisters Helen and Billie Bitzas tried to recreate their parents’ traditional Greek dishes in their own kitchens, nothing tasted quite right. That’s because their parents, Dimitra and George Bitzas, learned to cook by instinct, like their parents and grandparents before them.

“It’s not just Greeks who cook this way; [there’s] a whole generation of people like my parents who learned to cook by watching others,” says Billie.

Wanting to preserve these treasured family recipes for their children, Helen and Billie headed to their parents’ home, armed with measuring cups, scales and their smartphones. They documented each step—creating actual recipes, much to George and Dimitra’s bewilderment.

Hoping to inspire other home cooks to shadow their own parents, grandparents, aunts and uncles, the sisters chronicled their kitchen adventures by launching a blog in 2016: MiaKouppa, which means ‘one cup’ in Greek, is a nod to their parents’ habit of grabbing a coffee cup or soup can to haphazardly measure ingredients. We asked the sisters to share some tips on preserving your own family recipes.

Make a project out of it

The Bitzas sisters encourage home cooks to decipher family ‘non-recipes.’ One section on their blog, Greek-isms, pokes fun at the cryptic cooking instructions their parents shared—“cook it until it’s done,” “if you have it, add it,” and Billie’s favourite, “put in as much as it takes.”

Putting together recipes required some wrangling. “We’d chase them around the kitchen with the measuring cups. They’d chop an onion and want to throw it in, but we’d say, ‘Wait! Is that half a cup?’” recalls Helen. “It took a while for them to grasp why this was important. It’s great to say ‘do it with the eye,’ but if we’re trying to explain how to make their moussaka to others, they need to know what (eye-balling a recipe) looks like.”

“They know their oven and where everything is and will feel more comfortable in their own space,” says Billie. Watching George, known for his galaktoboureko, a classic Greek custard-based dessert in phyllo, in his own element helped the sisters understand how to handle dough for this dish.

As a result, and in addition to writing everything down, Helen and Billie also learned to cook ‘with the eye.’ Having your loved ones work from their own kitchens ensures they won’t be distracted trying to find things, and they can focus on making the food while you focus on chronicling the process.

Set aside plenty of time

Making a meal with someone while taking notes and pictures and talking about the dish takes much longer than just cooking it, says Helen. She also recommends using a pen and paper over a laptop as you move from sink to table to stove. Taking photos and videos is helpful, especially when making dough or other complicated recipes.

Test the recipe on your own while it’s still fresh in your mind. That way, you can tweak anything that doesn’t seem right or ask your family for more explanations.

Helen and Billie suggest recording family recipes sooner rather than later. Since sharing 360 recipes on their blog, most of them traditional family favourites, the Bitzas sisters have heard from home cooks around the world who also struggle with family ‘non-recipes.’ And they’ve also heard from people who regret not doing this with their loved ones who have died.

Ask why a favourite dish is so special to them

Through their MiaKouppa project, Billie and Helen have discovered many things about their parents and were told stories they’ve never heard before.

“For example, while making something that included honey, our mother told us that our grandfather and great-grandfather were beekeepers,” says Billie.

“She showed us a piece of beeswax her father gave her 60 years ago when she immigrated to Canada as a good luck symbol and to remember where she came from. So yes, you want the recipe, but more than that, learn about the person who’s sharing with you.”