The beer world is mad for wild ales. Here’s what you need to know. 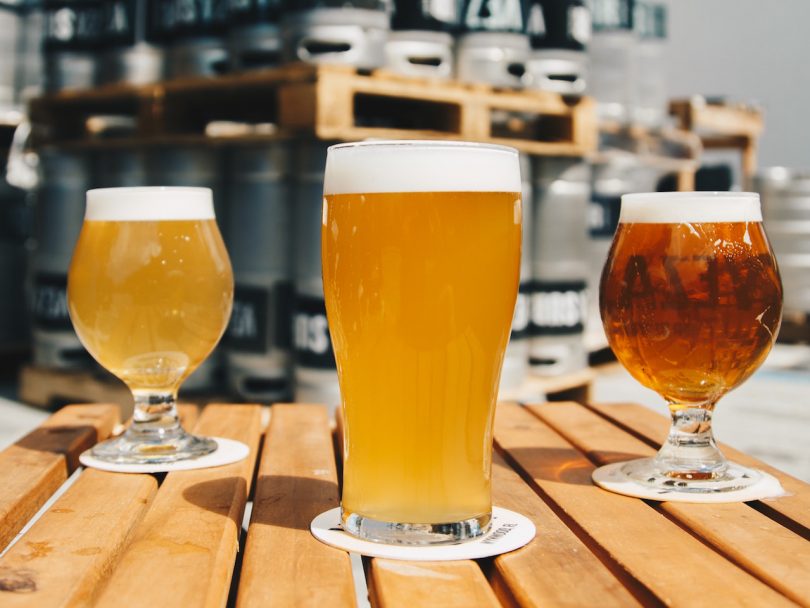 Wild ales are a bit like the natural wines of the beer world. They’re fermented with wild (or natural) yeasts, imbuing them with a funk-fuelled flavour profile—think earthy, sour cherry, barnyard, bacon, or desiccated pear. Nearly extinct 20 years ago, this beer style was rescued from obscurity by American craft beer bars and brewers who worshipped its weird, funky flavours. These days, beer zealots plan their vacations around pilgrimages to the world’s classic wild-fermented breweries, and Canadians are stepping up, creating some homegrown wild brews of their own.

Here’s what you need to know to get your wild beer on:

So…are wild ales kind of like the sourdough bread of beer?

Yes! Kind of. Sourdough starters are made by leaving a mix of flour and water open to the air for a week or more at room temperature, allowing the millions of microflora and fauna in your kitchen to make contact and “inoculate” the starter, turning it into a natural yeast. This gives sourdough its tart, funky flavour that can’t be replicated by using store-bought yeast.

Ninety-nine percent of beers in the world are made with reliable yeast strains bought from a lab; once used, they’re carefully refrigerated and protected so that no “wild” yeasts join the party. But wild beers are made with wild yeasts, mainly Brettanomyces, collected in a number of different ways (from scraping a strawberry to capture its microflora to purchasing a wild yeast culture from a lab) which give the beer a range of weird and wonderful funky flavours.

How are they different from sour beers?

Sour beers are fermented with those clean beer yeasts we talked about, and also “soured” with a bacteria like lactobacillus or acetic acid—but there are no wild yeasts in these beers.

However, wild beers are always made with wild yeasts, which also tend to produce some souring acids, so while wild beers can often taste sour, sour beers do not taste wild or funky.

Why are wild beers increasingly popular?

That’s a two-part answer. First, we’re finally ready for these flavours. Canadian beer drinkers are more open-minded to new, funkier flavours thanks to experimentation by our local craft breweries. Plus, natural fermentation is making a big comeback, with more of us hauling out our grandmother’s old pickling jars.

And second, wild ales are easier to get our hands on. Bottle shops are importing the classics from Belgium, and more Canadian breweries are working with wild yeasts. Plus, Canada’s first beer yeast laboratory, Escarpment Labs in Guelph, Ontario, is helping breweries to discover and nurture wild yeast strains from their own forests, orchards and backyards.

What kinds of wild ales should you look for?

Lambics are the king of wild ales—and reflect an ancient style of brewing. The beers are made using “spontaneous fermentation,” by which wild yeasts and bacteria from the environment inoculate the warm, sugary brew (known as wort) in a coolship—a large, open pan—to kickstart fermentation. This is slow beer—it undergoes three or more fermentations, often involving a mix of 20 or more wild yeasts and bacteria cultures. Most lambics are left to develop for one to three years before blending and bottling. Lambics are a protected appellation in beer, and can only be made by certified producers in and around Brussels.

You May Taste: Barnyard, pepper, fermented lemon, sour cherries, pineapple kombucha, tobacco, cinnamon, tons of bubbles, extreme funk. Note: some people swear the beer has gone “off” the first time they taste this style, while others love the strange brew instantly. It is an acquired taste—but worth the effort.

Shopping Guide: Lambics can be still or sparkling, fruited or straight up. Gueze is a sparkling, three-year-old lambic, and that’s the style you’ll find in North America. Look for it on bottle lists at the country’s best beer bars, or find the odd one in better liquor stores, always in bottles, always made in Belgium. Look for producer names like Cantillon, Lindemans, Mort Subite, Oud Beersel, Timmermans or Tilquin. 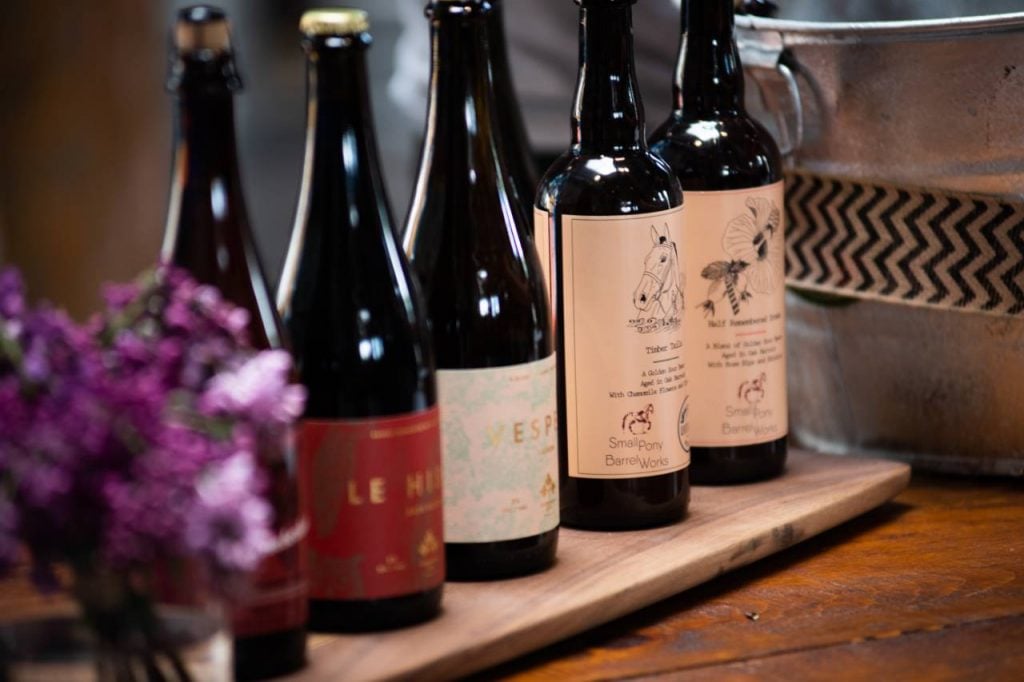 This is a catch-all name for any beer made with a wild yeast strain. There are a whole bunch of ways to capture and use wild yeasts—and any of them are fair game here. The beers can be spontaneously fermented like a lambic (a rarity in Canada), bought from a lab, found within a freshly emptied wild wine barrel, or captured from the brewery’s own environment by yeast hunters like Escarpment Labs. Often the wild yeast is blended with other yeasts and bacterias, and these are known as mixed cultures or blends.

You May Taste: Hay, barnyard, dusty orchard fruit, leather, wood smoke, lemon, tropical fruit. It might not sound appetizing, but these earthy flavours are often just a backing note in the best wild ales, giving them a complexity that can’t be beat.

The Ultimate Wild Beer: Letting beer ferment spontaneously from the microflora and fauna living in the surrounding environment is a romantic, much-prized holy grail of wild ale making, so it deserves its own shopping category. Only a handful of breweries in Canada are spontaneously fermenting beers regularly. These take time to age, blend and bottle (often three years or more) and only pop up for sale a few times each year. Look for “spontaneously fermented” or “lambic style,” on labels from these breweries—Big Rock Brewing and Blind Enthusiasm in Alberta, Field House Brewing and Townsite Brewing in B.C., Bench Brewing, Bellwoods Brewery and Block Three in Ontario, and Pit Caribou in Quebec.

Brett refers to Brettanomyces, that funky family of yeasts. Traditionally, wild ales use this strain later in the brewing process, which gives the beer barnyard and woody flavours. But brewers are discovering that if they use Brett as the main yeast strain it gives off slightly funky but highly fruity aromas which marry nicely with similar aromas from hops. You’ll often see this technique used to give a layer of complexity to Pale Ales or IPAs or saisons.

Shopping Guide: Brett Pale Ales, Brett IPAs, Brett Saisons and Farmhouse Saisons (note: the word farmhouse doesn’t always mean that the beer is made with a wild yeast). Look for beers by Brassneck, Dageraad Brewing and Four Winds Brewing in B.C., Halcyon and Nickel Brook Brewing Company in Ontario, The Establishment Brewing in Alberta and Trans Canada Brewing in Manitoba.

Tannic and highly acidic, these sweet-and-sour palate cleansers are known as the Burgundies of the beer world. Their deep red or brown colours come from caramel malts, which give them dark fruit, caramel and toasted flavours to balance the wild yeast funk and vinegar-like tang. Traditionally from the Flanders region of Belgium, you can now find versions of both styles made in Canada. These beers are made with a mixed “house culture” unique to each brewery. Flanders Reds feature lots of acetic acid, along with an earthy barnyard funk, for a balsamic vinegar-like flavour.

Shopping Guide: Look for labels that say Flanders Red or Oud Bruin. Explore the classics first, and seek out Rodenbach Grand Cru on the tart side, or Duchesse de Bourgogne on the sweeter side.  In Canada, look for Oud Bruins from Indie Alehouse and The Exchange in Ontario, Les Trois Mousquetaires and À la Fût in Quebec, and Driftwood and Strange Fellows in B.C., and North Brewing in Nova Scotia.

Crystal Luxmore is an Advanced Cicerone and beer writer whose passion for wild ales is so big she created Wild Things Fest, an annual festival that pours only wild-fermented beer, wine and cider. Sip with her at the fest coming up this spring—follow the Instagram or Facebook Page for the date announcement.