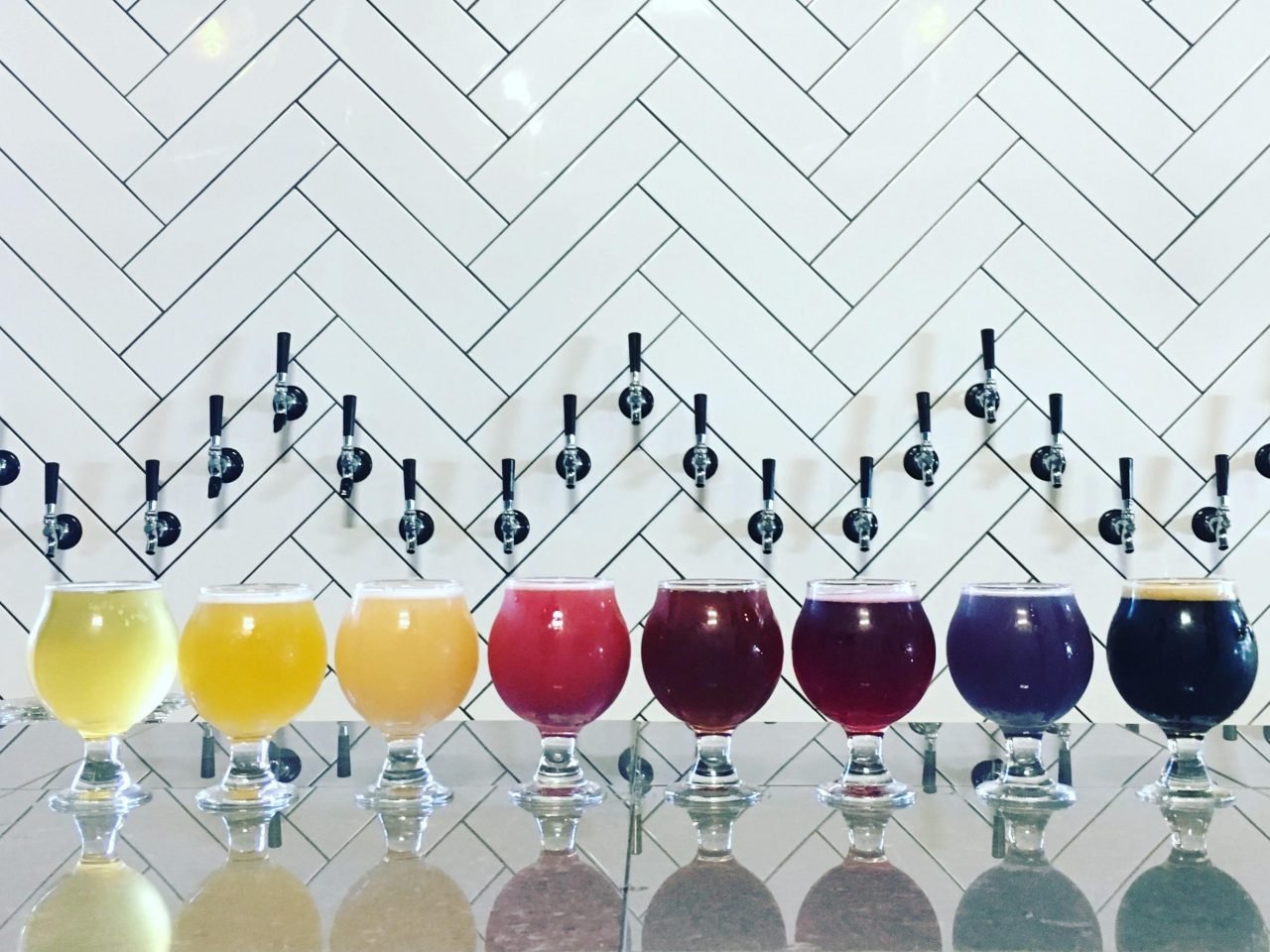 There’s a flavour zone in beer that’s everywhere these days: acid. Thank increasingly popular sour beers. For centuries, brewers worked to scrub out souring acids from their breweries and yeasts, and this flavour nearly disappeared. That is, until North American craft brewers delved into historic sour beer styles and discovered ways to make them at home, using home-grown ingredients.  These beers, which are tart and often fruity—think kombucha or kefir—are becoming mainstream. But they’re not all the same—so here’s a guide to help you discover the new wave of North American sours:

First off, let’s recap—what is a sour beer?

Traditional beers are fermented with yeast. Sour beers are fermented with yeast, but ALSO soured with a sour bacteria, usually lactobacillus—which is the same thing that sours your yogurt. The result is a very tart flavour that can be as aggressive as sucking on a lemon, or be a bit more balanced, like the sweet-and-sour interplay of a Sour Key candy.

Why are they so popular?

Because they’re so unexpected—and they often attract a whole new set of drinkers. Tradish beers balance sweetness and bitterness. But sour beers drink more like white wines, balancing acidity and sweetness. Whenever I talk to a friend who “doesn’t like beer,” but drinks a lot of wine, I give them a sour beer—and they’re always shocked that beer can taste this way.

What’s a good starter for these types of beers to ease into the style?

Try anything that’s labelled “sour,” “gose,” or “berliner weisse” but has fruit added—the fruit sweetness often tames the acidity and tends to be easier to understand than a straight up sour.

So are sour beers vegan or dairy-free?

“It depends,” says Richard Preiss, a yeast scientist and founder of Escarpment Labs in Guelph, which sells brewing yeast to craft breweries. “Latobacillus is vegan if it’s bought from a lab because the bacterial culture is grown on malted barley. But some breweries sour with yogurt, because it’s cheaper, so then it wouldn’t be vegan or dairy-free.” The best thing to do if it’s a concern is to get in touch with the brewery to double check, as it isn’t something that most brewers put on the label.

So, wait—are sour beers the same as wild ales?

Nope! Often confused with “sour” beers because they may contain some sour flavours, wild ales are notable because they’re fermented with a wild yeast strain and have a long and rich history in brewing.

Okay, I *love* sours—what are some good styles to check out?

This style of beer originated in the salt mining town of Goslar Germany—the brewers used the salty river water to brew, adding lactobacillus for acidity, next-to-no hops and some coriander seed to spice it up. Gose almost went extinct—only a few breweries in Germany were making it—until it was rediscovered by American craft brewers and given a second life. Some are made with lactobacillus, and other times brewers just add yogurt early in the brewing process to sour the sweet brewing liquid. Fruit can be added, or you can get a classic style brewed with coriander and sea salt.
You May Taste: Tangy kefir-like acidity, lemony coriander spice, a hint of salinity at the finish.
Shopping Guide:Collective Arts’ line of fruited goses are available in most Canadian provinces.

Developed in the Middle Ages, this sour wheat beer was a hit with Napoleon and his troops during the Franco-Prussian war in 1809. They dubbed it the “Champagne of the north” for its lively carbonation and elegant flavour. It’s made with a lot of wheat, for a creamy mouthfeel, soured with lactobacillus and is extremely effervescent. This style was a proud Berlin staple in until the early 1900s, but fell out of favour until it, too, was rediscovered by American craft brewers. Fun fact: it’s an appellation contrôlée—no beer produced outside Berlin can carry the name (but a lot of Canadian brewers will use it on their labels anyway…).
You May Taste: Clean, lactic sour tang, bread dough, sourdough bread, green apple, citrus. Crisp, thirst-quenching acidity.
Shopping Guide: Look for labels that say Berliner Weisse, Berliner, Uber or Uber Berliner. Many have fruit added to balance that mouth-watering tang.

These beers aren’t technically a “style,” but a way that Canadian craft brewers are making sour beers that are not an interpretation of a “gose,” or “berliner weisse,” but aresoured, (usually with our old friend, lactobacillus). This group of modern beers has a big range of flavours, from a “dark sour,” which is made with roasted or highly toasted barley malts to create coffee, espresso and chocolate flavours, to fruited sours, which are made with lactobacillus but have fruit added, to a “dry-hopped sour,” which means hops are added very late in the brewing process to add hop flavours and aroma without adding much bitterness.
You May Taste:Sour plum, dark chocolate, tropical fruit, citrus.