All the taste, none of the booze. 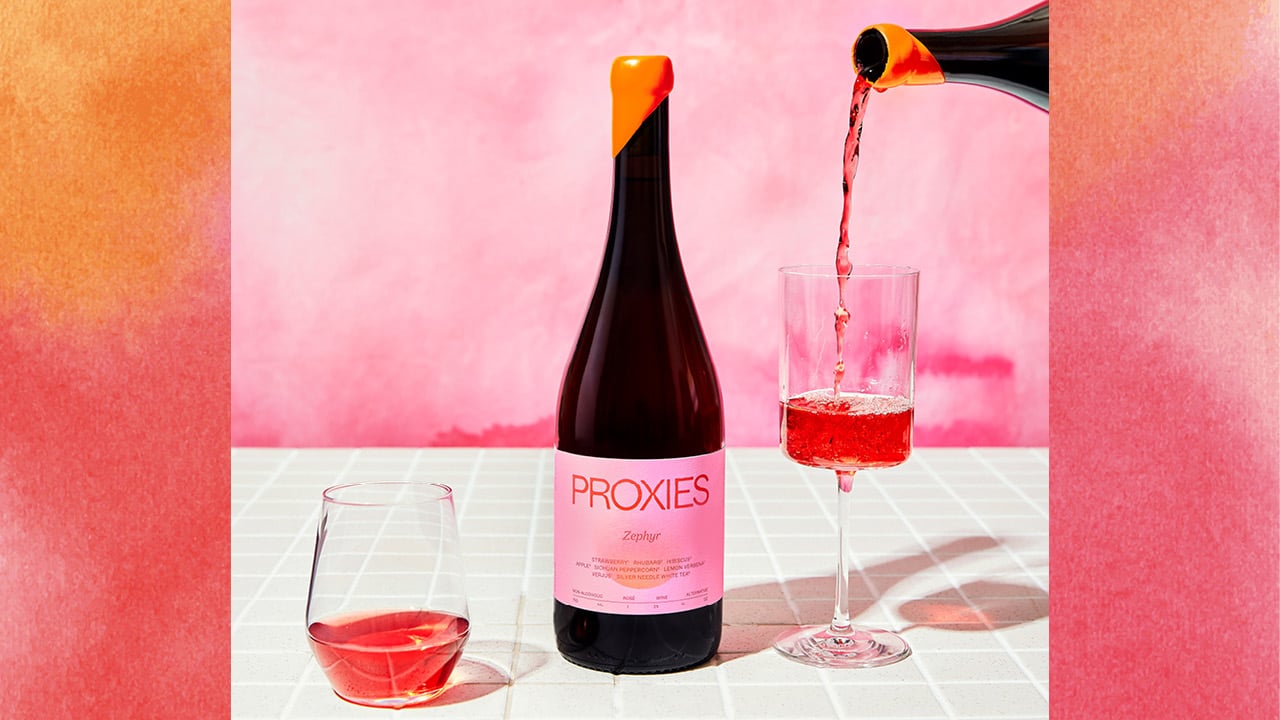 Non-alcoholic drinks barely existed as a category five or six years ago. Now there are too many options to keep track of. Fortunately, with this round-up of 13 excellent NA drinks, you don’t have to.

Since it’s pretty good right out of the can, you don’t have to serve this light and refreshing sugar-free NA Mule on the rocks and garnished with a sprig of mint—but it’s even more enjoyable if you do. Produced in Montreal, Clever also makes a Mojito and two G&Ts (one is pink and pretty delicious) and a “gin.”

$2.99, available at some Metro stores or direct from Clever Mocktails. 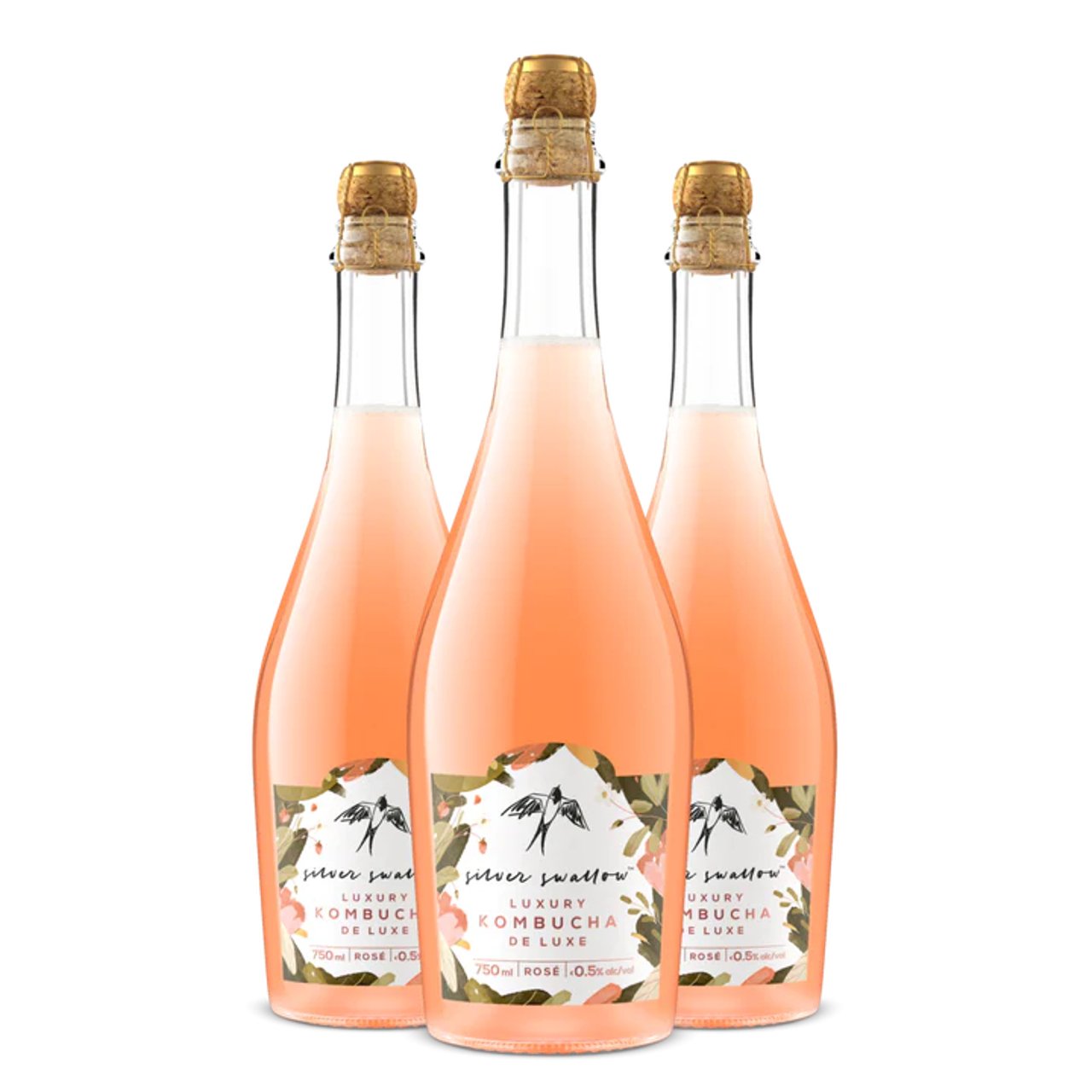 Fans of piquette and pet-nat wines will love popping the cork on this slightly cloudy non-alcoholic fizz, brewed in Ottawa with kamairicha tea from Japan’s Kyushu Island. Slightly herbal with a hint of funky peach, it will go well with any food that you might normally pair with sparkling wine (a.k.a. just about every food on the planet).

$19, available direct from Silver Swallow, as well as at Whole Foods and other premium retail stores in AB, ON and QC.

Made at Upstreet, a craft brewery in Charlottetown, PEI, Libra launched a couple of years ago with a non-alcoholic Pale Ale that was pretty great but, for our money, this summer’s new offering, a Hazy IPA, steals the show. The brewery also makes a tasty stout, nice pilsner and a twangy cherry sour, the latter of which is also brand new this summer.

Nearly three years ago, Vancouver Island’s Sheringham distillery launched Bright Light, Canada’s first zero-proof alt-gin, a botanical-forward “spirit” that has built a loyal following. Since then, it’s launched a London Dry and Lumrum, an alt-rum that tastes a little like cold tea with a sweet finish and mingles quite nicely with ginger beer.

Kristen Needham, who founded Vancouver Island’s Sea Cider, is one of the pioneers of Canada’s craft cider scene and, thanks to the Temperance series, also a member of the non-alcoholic beverage vanguard. Temperance Eden, a sparkling apple cider, is light and refreshing, with plenty of punchy acidity, which makes it great to drink with seafood tacos or lobster rolls. On the other end of the spectrum, Sea Cider offers a Temperance Bonnie, a fruity fizz made with blackberries and apples that goes great with cheese.

$13.95, at Sansorium, an online store that specializes in NA drinks and ships across Canada. 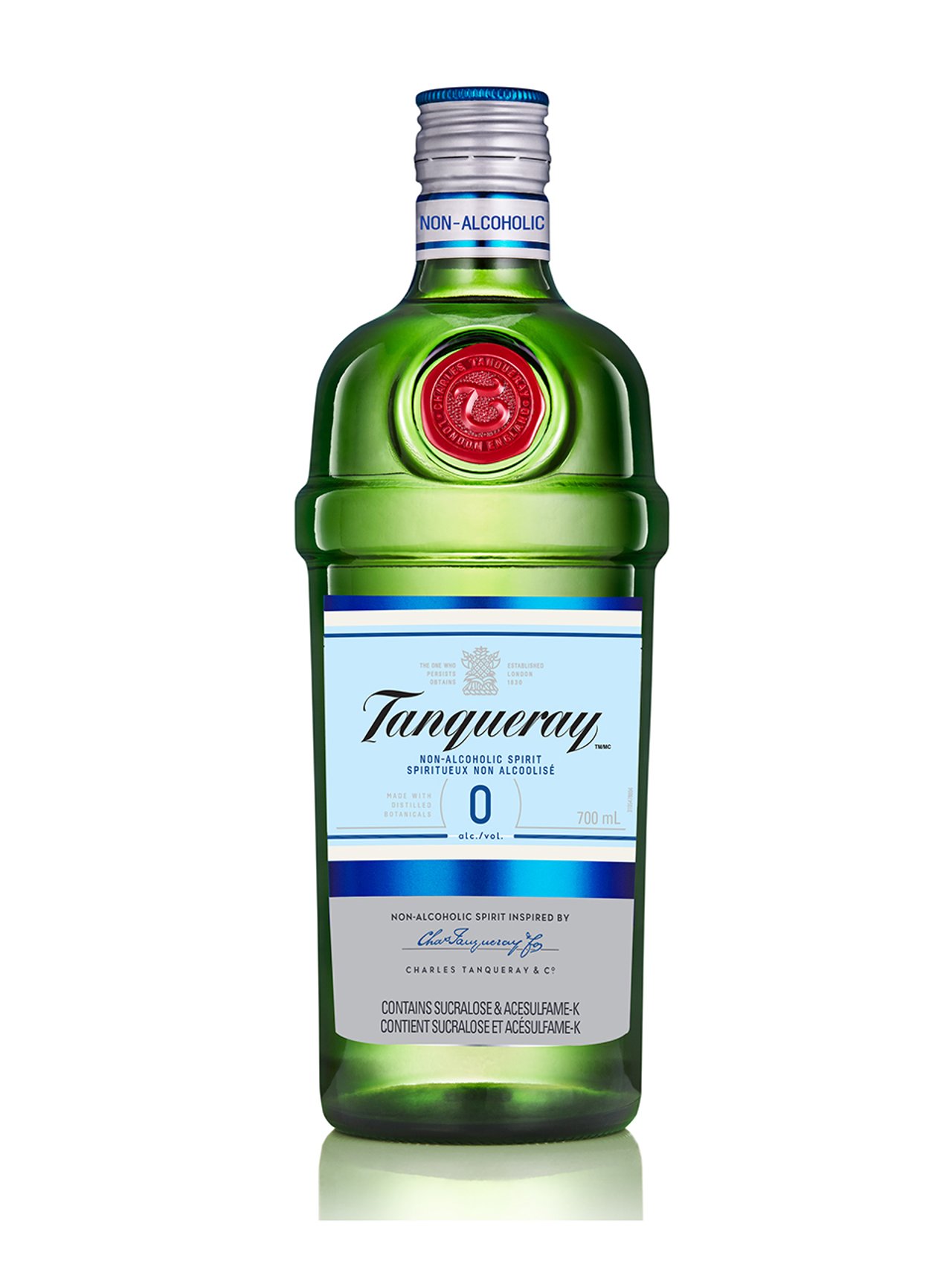 What’s amazing about this “spirit” is that, except for a slightly sweet finish, drinking this straight has pretty much exactly the same flavour profile as Tanqueray gin—citrussy, lightly piney and with a touch of spice at the end. And, once you mix it with tonic, it’d be hard to tell it apart from a “genuine” Tanq-and-tonic.

The magical balance of fruit, tannins and acidity that makes wine so great also makes the creation of a reasonable facsimile a serious challenge but Acid League, a company founded by University of Guelph alumnae, is about as close as it gets. In addition to its limited releases, the core line includes two whites, two reds and a lovely cerise-hued rosé named Zephyr that’s bright and round enough to make you forget that it’s a “proxy” and not a “wine,” per se. Perfect for summer afternoon parties and patios, Zephyr’s a keeper. Although it was a highlight of the sampler starter pack, the other three—Sauvage, Velvet and Pastiche—were also hits.

$99 for a four-pack, direct from Acid League. 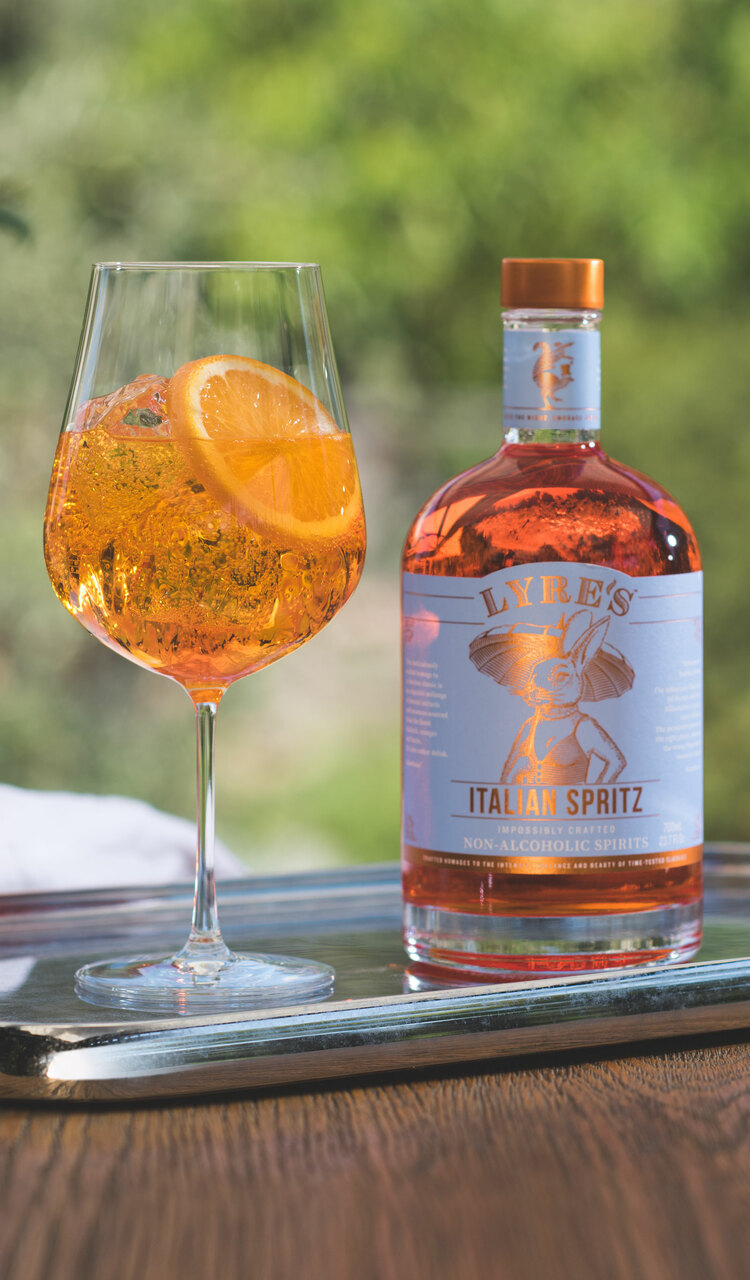 Technically speaking, this is really two products but, since they were born to be mixed together to make a fabulous NA spritz, we’re lumping them as one. The Italian Spritz “aperitivo” is a bright and complex “spirit” made from rhubarb that can be served on the rocks with a twist or mixed with Classico to make a gorgeous afternoon spritzer. It would be wrong not to mention, though, that the Classico, an NA “prosecco,” is easily one of the best zero-proof bubblies we’ve ever tried—we’d happily serve it at dinner.

One of the reasons piquette skyrocketed in popularity overnight is that this fizzy juice, fermented from stems, skins and seeds (as opposed to grape juice), is already a lower-alcohol alternative to sparkling wine. Nova Scotia’s Benjamin Bridge, which was already making some of Canada’s best piquette, has gone even further with a new alcohol-free version that’s light, fresh and nicely dry. 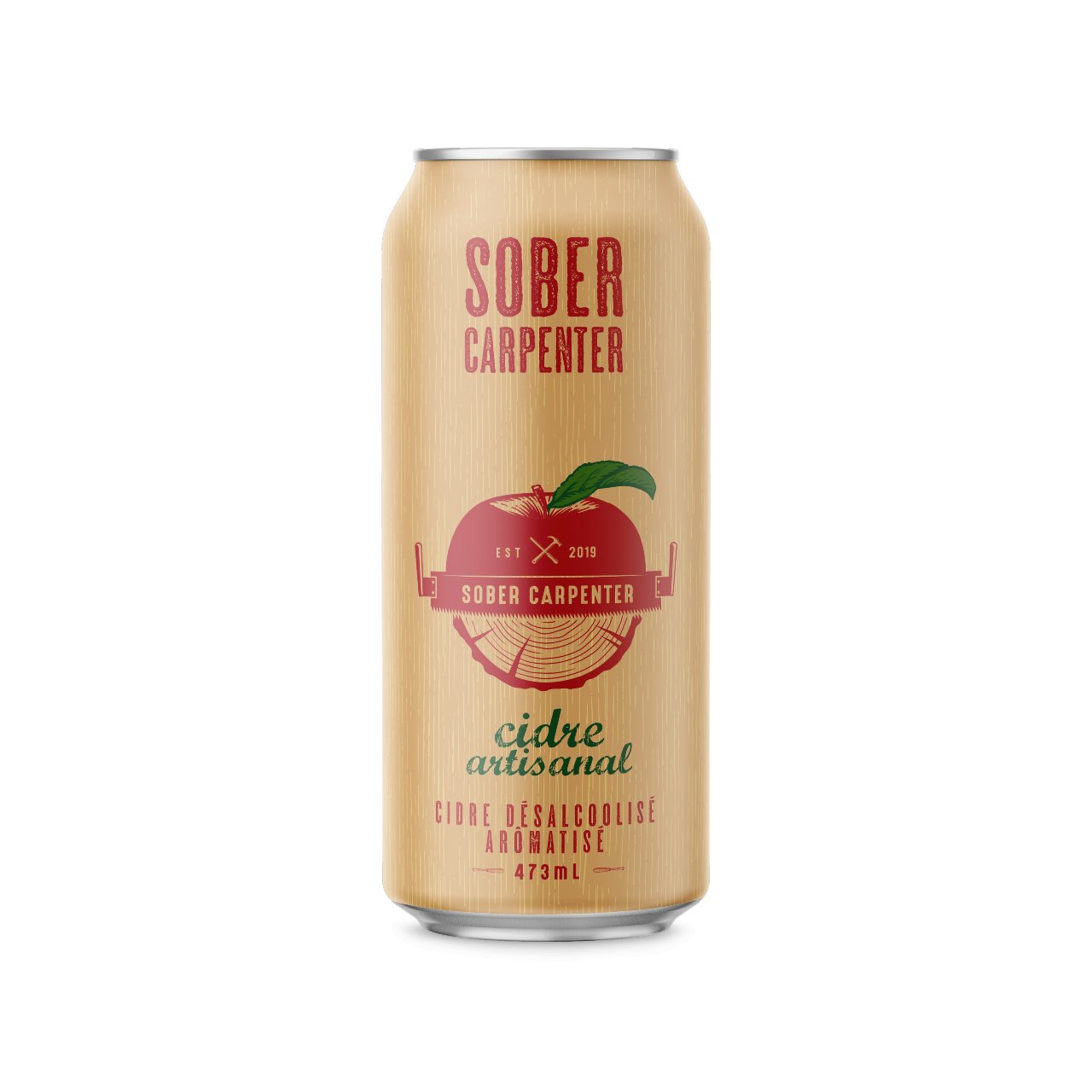 Although the apple taste in this is super subtle and it’s a touch on the sweet side, this is still a really tasty drink that shines when served on the rocks with a little spritz of lemon. Sober Carpenter, a Montreal company, also makes non-alcoholic beer, including a Blonde Ale, an Irish Red and an Organic Session IPA. 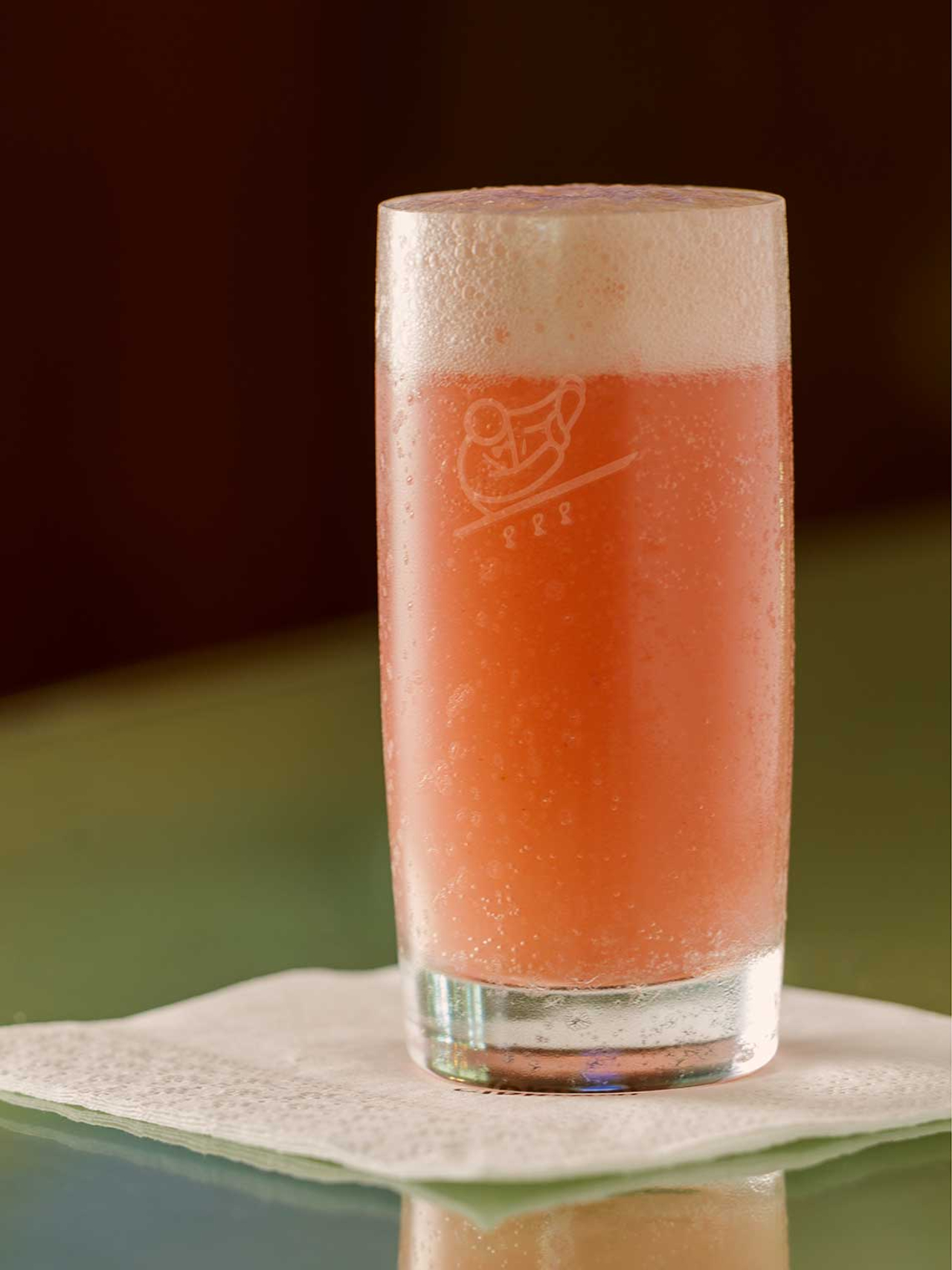 It can be hard to get a decent full-strength Bellini outside of its birthplace, (Harry’s Bar in Venice), let alone a non-alcoholic one—which makes the Cipriani Bellini such a particularly delightful surprise. Made with real white peach purée, it’s fresh-tasting, lightly sparkly and just sweet enough.

$14.95 for a four-pack at Clear Sips, an online store that specializes in NA drinks and ships across Canada. 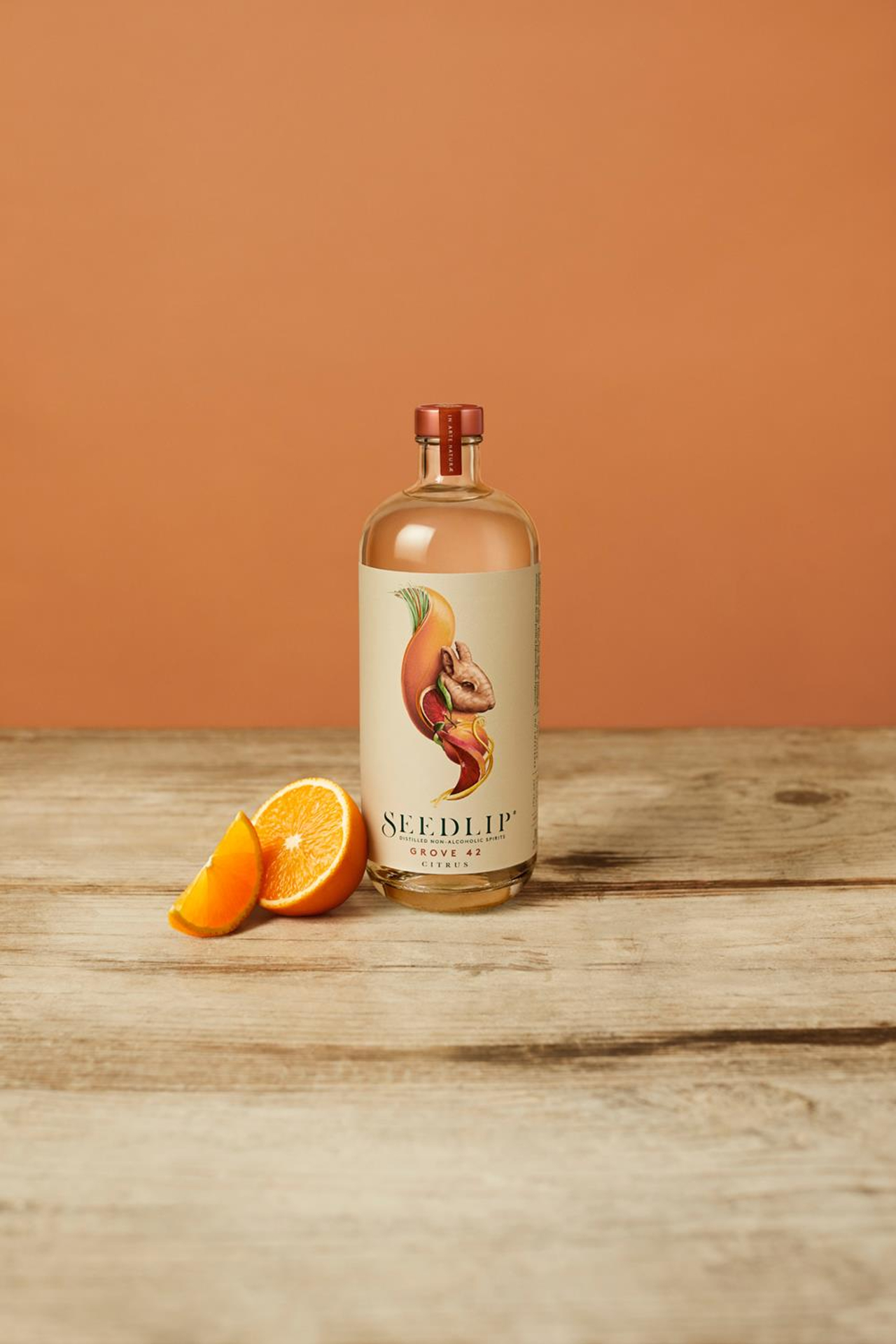 Since Seedlip is available at the LCBO for the first time ever this summer, this seems like a good time to remind people that the original distilled non-alcoholic spirit is still a great choice. Grove 42 is citrusy and fresh and ideal for mixing with a light tonic water.