Is there *really* a ‘healthier’ wine? 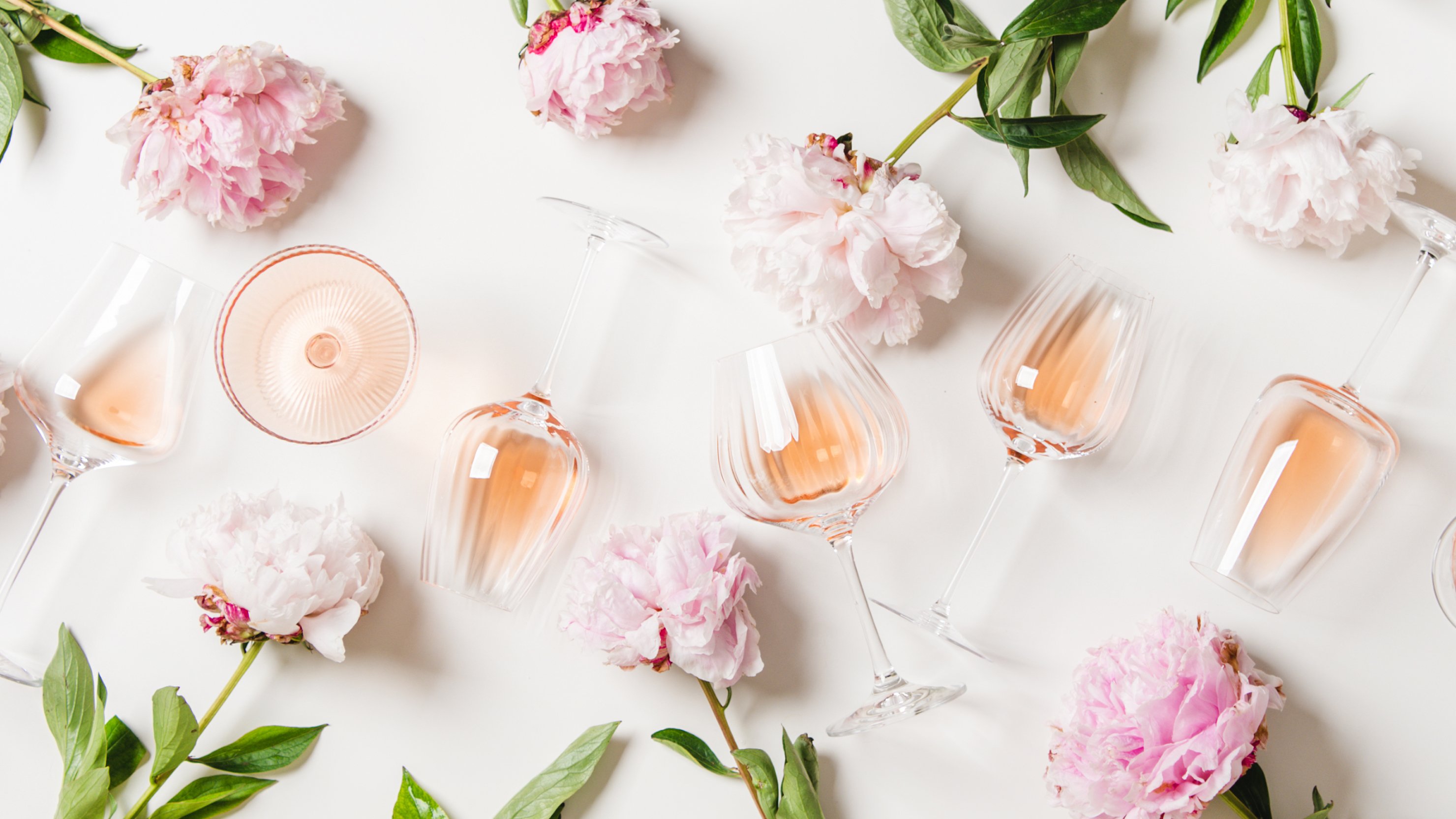 It goes without saying that we all want to drink the best.

When it comes to wine, though, it can be tricky to know the difference between mass-produced juice and a wine made with integrity. Wouldn’t it be great if there was some kind of stamp or seal of approval to indicate that we’re buying the genuine article?

Alcohol marketers are keenly aware of this, which is why, over the years, they’ve cycled through a lot of lingo, including “authentic,” “small-batch,” “natural” and “hand-crafted—none of which actually mean anything about the liquid’s quality.

Nor, for that matter, does the word “clean.” Or “pure,” “bright,” or, our favourite, “good,” which are all common on labels belonging to a new trend that we’re going to call “wellness wine.”

Probably the most famous wine being packaged as a better-for-you wine is Avaline, a brand launched by Cameron Diaz and fashion entrepreneur Katherine Power. (And no, it’s not available in Canada, but other, similar wines are.) It boasts “clean, delicious wine made with organic grapes.” Despite the fact that these all sound like great attributes, clean wines have been subject to a tremendous backlash from wine writers and nutrition experts. We asked a few to find out why this type of marketing rubs them the wrong way.

“The marketing around these wines suggests that they are healthy for you,” says Michaela Morris, a wine educator in Vancouver. “Wine is an alcoholic beverage and, consumed in large enough amounts, alcohol is toxic.”

No matter how much you try to clean up booze, the idea of a “clean” toxin is, at best, an oxymoron.

So, is it actually…different from ‘normal’ wine?

Morris says the other problem with the term is that it implies that other wines are somehow “unclean,” which isn’t fair to the many wineries that produce wine with integrity.

That said, there are wines that contain additives, such as colour, stabilizers and things to enhance flavour, such as malic, tartaric or lactic acids.

For the large part, though, objections to additives in wine have more to do with aesthetics and wine-making philosophies than concern for negative effects on health. Why? Partly because many wine additives are added in minimal quantities and are already found in many foods.

Malic acid, for example, is found in most fruits (including grapes) and is responsible for the tart, green apple taste you sometimes find in wine. Heat is malic acid’s sworn enemy, so in some warm-climate regions, wineries add malic acid to dial up the tartness.

Even though it’s not harmful to human health in food levels and is on Health Canada’s list of approved food additives, acidification is frowned upon and/or restricted in most wine regions in Europe. “If you look at the great wines, like Lafite or Margaux or any established French house, they would never market their product in that way,” says Andrea Fujarczuk, a professor at Niagara College’s artisan distilling program. “Do you really think that they have these additives in there?”

Spoiler alert: The answer is no.

If there are additives, why aren’t they on the label?

But it can be hard to know, since many countries don’t require wineries to list additives on the label—because it opens up a debate about what counts as an additive. In Canada, for instance, only sulfites above a certain level have to be listed, to protect a very small percentage of people who have sulfite sensitivity. For the record, all wines contain sulfites, which are a naturally-occuring by-product of fermentation. Since sulfites are also a preservative, winemakers sometimes add extra, especially to wines with low-acidity.

Some people think sulfites are responsible for hangovers. Wine people counter that there are more sulfites in dried fruits than most wines, so if that dried apricot dessert didn’t give you problems the morning after…it’s probably the alcohol and not the sulfites.

What about ‘vegan friendly’ wines?

Fujarczuk points out that this is also the case with “vegan friendly” wines. She can’t think of a single winery in Niagara that filters wine through animal proteins, such as egg whites, which is the main practice that would make a wine unfriendly to vegans, even though no albumen makes it into the wine.So, in other words—just because it doesn’t say so on the label doesn’t mean it isn’t.

I’ve also toured an amazing winery in Haro, Spain that proudly showed-off its egg white “fining” process, which it adopted as a more “natural” alternative to things like silica or synthetic polymers.

What about organic? That’s good, right?

A lot of grapes are grown organically but haven’t been certified as such because it’s expensive to jump through all the hoops. At times, vineyards don’t qualify as “organic” because, ironically, they’ve gone beyond organic and have rejected things (copper pesticides, for example, which causes skin and eye irritation and, some argue, is toxic to the local wildlife) that are considered essential elements of organic viticulture. Incidentally, many fully certified winemakers have quietly told me that depending on the country—regulations differ—organic is really considered the lowest rung on the environmentally-friendly ladder of wine-making. Sadly, there’s no label or term for wineries that are just as good or better than organic.

Do ‘clean wines’ have less sugar?

Not to pick on Avaline too much, but it’s easy to argue that the real secret to the brand’s success has less to do with it being vegan-friendly and more to do with it being (sort of) keto-friendly. All Avaline’s wines are relatively low in sugar but, more importantly, the brand has promoted transparency and mastered the numbers game—it’s easy to look up the number of calories, grams of sugar and carbohydrates on the website for any of its wines.

This has inspired the creation of several new low-carb/low-cal/low-sugar wine brands but, as we learned last year writing about Canada’s first low-sugar wine, a lot of wine is already quite low in sugar—it just isn’t advertised as such. All alcohol contains calories. It’s the alcohol percentage, in fact, that determines the calorie count. So, no, “clean” wine is not necessarily diet-friendly—it just makes it easier to count carbs. Although, as we also learned in that piece, “If you’re drinking enough for the sugar to make a difference in your diet, the sugar is probably the least of your concerns.”

So…if wine is marketed as healthy or, at least, healthier, will people drink more?

That’s a common concern among addiction specialists. There are actually laws in Canada and the United States prohibiting alcohol companies from making health claims for that very reason.

“Most food and drink businesses are very much profit-driven,” says Danielle Lee, an MSc Candidate at the Department of Nutritional Sciences at the Temerty Faculty of Medicine at the University of Toronto, whose research focuses on sugar. “And despite their antics to promote the ‘everything-in-moderation’ idea, at the end of the day, people want to sell their products. And, in order to do that, people have to purchase it and consume more.”

It’s widely thought by industry experts that “wellness wine,” along with “purely made” seltzers and “functional” beers that contain superfoods or extra electrolytes, exist as part of a campaign to convert “sober-curious” and health-conscious millennials to drinking.

So, is there another way to choose better wine?

Fujarczuk says there is no black or white, yes or no answer when it comes to which wine to buy—organic, biodynamic or vegan-friendly. Low-intervention wines (sometimes called “natural” wines), which we explained last year, might sometimes be a better choice but there’s no magic label that can tell you what to get. Instead, she says, research wine regions that have restrictions on wine production in line with your values and start trying wine from that region. If you like it, keep buying it. When you buy a wine made in a specific appellation, such as one of France’s AOCs (Appellation of Controlled Origin) you are buying into that region’s wine-making practices.

And, hey, there are great wineries in Canada doing everything right. You just have to do your homework, first. Or you could choose not to worry about miniscule quantities of additives. After all, wine was meant to be savoured—not to become another thing to agonize over.

“I really think that, if you’re at a point where you are buying a wine because of the calorie count, you have to question what you’re actually doing,” says Fujarczuk. “When you’re choosing to drink wine, you’re already making health choices that are not totally in line with treating your body like a temple.

“That ship has sailed,” she continues. “So, instead, commit to enjoying wine for what it is.”