A Guide To Buying And Cooking With Fish Sauce

Known by many names, this pungent amber liquid distilled from fermented fish is what I reach for whenever I need some umami in my dishes, from stir-fries, soups to even pasta. 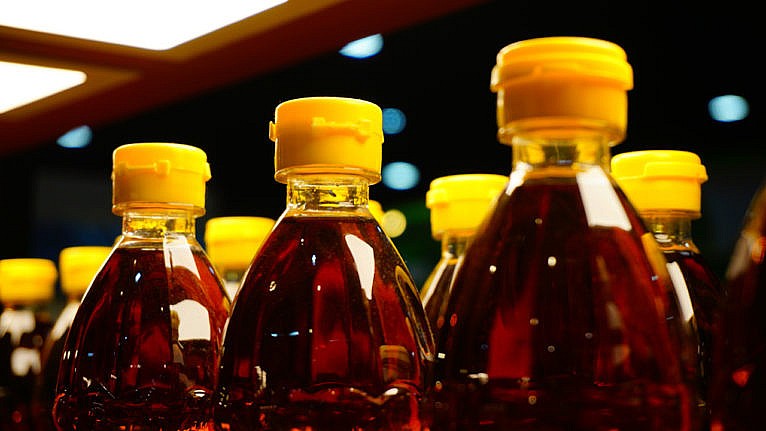 Fish sauce is an important ingredient in the Southeast Asian pantry. Known by many names, among them nước mắm in Vietnam, nam pla in Thailand, and patis in the Philippines, this pungent amber liquid distilled from fermented fish is what I reach for whenever I need some umami in my dishes, from stir-fries, soups to even pasta. But a bottle of fish sauce is versatile and you don’t have to limit it to Vietnamese, Thai, or Filipino cuisine.

How is fish sauce made?

At its purest, fish sauce consists of fish and salt. Anchovies are most commonly used, but you can also find sauces made from mackerel, sardine, and salmon, each of which has its own distinct taste. While the ratio of fish to salt and fermentation duration differ across brands and countries, the making process is similar.

Freshly caught fish are transported to land and stacked in wooden barrels at a ratio of three parts fish to one part salt. After 12 to 15 months, the proteins break down to produce an umami-rich liquid, which is siphoned off from the vessel and filtered to remove sediments. This first extraction of liquid is known as first press fish sauce, the condiment’s top-quality tier; it has a crisp saltiness and sweet aftertaste, and some producers may keep it for their friends and family only. After the first extraction, more salt and water are added into the barrels so the fermentation can continue for first-grade fish sauce. Each subsequent cycle of addition yields a lower grade, which lacks the nuanced savoury-sweet balance found in earlier extraction.

Known for its 200-year-old traditional craft, Phú Quốc, Vietnam’s largest island situated in the Gulf of Thailand, makes one of the highest-quality fish sauces. Local fishermen even drink it to warm themselves before a trip on the sea.

How do you use fish sauce?

Few family-style meals in Vietnam would be complete without a small bowl of fish sauce and bird’s eye chilies for steamed vegetables, meat, or fish. It’s the base for nước chấm, the dipping sauce for spring rolls and dressing for vermicelli bowls. As a seasoning, it’s most prominent in marinades and braises, while playing a more subtle role in broths.

In Thai cuisine, it is the main salting agent. “Any Thai salads wouldn’t taste right without fish sauce,” says Pailin Chongchitnant, chef and creator of the popular YouTube channel Pailin’s Kitchen. To her, the saltiness in a good fish sauce shouldn’t be jarring, but have a smoothness and sweetness to it.

Wesley Altuna, owner of Filipino delivery-only restaurant Bawang, uses fish sauce to shape the flavour of a dish and salt towards the end of his cooking for final adjustments. He says the combination is the backbone of many Filipino dishes, including pinakbet, a mixed vegetable stew, and a tomato-based chicken stew called afritada.

If you’re unfamiliar with its strong smell and briny taste, Chongchitnant advises starting out using fish sauce in recipes where it’s traditionally used before experimenting. But from there, the sky’s the limit: any soups, stews (especially chili), and meaty sauces such as Bolognese will benefit from its robust umami notes. Once you’re comfortable with the intensity, follow Chongchitnant’s lead and drizzle some onto your avocado toast or omelette.

Chef Mai Le at Vietnamese restaurant Vịt Béo uses fish sauce in her tomato sauce to counter the metallic taste in canned foods and round out the flavour of the whole dish. “It opens the idea of adding sugar for balance, but not sugar to make things sweet,” she says.

Fish sauce also offers a unique touch to her creations. “Whenever I cook, and whenever I try new dishes, I’m like, could I put fish sauce in this?” she says. She has even added it to her chimichurri and crudo.

How do you shop for fish sauce?

“The fewer ingredients there are on the label, the better quality it is,” Chongchitnant says. Red Boat, a premium brand made in Phú Quốc, only contains anchovies and salt, but other good fish sauces may add sugar (or other sweeteners) and water as well. These aren’t necessarily bad, as the ingredient list alone doesn’t tell you how much the first extract has been diluted. Some brands display nitrogen concentration (degrees N), an indicator of the protein content in the sauce: those with 30 N and above are considered high-quality. And absolutely stay away from those with artificial colours. “If they need to add colour, you’d better believe there’s very little fish liquid in it,” Chongchitnant says.

If you’re looking for your first bottle of fish sauce, Le suggests starting with Squid, a widely available Thai brand. While it tastes saltier than other brands, it doesn’t smell as intense. For Chongchitnant, the beginner fish sauce is Việt Hương (or Three Crabs), which is milder than its Thai counterparts and thus compatible with Vietnamese cuisine’s subtle flavour. In the mood for a splurge? Try Red Boat, which has a smooth aroma and full-bodied texture. Save this for when you need a dipping sauce or add a finishing touch to your dishes.

You’ll have more options when shopping for fish sauce at an Asian grocery store. But if you don’t have access to one where you live, Thai Kitchen is another good brand often found in mainstream supermarkets.

How do you store fish sauce?

Because of its high salt content, a bottle of fish sauce will last about two to three years on the shelf. It will not go bad at room temperature, but its smell will become stronger and its colour will darken visibly, Chongchitnant says. To preserve its quality, she refrigerates her fish sauce and closes the cap tightly after opening.