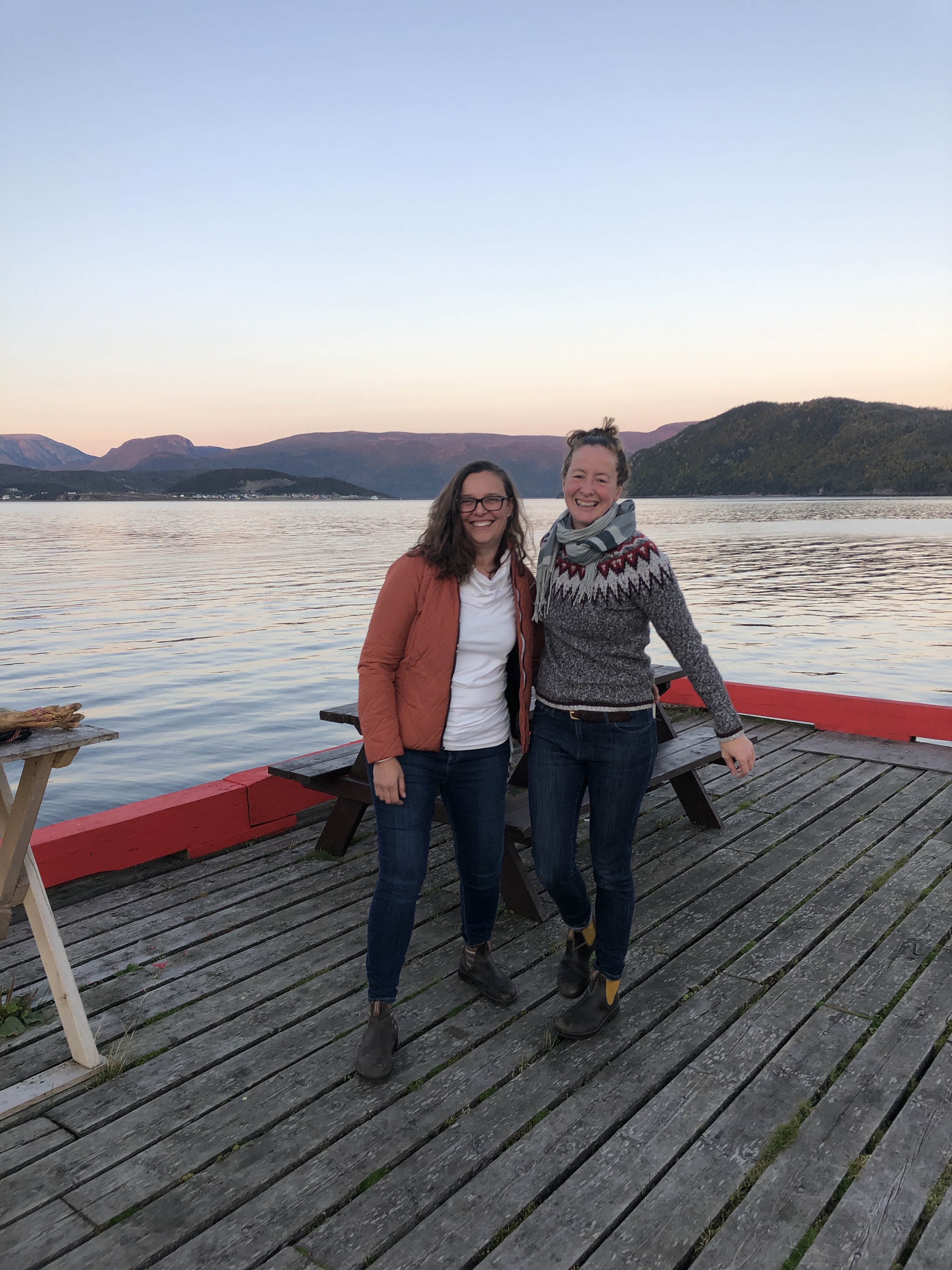 You could call it a meat-cute. For Lori McCarthy, it was just another wild game butchery class that she was teaching with her Avondale-based culinary excursion company, Cod Sounds. For Marsha Tulk, the class was a Christmas gift from her husband. Although she grew up on the west coast of the island hunting and butchering, she was squeamish with rabbits.

But when Tulk kept raising her hand with correct answers to questions about skinning and butchering, McCarthy recognized that she was well ahead of her classmates. When COVID hit and McCarthy finally had time to write her long-awaited cookbook, she knew it was Tulk she needed to partner with. Tulk, a photographer and recipe developer, has been slowly developing hundreds of her grandfather’s negatives since she found them in his attic darkroom in university which depict hunting, fishing and dozens of family picnics on the west coast of the island.

Their new cookbook, Food, Culture, Place, not only offers a seat at the Newfoundland table but also in the dory, on the trail and in the back of the side-by-side ATV—the recipes only feature wild ingredients. It is part history lesson through photography, part wild food cookbook, and part foraging guide.

It teaches the reader how to skin herring, ferment Japanese knotweed, and even gives a knitting lesson on vamps, a traditional Newfoundland slipper. Food, Culture, Place is as much a celebration of Newfoundland food as it is a way to reconnect with the ways of days gone by.

I spoke with both authors about family photographs, seasonal cooking and place, and had a laugh (or 10) about the painstaking process of whittling down the recipes from a treasure trove of options they both have collected over the years. 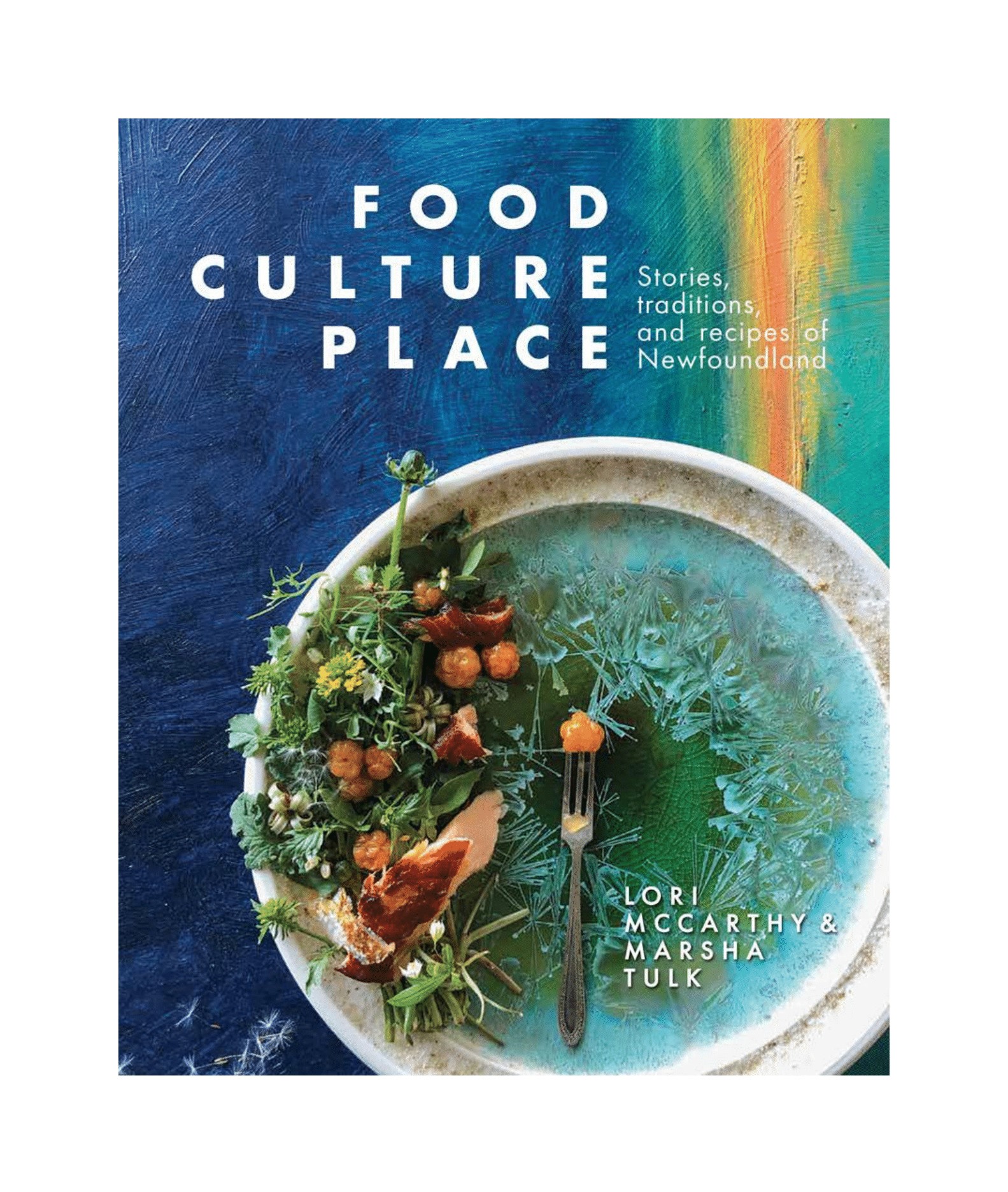 There are many historic photographs in the book. Marsha this must have been quite the task to wade through all the old negatives from your grandfather for the book. How did you do it?

Marsha Tulk: I’m still doing it. I have 600 plus of his original negatives so I’m archiving them, hounding my father because he’s the only one left who would know anyone in the pictures. There are pictures that my father has never seen, pictures of him and his family, and the places that he’s been and all the west coast where he grew up.

Lori McCarthy: I love that this is being put back on the table now. The opportunity for you to go through all of those and that moment to connect with your dad asking him who is in the image, then your dad tells you a story. That’s the purpose of this book.

So many times, we would come up with an idea for a recipe, and we would say, “no one is ever going to make this recipe because it’s so complicated.” Like the deboning rabbit with the roulade. But that’s okay if no one makes it: it’s more about the recipes, so much more about taking a moment to stop and have that conversation with someone.

Tulk: And to go back now and start asking questions. Because if you don’t do it now, the time will come where you won’t be able to.

People from outside Newfoundland would expect a cookbook like this to be teeming with seafood recipes, but it isn’t. Why?

McCarthy: When people travel here, they think it’s going to be seafood markets, seafood this, seafood that; but there is more than seafood in freezers in Newfoundland. But that’s the story. That’s how we eat.

Moose recipes—like carpaccio with sweet gale aioli and pastrami with cabbage sauerkraut—feature quite heavily. Why was it important to you to feature wild game?

Tulk: Because it’s more from here. There are things in the book that you can only get here, so we wanted to focus on that instead of being like “okay, everyone knows Newfoundland for cod.” Let’s put a focus on all the other things we grew up eating, or that my father grew up eating, that we’ve forgotten about.

How did you narrow down the recipes for the book?

McCarthy: Marsha kept saying: “No more!” Now there’s already talk of the next book. The focus of this one was to be completely wild food, but then there are all the other options. Making homemade bacon from the pork that I butcher, or Marsha butchers, is such a staple ingredient in our cooking. But no, homemade bacon is a farmed meat, so we didn’t do that for this one. It became the running joke: “That goes in the next one.”

In Newfoundland, you can now go to the grocery store for strawberries any time. What advice do you have for those who want to try and eat more with the seasons?

McCarthy: I would go back to the old people and talk to them about what they ate, and when. That’s how it started for me: I started interviewing my nan and pop. Same as in the book, you harvest rabbit in the fall. Then, how does it show up in the pantry in February? And what do we do with it then? It becomes an evolution of a product you get at a particular moment. The seasons are so short for this food. Like strawberries. Mom would say she never bought strawberries, that she waited all year for the first taste. When you start taking an intentional moment to realize you’re picking blueberries and you’re not going to get to taste another blueberry for a whole other year. I think it’s just being aware of that.

Tulk: I think you appreciate it more if you give a little more intent. Because if you know the blueberries only happen at a certain time, you go out and research where they are, you go out and pick them, you clean and then you put them away for your blueberry duff at Christmas time. They taste so much better once you realize that. You’ll never stop doing it.