Why Everyone Is Talking About Canadian Butter Right Now

'Have you noticed it’s no longer soft at room temperature? Watery? Rubbery?' 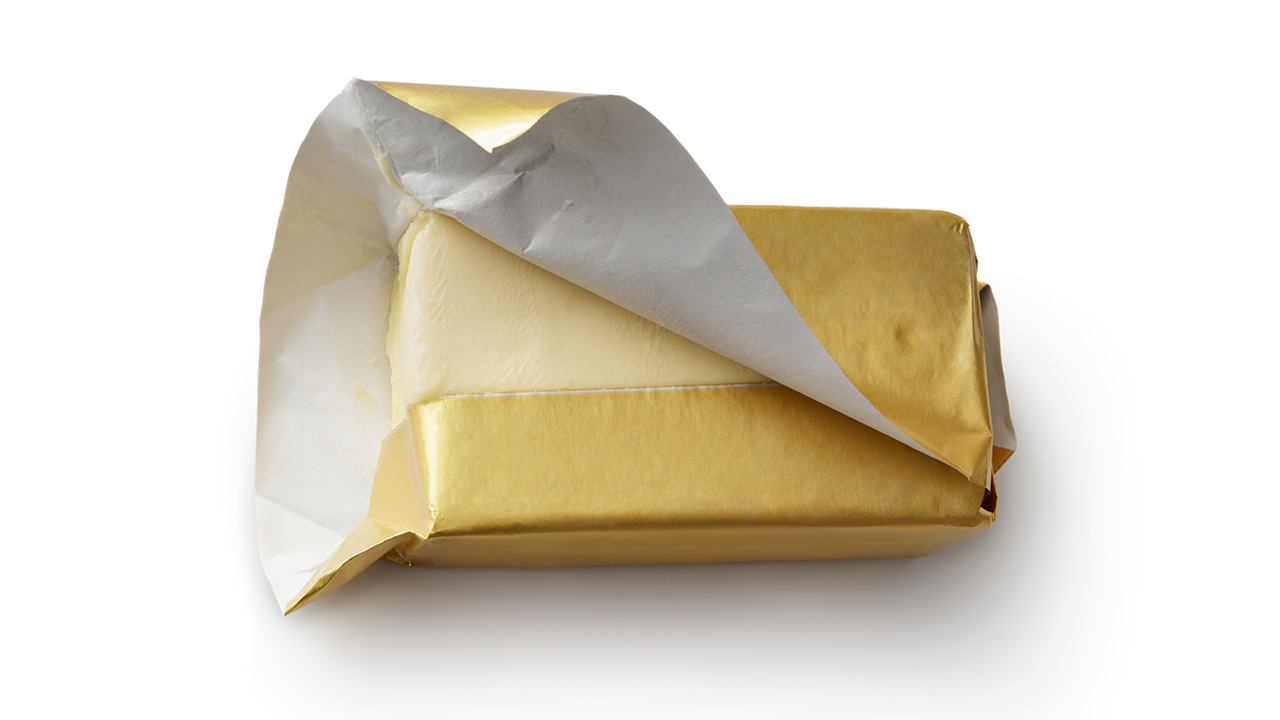 As we bake our way through the COVID-19 pandemic, Canadians have noticed something is up with our butter—namely, that it’s no longer soft at room temperature. Many thought they were imagining it. Then, on February 5, Calgary-based cookbook author and food writer Julie Van Rosendaal tweeted, “Something is up with our butter supply, and I’m going to get to the bottom of it. Have you noticed it’s no longer soft at room temperature? Watery? Rubbery?” She got hundreds of replies across Twitter, Instagram and Facebook.

“It was crazy. Everybody said the same thing, ‘I thought it was just me’ or ‘We thought our house was too cold,’” says Van Rosendaal. “But the fact that it was so prevalent and right across the country, made me realize that it was something bigger.”

Van Rosendaal decided to investigate, and wrote about her findings in a February 20 article in The Globe and Mail. In short order, Canada’s dairy industry, which adds nearly $20 billion a year to Canada’s GDP, initiated a review of its practices. The issue has garnered media attention in the United States, United Kingdom, Ireland and Australia. Comedian Jimmy Fallon joked about Canadian butter on late-night television and renowned butter lover and chef Nigella Lawson thanked Van Rosendaal for her “sterling work on behalf of butter” on Twitter.

So, what is happening with Canadian butter?

When starting her investigation, Van Rosendaal thought the most likely reason for the issue was that something in the feed given to dairy cows was altering the fatty acid profile in the milk used in butter. Then she received a direct message on Instagram from someone who had worked in the livestock feed industry. The person suggested supply chain disruptions due to the pandemic may be to blame and mentioned that dairy feed uses palm fats and molasses shipped from overseas.

“That was like an instant connection, because palm fats are very high in saturated fat and something I would not have thought was in dairy cow feed,” says Van Rosendaal. She discovered palmitic acid, which is derived from palm oil, is marketed as a supplement to boost milk output and increase butterfat, which is a marker of a cow’s health and improves the nutrient quality of the milk.

“There were actually a lot of studies that showed a correlation between the supplements and the saturated fats in the milk,” Van Rosendaal says. For example, a 2019 study that she cites in her Globe article states that palmitic acid will increase the melting point of butter and affect the texture of cheese.

Something is up with our butter supply, and I’m going to get to the bottom of it. Have you noticed it’s no longer soft at room temperature? Watery? Rubbery? pic.twitter.com/AblDzGiRQY

Meanwhile, Sylvain Charlebois, director of the Agri-Food Analytics Lab at Dalhousie University, had been working with dairy processors since last October when reports of “non-foaming milk” began to escalate, as noted by a memo from the British Columbia Milk Board. Charlebois believed an acid could be to blame. He was quoted about the issue in an article in Le Journal de Montréal in mid-February. In a February 21 editorial in The Globe and Mail, he wrote that milk is a public good in Canada, due to our government supply-managed system and $1.75 billion in taxpayer-funded compensation to the dairy industry to offset a loss of market share due to free trade agreements. “Butter is also more expensive here than in most countries. And we’ve accepted all of this, as part of the social contract we have with the industry. In return, we expect quality. I think people saw a breach in that moral contract,” he told Chatelaine. Over the last few weeks, media outlets in Canada and abroad have been calling on him to share his findings.

“I hope this attention around the world influences people to look at the feed where they are, because it’s not just in Canada,” says Van Rosendaal. Palm oil supplements are used in other countries, including the United States, Australia and New Zealand. She notes that people she spoke to from the U.S. and Australia had also noticed their butter was firmer.

What is palm fat?

Palm oil and palm kernel oil are highly saturated fats. Palm oil comes from the fruit of oil palm trees, while palm kernel oil is taken from the kernel in the middle of the fruit. Palm-kernel oil contains palmitic acid and is widely used in packaged foods such as cookies, instant noodles and bread, as well as in products like makeup and shampoo. Many people avoid eating or using products with palm oil, as it contributes to deforestation, which is linked to climate change and is also destroying the habitat of some endangered species, including orangutans. The World Health Organization
has also reported that a higher intake of palmitic acid is associated with coronary heart disease risk.

Why are consumers noticing this now?

Canadian dairy farms started using palm fat in feed about 20 years ago to add calories or reach the butterfat needed to meet a quota in Canada’s supply-managed system (this system requires a farmer to produce a certain volume of their product). “The researchers I spoke with said higher doses, like over 300 grams per cow, per day, was where they started to see the connection in the palmitic acid transferred to the milk,” Van Rosendaal says. When she looked though, she saw that some livestock feed companies that sell palm fat-based supplements suggest a daily ration of 400 to 900 grams per cow.

Canadians are buying more butter, too. According to Dairy Farmers of Canada, retail sales of butter were up 12.4 percent in 2020. Meanwhile, there was a larger-than-usual cull of dairy cows last year due to a reduced demand for milk when schools and restaurants closed due to the pandemic. This followed a general decline in Canada’s dairy cow population over several years.

“Farmers are needing to produce more butter to meet their quotas with fewer cows,” says Van Rosendaal, referring to Canada’s supply-managed system. Each year’s total supply is determined based on the previous year’s consumption. The system also limits the amount of imports coming in at low or zero tariff rates and sets the minimum price processors must pay farmers for their products. 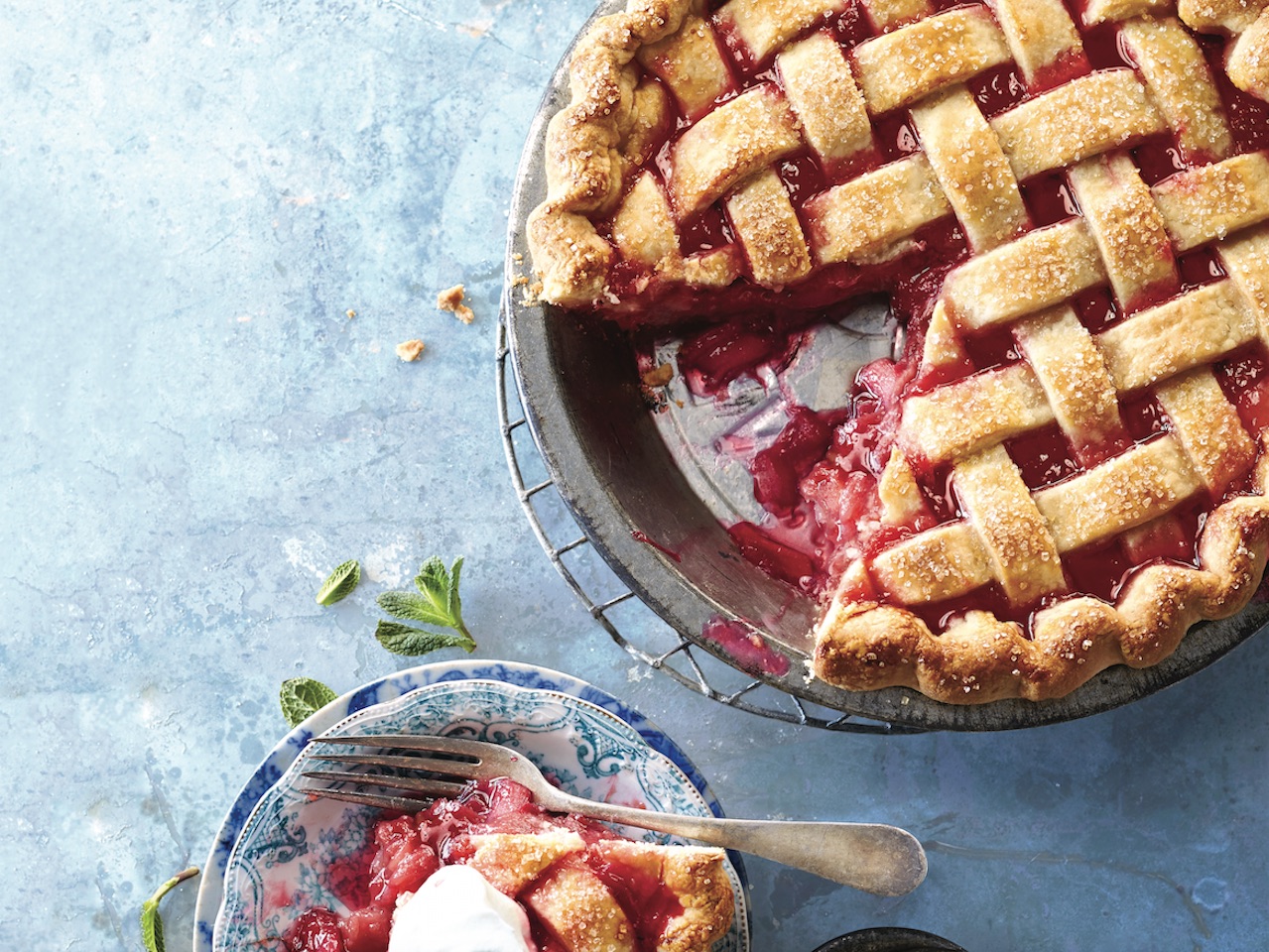 “I often found room-temperature butter firm enough to work into pie pastry – in the past, I always made sure it was fridge-cold for optimal texture,” Van Rosendaal wrote in the Globe.

How has the dairy industry responded?

The Dairy Farmers of Canada is putting together a working group to study “fat supplementation in the dairy sector” and is recommending that producers use alternatives to palm oil for the time being. Quebec Dairy Producers and Alberta Milk have also asked farmers to choose alternatives.

“I think it’s amazing that the industry has responded already,” says Van Rosendaal. “It’s fantastic the consumer response is really driving how the industry deals with it.”

Charlebois is looking forward to research into the connection between what is fed to animals and changes in butter at the retail level. “That’s the connection we don’t have. We are assuming a lot of things,” he says.

Calling the industry’s response to consumer concerns “historic,” Charlebois says it will take time to find a comparable supplement. “Because this came out of nowhere, I would expect butter inventories to get low,” he says. “And it will probably get more expensive too. If farmers are not allowed to use palmitic acid, they won’t be able to reach their quotas. There is no easy fix.”