How To Shop For Fish And Seafood Without Wrecking The Planet

Buying fish can feel like an ethical land mine. Here’s what to look for at the grocery store. 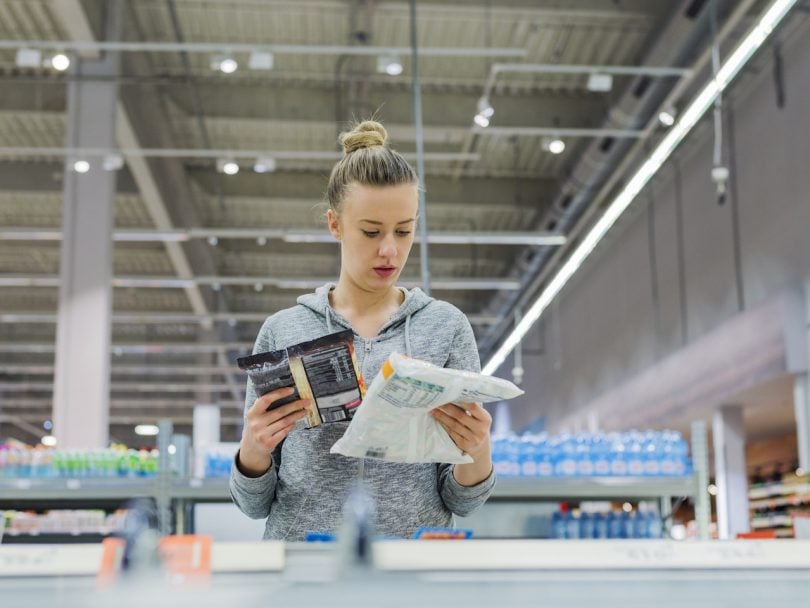 It’s delicious. It’s healthy. Doctors boast about its benefits for the brain and heart. And the recently revised Canada Food Guide recommends at least two servings per week. What’s not to love about seafood?

To begin with, a lot of the fish and shellfish in Canadian supermarkets is harvested in ways that are ecologically disastrous. Longlines, which are used to catch such fish as halibut and black cod are barbed with thousands of hooks that indiscriminately kill sharks, seabirds and anything else that swims by. Bottom trawling (used sometimes in cod and rockfish fisheries) scrapes the seafloor clean. According to the World Wildlife Federation, the number of fish in the ocean has fallen by half since 1970, and 90 percent of the world’s fisheries are overexploited (ie. we are catching too many). The industry is also rife with human-rights concerns, from child labour to slavery.

Canada’s lax labelling laws make things even harder for ethical shoppers. Canada only requires that seafood be labelled with a generic common name, not a proper species (more than 200 individual fish species can be listed as simply “snapper”), and there’s no requirement to indicate where or how a product was caught.

But it is possible to enjoy your seafood without a side of guilt—if you know what to look for. We talked to seafood connoisseurs, from chefs to fisheries experts, to learn how to sustainably navigate the freezer aisle and the fish counter at the grocery store.

Eco-labels are supposed to do the hard work of sifting through sustainability question for us, stamping the best products with a seal of approval. Canada’s leading eco-labels found on products in your grocery store include Ocean Wise, the Marine Stewardship Council (MSC) and the Aquaculture Stewardship Council (ASC). Ocean Wise labels products as recommended or not, and products with the MSC blue fish label demonstrate to shoppers that the product has met the global gold standard for sustainability. So looking for that little label on the packaging is simple, right?

Not entirely. Seafood supply chains are exasperatingly complex. The health of individual fisheries changes from year to year, and not all eco-labels address every aspect of sustainability. Ocean Wise, for example, doesn’t require restaurants selling approved products to have full chain-of-custody auditing, proving that the fish was sustainably sourced. And in 2017, seafood watchdog SeaChoice released a report on Canadian eco-labels, critiquing the MSC for—among other things—re-certifying fisheries that failed to meet MSC requirements, and allowing overly generous timelines for improvement. But SeaChoice’s Shannon Arnold, an author of the report and marine policy coordinator with Nova Scotia’s Ecology Action Centre, says eco-labels are still much better than nothing. “There are some issues,” she says, “but if you’re choosing between something eco-labelled and something not, always go with the first.”

Shoppers can also choose where to buy seafood using an online resource called Seafood Progress, created by SeaChoice. It ranks Canadian grocery stores on 21 “performance indicators” that determine whether they’re really walking the walk on their commitments. “They all have sustainable procurement policies,” says Arnold of the major chains, “but whether they’re following their own commitment is another question.”

Define what sustainability means to you

“There are different dimensions of sustainability,” says Megan Bailey, an assistant professor and fisheries expert in the Marine Affairs Program at Halifax’s Dalhousie University. She advises consumers to simplify sustainability by determining what aspect is most important to them: “That’s something no one else can answer. Is it about being local? Is it about ecological sensitivity? Or about supply-chain ethics? It’s hard to find all three in one product.”

That might mean prioritizing one facet of sustainability over others. Bailey says that since she has a fussy kid at home, her seafood options are a bit restricted, so she prioritizes local. “For me, contributing to the economy of this region is important,” she says. “That won’t be the same if you’re in Toronto.”

Just because a product lacks an eco-label doesn’t mean it’s unsustainable. If a package has no eco-label, but does indicate where a product was harvested, you can fire up Ocean Wise’s website or app for further information. The federal government has mandated a “one-up, one-down” approach, meaning your grocer should be able to tell you the last place the product came from. That might just tell you where it was last processed, but if it’s fresh or frozen, it could lead you back to the source—giving you that much more information to plug into the Ocean Wise app, or make sure you’re supporting a Canadian product.

Toronto-based chef and MSC brand ambassador Charlotte Langley suggests mixing up your seafood with some more experimental options. “Grab some clams, some seaweed, try a new canned species,” she says. She’s especially keen on finding alternatives to superstar species like tuna and salmon. Not only are these species over-fished and over-consumed, many lesser-known alternatives are just as delicious. “Try some wild Canadian trout, arctic char, haddock,” Langley suggests. Char in particular, she says, is underappreciated. Most char in Canadian supermarkets is either sourced from recirculating aquaculture systems (which is a sustainable way of harvesting fish), or from Nunavut, Iceland or Alaska.

Bailey suggests choosing smaller fish like smelts, sardines or anchovies. These are low trophic fish, meaning they occupy a lower part of the food chain, and tend to reproduce more quickly, making them a more sustainable pick.

Bivalves such as clams, mussels, oysters  are even lower trophic, and a great bet. “Especially if they’re Canadian,” says Arnold. Scallops are also often a good choice, especially if they’re diver-caught (try to avoid dredged bivalves and shellfish because of the damage it causes to the area.)

If you still have a hankering for tuna, look for canned products that indicate “pole and line” or “one by one” fishing methods. You can find these in many supermarket chains.

“We need farmed seafood if we’re going to feed the planet,” says Langley, and properly farmed seafood is far better than unsustainably harvested wild food. Fish farming’s bad rap is due in large part to offshore, open-net pens, which allow waste, chemicals, pesticides and parasites like sea lice to become concentrated in one area, or enter the wild. They also create the potential for farmed fish to pass disease to wild populations nearby, or even escape.

In the past few years, technological advances have made land-based aquaculture—which eliminates the risk of escapes and interaction with wild populations—much more cost-effective. The most sustainable are recirculating systems, which filter and recirculate water in a tank, making them not only ocean-friendly, but far less water-intensive. Land-based aquaculture, as a rule, is a much better choice offshore farms. When in doubt, look for an ASC certification.

Just say no to those cheap shrimp rings

Seafood export is a huge industry in southeast Asia, but human-rights problems are rampant, including chattel slavery (forced labour) and child labour. And because of Canada’s lax labelling, something may be labelled as “product of Canada” but that could just mean the last place of processing. There are a few sustainable Canadian shrimp farms out there, however, including Ontario’s Planet Shrimp and British Columbia’s Berezan Shrimp, which sell their products mostly at fishmongers and high-end grocers.

In short, there are no guarantees. But if you keep your eyes peeled for ecolabels, buy low on the food web, and aren’t afraid to try something new, you’re already way ahead.

“Most people have a few favourites,” says Bailey, “so do a bit of work to identify species, brands, locations, the things you care about, and then take a few products you’re confident in and learn to cook them different ways. Seafood is so versatile—you can have limitless fun.”