This Delicious Summer Dessert Is The 'Ultimate Insider Food'

For a few weeks every summer, blueberry buns pop up in a few select bakeries in Toronto. You need to know where—and when—to look. 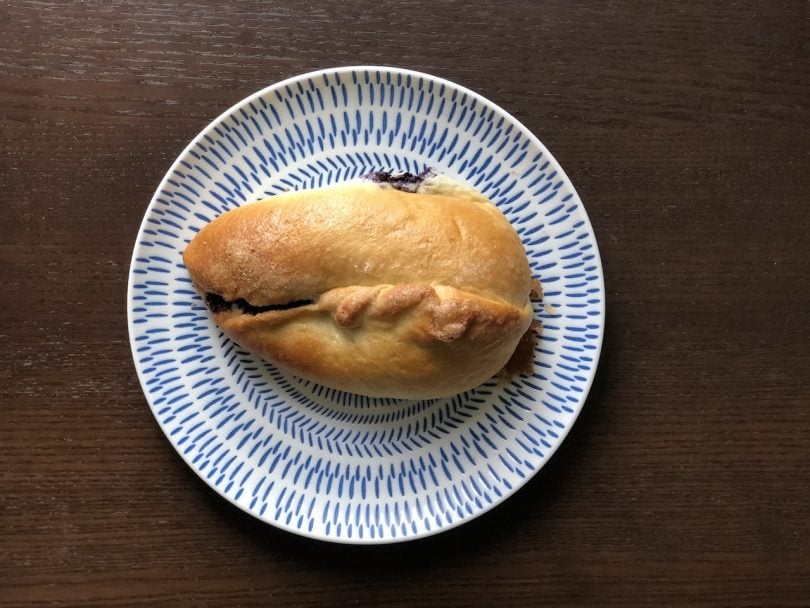 Toronto has plenty of notorious desserts—over-the-top cones, decked-out doughnuts and giant, buttery chocolate chip walnut cookies to name a few—but there’s another delicacy that has survived nearly a century of fleeting food trends. It looks like a cross between a danish and a turnover, with sticky purply-blue goo seeping out its sides. Blueberry buns (or shtritzlach in Yiddish) are found in many Jewish bakeries, but only in Toronto. So if you want to taste a piece of edible Jewish history, you’ll need to know where—and when—to look.

These sweet, yeasty buns weren’t invented here, but they do have a clear origin story. Folklore professor and blueberry bun scholar Jillian Gould traces them back to Annie Zuckerman Kaplansky, who brought these Ashkenazi treats to Toronto from her hometown of Rakow, Poland when she moved here in 1913. She began serving them in her downtown bakery—the legendary and much-missed Health Bread Bakery, which she opened in 1928. “When we started making them in the bakery—that was really something, they just spread like wildfire,” Kaplansky’s late son Kip told Gould in 2003.

Generations of Torontonians grew up eating blueberry buns from the city’s various Jewish bakeries—especially those along College Street, which are now but a sweet memory. “Blueberry buns are to Jewish Toronto what, say, smoked meat is to Jewish Montreal: one of those rare foods that manage to be at once vitally important to a specific community and almost unknown outside of it,” says food writer Matthew Goodman in his 2005 coobook Jewish Food. It’s a mystery, however, as to why blueberry buns took off in Toronto, yet not in other North American cities with a sizeable Eastern European (or Ashkenazi) Jewish community. Even after all Gould’s research, she still can’t answer why they never picked up outside of Toronto. “They’re the ultimate insider food,” Gould says. Unlike other popular Jewish treats (like rugelach and babka), if you didn’t grow up eating them, you’d probably walk right past them at a bakery.

Similar in appearance to Eastern European piroshky (but much sweeter) with their oblong, half-moon shape, blueberry buns look just like Pillsbury Pizza Pops. A good blueberry bun has a sweet, yeast-based dough with a shiny egg glaze, a sticky sprinkling of sugar on top and a runny blueberry interior—some are stuffed with fresh blueberries while others come packed with tangier blueberry pie filling. Jewish culture writer Michael Wex jokingly calls them a precursor to Pop Tarts. But one bad blueberry bun—dry and stingy on the blueberries—can turn you off of these treats entirely.

“The dough has to be not too thin, not too thick, it has to be the right consistency and there has to be fresh blueberries in it,” says Susan Wisniewski, co-owner of Harbord Bakery, a downtown institution that started selling the buns in 1945. When done right, the filling might squirt out or ooze down your chin when you bite into it—good luck if you’re wearing a white shirt.

Toronto’s Jewish bakeries and delis are dwindling. The city’s supply of Jewish-style baked goods—and blueberry buns—took a major blow in 2011 when the Open Window Bakery (the chain that bought out Kaplansky’s Health Bread) shuttered after 54 years in business. But a few riffs on Kaplansky’s original recipe live on at the remaining old-school bakeries like United Bakers, Gryfe’s and Hermes. At Harbord Bakery, they’re available for about five weeks during the summer months, when blueberries are at their peak. 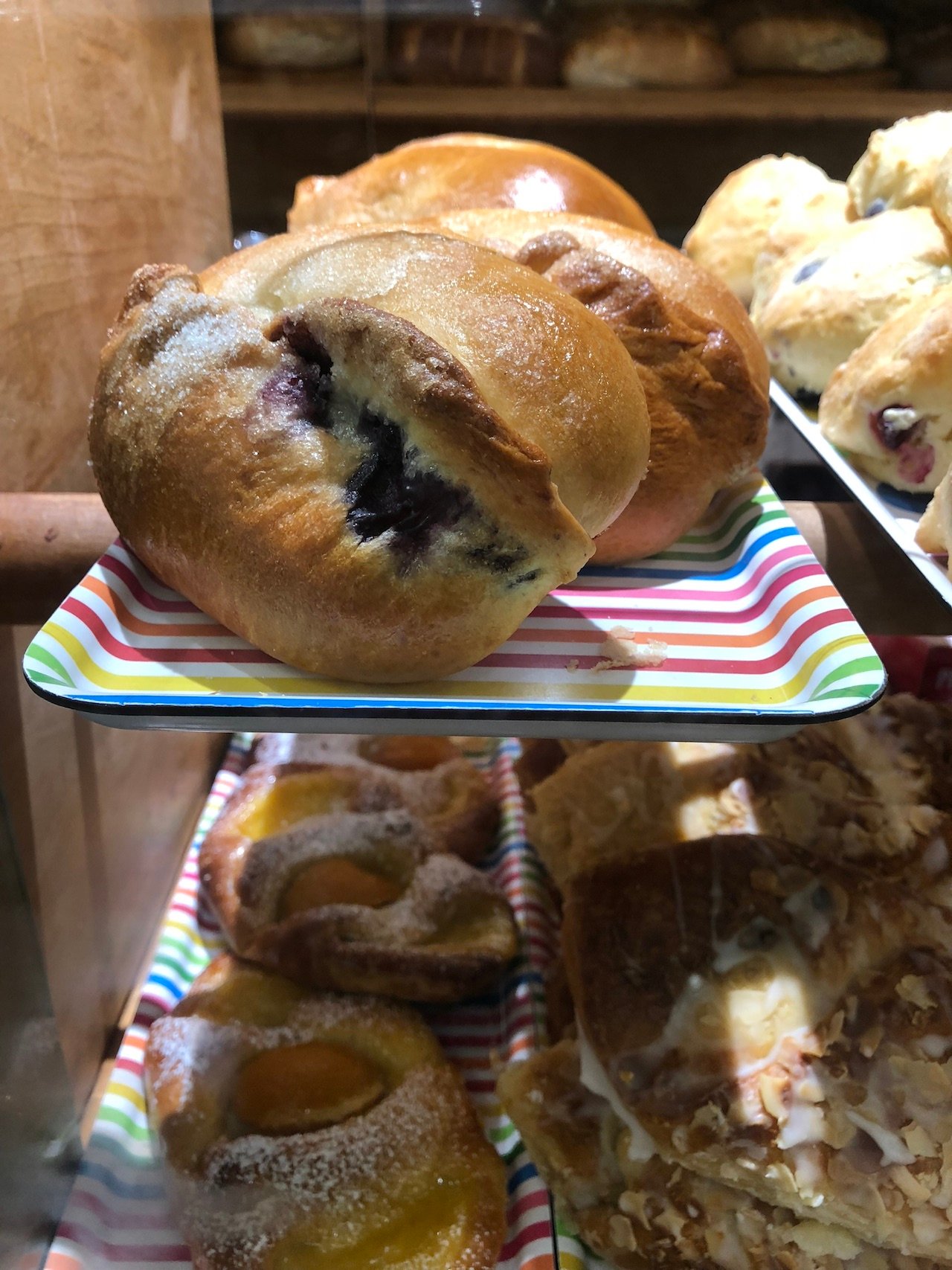 Rose has fond memories of eating blueberry buns when he accompanied his mom on trips to Open Window Bakery. At Schmaltz Appetizing, a smoked fish and bagel joint, he challenged pastry chef Nicole Bilyea to create her own take on the blueberry bun. Hers are a departure from tradition—they’re rectangular in shape with a thinner, crumblier crust and cinnamon-streusel topping, kind of like a handheld pie.

And blueberry buns have finally made their way out of the city’s Jewish bakery bubble. Recently, they’ve gone beyond the GTA and all the way up to Sudbury. Last summer, John Lindsay, chair of the Sudbury Blueberry Festival, introduced a Toronto blueberry bun competition into the annual event. He and his team asked amateur bakers to recreate Open Window’s most famous recipe using the city’s wild blueberries. It was a fitting addition as Sudbury has a long history of sending its abundance of wild blueberries south—in 1933, for instance, Sudbury sent 94,248 baskets of blueberries to the province’s capital. “What happened to all of those northern blueberries once they arrived in communities to the south?” asks a Sudbury Blueberry Festival news release.

Back in Toronto, it’s hard to say whether or not blueberry buns will ever become as popular as they were just a few decades ago. Even though they’re now available at a hip restaurant, they just don’t have the same nostalgic cool factor as babka or rugelach. But for some Jewish Torontonians, they’re just as special—they’re a memory food that bring many back to a summery, carefree time in their lives. And for now, you can still taste a piece of this local history at the remaining bakeries carrying on one of the city’s longest running food trends—and if you do, don’t wear white shirt.

From Jewish Food: The World At Table by Matthew Goodman