What’s The Best Container For Beer—Cans Or Bottles?

We weigh the environmental factors (and the taste!) 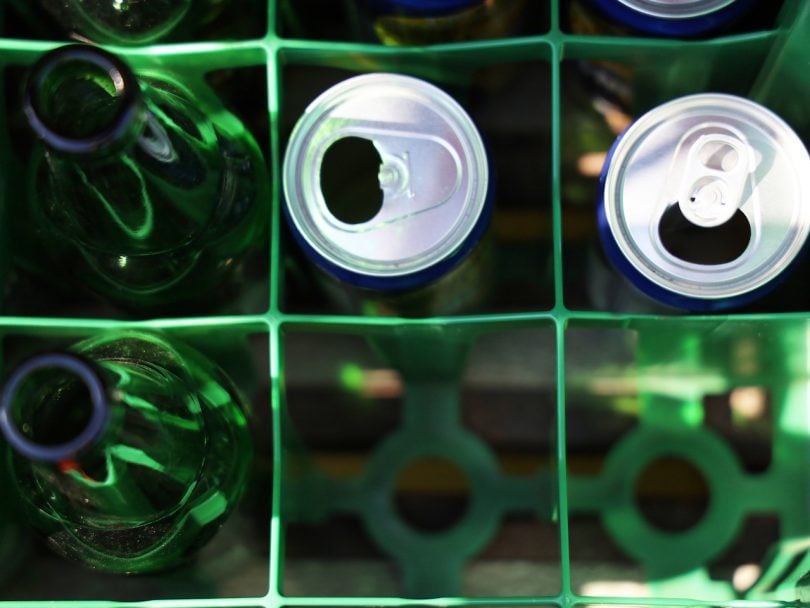 From corked bottles, to capped bottles, to stubbies, to cans—in Canada, our beer packages evolve over time. About ten years ago, we were crazy for growlers and bombers (a 500-ml brown bottle). These days it’s all about the can—in fact, 62 percent of beer sold in Canada comes in cans, and only 28 percent in bottles. But is there one container to rule them all? I went in search of the vessel that will both keep your beer the freshest and have the lowest impact on the planet. Here’s what I found.

Flavour: Beer is like liquid bread—it develops stale flavours over time, and oxygen is one of the biggest contributors. Bottles have more empty space at the neck than cans, and that residual oxygen will stale your beer faster. Plus, there’s the “lightstruck” issue. When sunlight or fluorescent lights shine on beer, it reacts with the hops to create a skunky aroma. Brown bottles protect beer from 99 percent of those harmful rays, but green and clear bottles let the sun shine in, so unless you like beer that smells like skunk spray, cans are a winner here, too. (Pro tip: Some beer companies that package in clear bottles use a special type of hop extract that won’t give off that skunky aroma, including Miller Lite, MGD, Sleeman Original and Sleeman Clear.)

Eco-Footprint: According to Calvin Lakhan, a waste expert at Pollution Probe, and professor of waste resource management at York University, cans are better environmentally than bottles overall. “Making glass is very cheap and not very energy intensive, but the fact is that municipalities don’t want glass bottles in recycling system because they break and a lot of recycling facilities will reject them, so a lot of them don’t get recycled,” he says. But as with most waste issues, the answer to whether cans are bottles are best for the planet isn’t clear cut. For example, if you can return your bottles to a beer or liquor store where they’re then cleaned and reused, their eco-footprint is ten times less than that of a can or bottle that is made from virgin materials.

Flavour: Cans keep beer fresh and flavourful the longest–they’re sealed under pressure so very little oxygen gets in, and they protect the liquid from any harmful rays. However, they do warm up faster than thicker-walled bottles. Also, cans are lined inside with a protective seal that prevents any metal taste coming through—so that old yarn about cans tasting like metal is a myth.

Eco-Footprint: Manufacturing a can is more energy intensive than making a glass bottle. But there’s where its eco fails end. When it comes to single use vs bottles, “The can is the preferred environmental solution because it’s made of aluminum or steel,” says Lakhan. “These are high-value materials that have an insatiable demand by recycling end markets, so the chances of it being recycled are higher than that of bottles.” Cans are also lightweight, so their greenhouse gas emissions during transport are 40 percent lower than that of bottles or growlers.


Flavour: Popular in the 19th century as a way for drinkers to bring a jug of beer home from the pub, this oversized refillable glass container made a big comeback about ten years ago. That’s because craft breweries found it a handy way to sell limited-edition beers straight from the brewery, without forking over the cash for an expensive bottling or canning line. Plus, pouring beer from a jug to share with your friends is super fun, am I right? But there is some bad news: Growlers kind of suck, flavour-wise. A growler has a lot more headspace (and hence a lot more oxygen) than bottles or cans, so beer inside only lasts for two weeks maximum before staling flavours hit it hard. The good news is that if you drink your beer before then it should be fine—just try to do it all at once rather than opening and resealing. When you open your jug, tons of carbonation gets released so if you do reseal it be sure to drink it within 48 hours—even then, the beer will be noticeably flatter than before.

Eco-Footprint: Although he hasn’t studied the growler, Lakhan says it might be the best solution of the three—as long as people actually reuse them over and over again. “Whenever we have an option to reuse versus recycle, reuse should always come first. So as long as you re-use it 15 to 20 times before you break it, it should be the lowest impact.” Unfortunately for the planet, the growler is going out of fashion in some cities, because breweries are now using mobile canning lines to package small runs of beer instead of opting for a growler station. However, the growler is alive and well at many breweries and cideries, and prices are often cheaper buying the same liquid in a new bottle or can.

For Flavour: Cans are the clear winner.
For Sustainability: Growlers are the winner as long as you know you’ll use them repeatedly. Bottles that you return to a liquor depot for reuse come second. And if you’re only using them once, then cans beat bottles.